Nick Luck will announce the winners in free-to-view ceremony

This year’s Thoroughbred Breeders’ Association National Hunt Awards evening is to be held virtually later this month on Wednesday, August 26.

Following the cancellation of the dinner in May due to restrictions during the coronavirus lockdown, the annual event moves to an online platform and will be hosted by Nick Luck.

Beginning at 7pm, breeders, owners, trainers and enthusiasts are invited to join Luck as he announces the winners of the 14 awards and conducts live interviews during the ceremony.

To register, please contact the TBA office on 01638 661321 or email info@thetba.co.uk for the registration link.

The pair were last seen finishing second and fourth behind Mohaather in the Group 1 Sussex Stakes at Goodwood.

That number includes the Peter Chapple-Hyam-trained Bharani Star, who looks set to be one of the last runners in the UK for Phoenix Thoroughbreds after the decision to cease racing interests in this country was announced on Tuesday.

The Queen’s homebred Award Scheme is perhaps the standout in the field having won her last two starts, including her most recent at Yarmouth by an impressive five lengths.

There are also Flat meetings from Bath, Hamilton and Leopardstown while Tramore hosts a mixed card of Flat and jump racing. 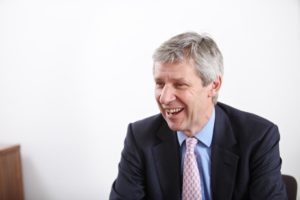