At this time of the year it is customary to celebrate the achievements of the racing and breeding industry over the past 12 months and to make predictions for the year ahead. Unfortunately, 2010 has not been a vintage year by industry standards and the challenges that we faced are far from behind us as we look towards 2011.

The process of moving on the final pre-recession foal crop through the 2010 yearling sales season was always going to be painful for breeders and consignors. The depressing declines in prize-money added to the Industry’s woes and, whilst we will not see British and Irish combined foal production at the 2008 level again, ultimately a return to a healthy position will depend on racing’s ability to secure agreement for a sustainable and meaningful prize-money mechanism, and to maintain an attractive sport which equally appeals to investors and race-goers.

Forgive me if I don’t devote this column to the Levy debate, but I am confident that through my opposite number at the ROA, members will gauge the strength of feeling we share over this situation. From a breeders’ perspective I will, however, note that if racing fails to secure an adequate return from the Levy Determination, the breeding industry will ultimately find itself in a backwater, in international terms. I fear that without a strong racing base, the attraction of British-trained horses to overseas buyers, on which our industry has become so reliant, will ultimately diminish and with it the prospects of reinvestment by the home market.

So, what lessons can we hope to take forward from this situation? My predecessor Philip Freeman recently observed that 2010 was the most unprofitable year for breeders for more than a decade, with the recession following on the back of the highest level of stallion fees only two years earlier.

This year’s sales have taught us that whilst proven sires are a safer option for the near future, the attraction of first-season sires remains. The market is particularly picky and mare owners must be equally selective in the months ahead. Fortunately, the 2011 British-based stallion roster will provide us with an excellent choice of new and proven sires, giving encouragement that breeders can keep their broodmares in Britain, reducing production costs, as well as continuing to attract overseas mares.

British racing and breeding is supported by some of the finest professional expertise and our racecourses continue to be the envy of the world. We must not lose sight of these attributes and ensure we promote British racing both to retain strong national interest in the sport and to maintain its worldwide reputation. Whilst short-term gimmicks might encourage the general public to flock to our racecourses, it is vital that we, the industry, ensure we are doing the best we can for the long-term health of our sport.

That is why it is all the more worrying that a man of Jim McGrath’s intellect, coupled with his passion and knowledge of what makes our sport so attractive, has no choice but to resign from the Chairmanship of the BHA Racing Committee. This was in response to the Racing For Change British Champions’ Series proposals, which he believes will make British racing worse and weaker but are, nevertheless, being pursued at the highest levels. For the record, some months ago through this column, I stated my personal concerns at the BCS proposals, which I have reiterated on a regular basis.

However, in response to these concerns, we hear that we “do not have the option of doing nothing”, but that is surely not enough justification on its own. The proposals have implications for the British race programme, our position within the European Pattern Committee and racing programmes throughout the world, and lead to critical funding demands on top of an over-stretched budget. This poses the question: “What future funding arrangements have been made for BCS beyond the first year, which has been underwritten by REL, should RFC fail to attract a sponsor?” Now is the time for racing to listen to these real concerns. Dare I venture to suggest that, in the current economic climate, would it not be wise to undergo a reality check, and give serious consideration to delaying these proposals until racing can be more confident about its future? 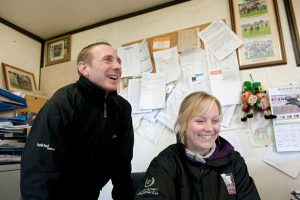 Up Next
Richard The Kingmaker