RCA could split over Members’ Agreement

Failure to back tripartite structure causing friction between racecourses

By The Owner Breeder staff 30 September 2015

Thoroughbred Breeders’ Association Chairman Julian Richmond-Watson has warned that the Racecourse Association (RCA) could split following its refusal to sign up to the Members’ Agreement, the tripartite structure set to herald a new dawn for decision-making at the top of British racing.

While the BHA and Horsemen’s Group – which represents owners, breeders, trainers, jockeys and stable staff – have backed the tripartite system, the RCA is yet to make such a commitment, despite many of its racecourse members supporting the concept.

Richmond-Watson said: “The Members’ Agreement is absolutely the way forward and it’s causing real frustration, certainly from the Horsemen’s Group perspective and also for a lot of tracks.

“We need a way of making decisions at the top of racing whereby the interested parties all sit down together and come to an agreement. We won’t all like the decisions but if we want to take the sport forward, then we need this new structure.

“There is no guarantee that the RCA will sign up but plenty of racecourses – perhaps even most – would. Will they choose to break away from the RCA? I don’t know the answer and I hope it doesn’t happen – racing would look very silly if it did, especially with government over the racing right. Hopefully, with a new Chief Executive at ARC [Martin Cruddace], there will be some pragmatism and they’ll come to the table.”

For the full interview see the October issue of Thoroughbred Owner & Breeder. 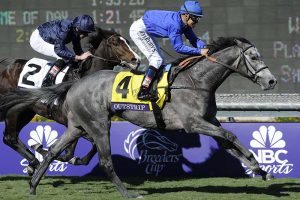