A team effort between sponsor OLBG, the BHA, TBA, Levy Board and Warwick Racecourse means that a valuable black-type opportunity for National Hunt mares has been saved.

The Grade 2 OLBG Mares’ Hurdle, which should have been run at Doncaster but was abandoned during the cold snap, will feature as the second race on a cracking card at Warwick on Saturday, February 9.

The Paul Webber-trained Alasi heads the list of declared runners but is an unlikely starter following her last-gasp victory over Champion Court in the graduation chase at Kempton on Friday.

Also in the line-up is the French-bred Kauto Shiny, whose dam Kauto Relstar is a half-sister to Kauto Star, and she is joined by last season’s Lanzarote Hurdle winner Swincombe Flame from the Nick Williams stable. 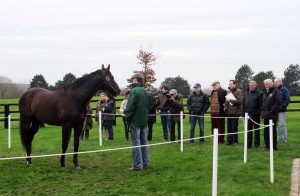 Up Next
French show great initiative