‘If it can encourage people to stay in the game a little bit longer, then that’s great’

At a time when grumblings over prize-money are never far away, Tattersalls can take deep satisfaction in the success of its Book 1 bonus, which awards £20,000 to the connections of a winning graduate out of the Tattersalls October Book 1 Sale.

The initiative was launched for the 2016 season and on Friday, celebrated the 300-winner landmark courtesy of Glenfinnan’s win at Haydock.

The winner is owned by Mick and Janice Mariscotti, who were celebrating their fourth Book 1 bonus, and is trained by Andrew Balding.

“This is the fourth £20,000 October Book 1 Bonus that we have won and it’s a great incentive for owners, especially in times when the lack of prizemoney is such an issue,” commented Mick Mariscotti. “We buy at Book 1 of the Tattersalls October Yearling Sale because it is proven as the best sale to buy a top-class racehorse, of which Coltrane is a great example. However, the icing on the cake is that if we win a Book 1 Bonus, it goes a long way towards paying for the training fees for the year.”

“It’s just one of those initiatives that has genuinely worked from the word go,” says Tattersalls’ marketing director Jimmy George. “It was quick to catch people’s imagination and has continued to do so. We realised very quickly how well it was working from the responses of the early winners and when one person said to ‘don’t send me the money [from a sale], please leave it in my Tattersalls account because I’m going to go and spend it at Book 1’, then you knew it really meant something to the recipients.”

Bonuses have naturally been won by several large owners but they have also been won by a number of smaller outfits, including syndicates; winners of the past six weeks, for instance, include Highclere Thoroughbred Racing’s Eximious and Kennet Valley Thoroughbreds’ Chartwell House.

“When that happens they’re thrilled and that is genuinely rewarding,” says George. “It makes a difference. The lion’s share of owners race horses because they love it and they’ll do it for as long as they can afford it, and this means they can afford it a little better. We’re averaging 47 winners a year – that’s a lot of happy owners. And if it can encourage people to stay in the game a little bit longer or buy horses to stay in this country or Ireland, then that’s great.” 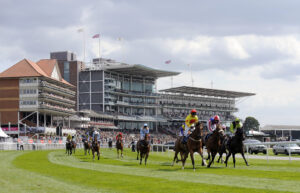 Up Next
ROA President talks hopes and headwinds at AGM