Despite being a 250/1 shot to be leading first-season sire when the Flat season kicked off at the end of March, Sixties Icon has roared out of the blocks, with four individual winners of five races, including Saturday’s Woodcote Stakes winner Chilworth Icon.

He now sits atop the freshman table, leading Henrythenavigator and Thousand Words on two winners apiece, while Astronomer Royal, Raven’s Pass, Tamayuz, New Approach, Captain Marvelous, Haatef and Sakhee’s Secret have each been represented by one winner.

In a season when the debate over whether Camelot should attempt the Triple Crown or go for the more obvious ‘stallion-making’ races, such as the King George or the Arc, it could hardly be a better time for a St Leger winner to be making such a promising start to his stud career.

Genetically, of course, Sixties Icon had every right to be a very good stallion, and not just a sire of early two-year-olds. Winner of the world’s oldest Classic, his parents both triumphed at Epsom. He is by Galileo out of Lordship Stud’s Oaks winner Love Divine, thus supporting the great old breeders’ adage of sending the best to the best.

What is encouraging for breeders who have supported him at Norman Court Stud, however, is that Sixties Icon’s winners to date, which include the dual Listed-placed Effie B, have been from relatively moderate dams, giving cause for hope that he is upgrading his mares, as all good stallions must. 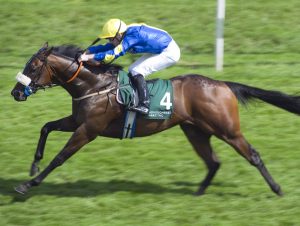 Up Next
Breeze-up boost from Caspar Netscher