A horse for all seasons
Stories

Surprises and success for British breeders

While the racing industry remained in political and financial turmoil, 2011 was a year of surprises and successes for British breeders, but still the economic background threatens livelihoods.

Frankel deserves all the plaudits. Horses are the sport’s most valuable ambassadors and it is therefore entirely appropriate that Khalid Abdullah’s colt should crown his season with a win in the QIPCO Queen Elizabeth II Stakes, at the inaugural British Champions’ Day at Ascot in front of an international crowd.

British breeding’s strong global reputation was attributed to the recent outstanding yearling sales results at Tattersalls. Our worldwide reputation must be protected and it is vital that the TBA plays its part, particularly as the domestic industry continues to suffer from insufficient funding.

In the final column of the year, I wish to highlight some of the TBA’s achievements, illustrating how we make a difference:

Looking forward to 2012, one of my priorities will be to increase our efforts to retain and grow the membership. Whilst the TBA cannot halt declining broodmare numbers, we need to strengthen our message that the service, support and benefits we provide means TBA membership is a necessity for professional and hobby breeders alike. 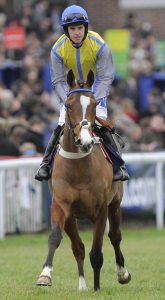 Up Next
A horse for all seasons