Colreevy stars on opening day of the Punchestown Festival
Stories

Stradivarius looks on course for a fourth tilt at the Gold Cup at Royal Ascot in June after he made a winning start to the season in the Group 3 Sagaro Stakes at Ascot on Wednesday.

In what was a first success since being beaten in the Prix Foy, Prix de l’Arc de Triomphe and Long Distance Cup, Stradivarius was held up by jockey Frankie Dettori as Stag Horn set the pace early.

Turning into the home straight Stradivarius was switched out to make his challenge and while he had to be roused a little, the seven-year-old soon made rapid progress to run down Nayef Road to take the lead a furlong from home.

The Roger Teal-trained Ocean Wind, who had the benefit of a run already this season, began to rally but it was not enough to catch Stradivarius with the multiple Group 1 winner finishing a length ahead of Ocean Wind. There was a half length back to Nayef Road in third.

After the race, John Gosden revealed that Bjorn Nielsen’s homebred will likely head to Royal Ascot and said: “He’s got the speed, but obviously he likes the Gold Cup distance, and I think we’ll come straight back here for the Gold Cup – I don’t see the point in running him anywhere else in between.

“His best surface is good ground like most horses. The summer soft, which we had last year, he can deal with. But when you get autumn, bottomless ground, no – that is not his scene. He has too good an action for that.”

Dettori added: “These horses are what you get up for. He’s been in great form at home and he has the same old enthusiasm he has always had. I wanted to be close and didn’t want them to get away from me, but he has got a turn of foot and when I asked him to quicken, he got there too soon. He is an incredible horse.

“Bjorn was a little worried that he may not have the enthusiasm, but he has always had that and he’s shown me no signs that he has lost that. John has been very happy with him all winter and he has the ability to win over shorter trips than the Gold Cup.

“Yeats won four Gold Cups and people said that would never be done again, but for us, the dream is still alive!”.

Having caught the eye during his two-year-old campaign, all eyes were on Clive Cox’s highly regarded Supremacy to kickstart his season with a bang. But that wasn’t to be as Rohaan captured the Group 3 Pavilion Stakes at 22-1 as Supremacy finished plum last.

The warning signs had been fired by Supremacy’s jockey Adam Kirby a long way from home as he pushed along his mount while Rohaan swooped home under Ryan Moore from the back of the field to win by one and a quarter lengths.

Moore said: “Rohaan has a lovely turn of foot. Dave [Evans] has done some great work with him. I think a level track helps him, and he’s been in great form all year and he has a super attitude. The race fell right for him, and I think he will get seven furlongs.

“That was the third time I have ridden him, and he is a very honest horse who has a good turn of foot. The strongly-run race suited him, and he gets this six furlongs well. I didn’t think we’d beat an in-form Supremacy. I think he is a good horse – but for whatever reason, he wasn’t running his race at halfway. 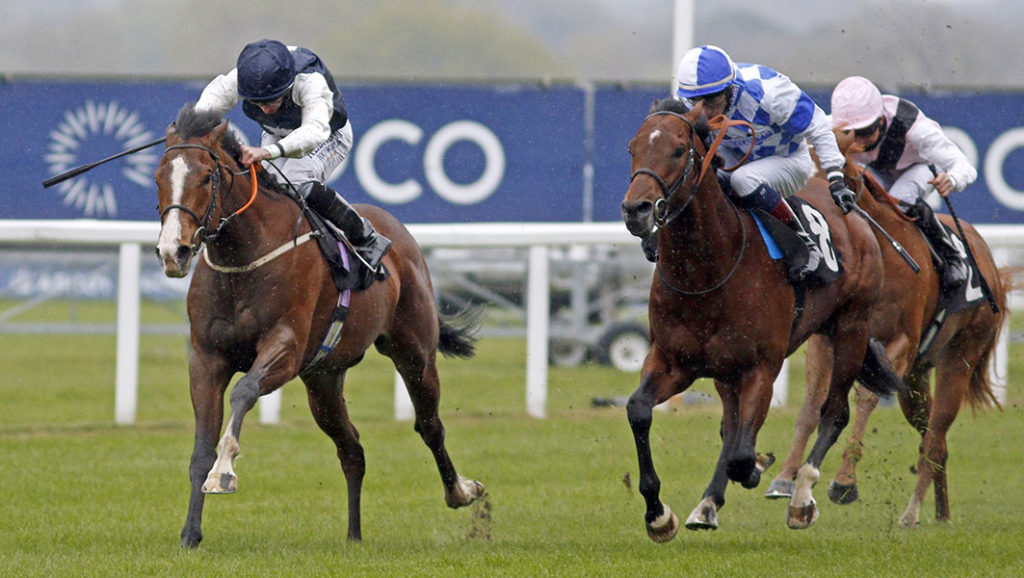 “Rohaan in the Commonwealth Cup would not be crazy on today’s performance. But the rain just helped on the good ground. It helped take the sting out of the ground.”

Cox was not able to give an explanation for Supremacy’s disappointing effort and added: “I’m going to check on Supremacy. Nothing is obvious at all. This is easier ground than we have run on before with this rain, but I’m searching for excuses myself.

“I’m just a bit surprised, because he was first beat. I’ll be disappointed if something doesn’t show, but I’m not aware of it right now.”

In a thrilling finish to the Listed Queen Anne Stakes Trial at Ascot on Wednesday, the Richard Hannon-trained Oh This Is Us recorded a first win since September 2020 when holding off Prince Eiji by a head. 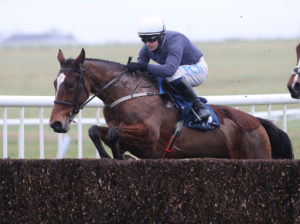 Up Next
Colreevy stars on opening day of the Punchestown Festival