The American yearling market is in rude health judging by the opening night of the Fasig-Tipton Saratoga Sale in New York on Monday. Headlined by four million dollar lots, the average rose by 15 per cent to $419,275 while the median increased by 17 per cent to $350,000.

“We’re very pleased with the opening session of the 2022 Saratoga yearling sale,” said Fasig-Tipton President Boyd Browning. “It was just a really great environment to have an auction and the results were strong from start to finish. [We’re] thrilled when four horses sell for over a million dollars.”

At $1.5 million, a son of leading Coolmore sire Uncle Mo offered by Lane’s End led the way when knocked down to West Point Thoroughbreds, Woodford Racing and L.E.B. agent, the combination behind current top American runner Flightline. Added to that, the colt was bred by Flightline’s breeder, Jane Lyon of Summer Wind Farm. The colt hails from one of Lyon’s most successful families as a son of Secret Sigh, a Tapit half-sister to Japanese Group 1 winner Mozu Ascot and daughter of Grade 2 scorer India. 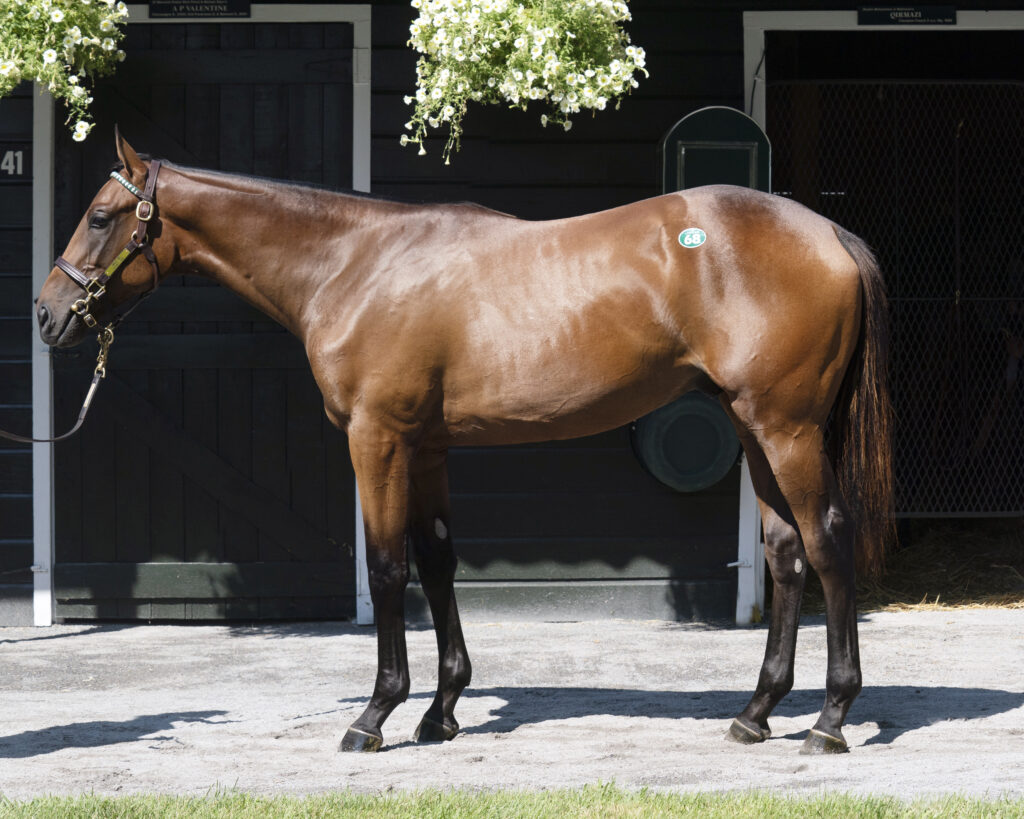 Coolmore’s MV Magnier also made his presence felt, going to $1.1 million through agent Michael Wallace for a second-crop son of the operation’s Justify from Warrendale Sales.

Justify has gained real momentum in recent weeks as a sire, notably thanks to the Group/Graded stakes winners Just Cindy and Statuette. This particular colt handed a first million dollar sale for Christian Black’s Blackstone Farm, who bred him out of the Langfuhr mare Slews Golden Rule.

As ever, demand for the progeny of champion sire Into Mischief ran strong, with the Spendthrift Farm stallion accounting for two million dollar lots; Spendthrift Farm, Cypress Creek and St. Elias Stables went to a round million for Lane’s End’s colt out of Grade 3 winner Teresa Z while Japanese trainer Hideyuki Mori signed at the same amount for Blake-Albina Thoroughbred Services’ brother to Grade 1 winner Shoplifted.

It was also a productive evening of trade for several well known European faces, with David Redvers paying $475,000 for a War Front colt out of Grade 3 Seek And Destroy and Stephen Hillen signing alongside Dean Reeves at $425,000 for a No Nay Never half-brother to Ivawood.

The sale concludes on Tuesday. 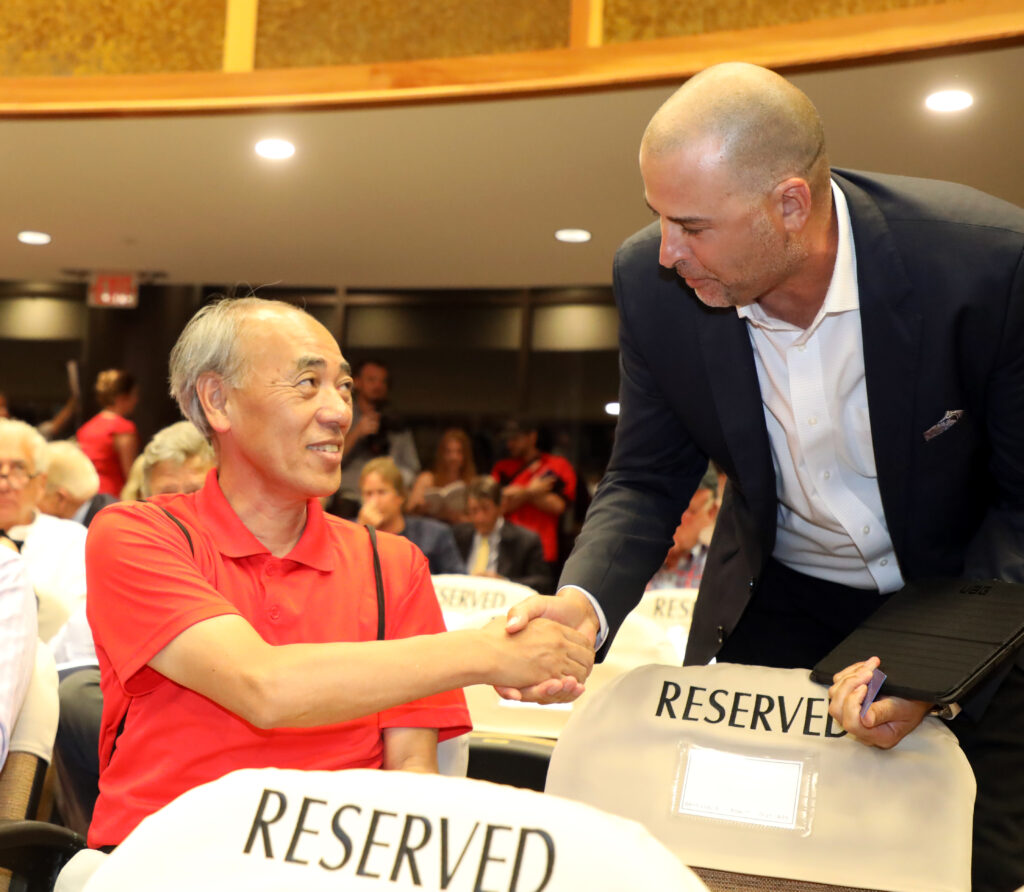 Hideyuki Mori and Nick Sallusto of Blake Albina following the sale of an Into Mischief colt for $1 million. Photo – Fasig-Tipton

Up Next
The Finish Line - with Richard Phillips