With the Wellington Race Club’s Summer Carnival at Trentham on the outskirts of New Zealand’s capital city in full swing, Saturday’s card was a particularly good one, with two Group 1 races on the card.

Among the supporting races was the Happy 60th Noel Harris Handicap, marking a notable milestone in the life of one of New Zealand’s most distinguished and colourful jockeys – who is clearly still going strong, bearing in mind that he had five rides on the card, including taking part in both Group 1 races.

Harris’ career has been remarkable, and not just as regards its length. Apprenticed to his father Jock at Woodville, he rode his first winner on Phar Lace at Foxton in May 1970. Success came rapidly. He rode his first Group 1 winner in February 1972 on Egmont Park in the George Adams Handicap at Trentham, and topped that season’s apprentices’ table, thus becoming one of Jock Harris’ three sons to be champion apprentice, alongside his brothers Johnny and Dessie. More recently another member of the Harris family has won New Zealand’s apprentices’ championship: Noel Harris’ son Troy.

The following season, 1972/73, saw Noel Harris not only win another apprentices’ title, but also dead-heat for the jockeys’ championship, sharing the title with David Peake on 91 wins. When Harris ended his apprenticeship the following season, he did so having set NZ records both for winners ridden and for stake money earned by an apprentice. He had passed the previous total of wins set by his elder brother Johnny; but his record didn’t last long, being broken a few years later by the ‘Wanganui Whizzkid’ Brent Thomson, best remembered in Europe for riding Robert Sangster’s Gildoran to victory in the Ascot Gold Cup in 1985.

Highlight of Noel Harris’ apprenticeship, though, was arguably a race which he didn’t win: the 1973 Melbourne Cup, in which he rode the Jock Harris-trained Glengowan into second place behind Gala Supreme. Still aged only 18, he had partnered the horse to victory in the Group 1 Caulfield Stakes 24 days previously, but in the big one the pair went down by a long head in one of the most memorable Cups in history.

In the subsequent 42 years, Harris has remained one of the most successful and respected jockeys in Australasia, not least because his victories in Australia have included the 1988 Cox Plate on Our Poetic Prince, the 1990 Sydney Cup on King Aussie and 1995 South Australian Derby on Count Chivas. He also rode plenty of good winners in Asia including the Singapore Gold Cup during a stint as stable jockey for Ivan Allan in Singapore in the 1970s. Arguably his greatest mount, though, has been the magnificent stayer Castletown, whom he partnered to victory in three Wellington Cups, one Auckland Cup and with whom he enjoyed some great days in Australia, including winning the Caulfield Stakes in 1992 and being placed in that year’s Melbourne Cup.

Although now in the veteran stage, Noel Harris currently has no plans for retirement. His most recent Group 1 victory came on Vonusti in the Telegraph Handicap in 2010, and it is not inconceivable that that might ultimately prove not to have been his last top-level strike. Whatever his final tally ends up being, it will be a massive one: his win on Beau Casual at Matamata in July 2008 made him only the fifth jockey in history (following Bill Skelton, David Peake, Lance O’Sullivan and David Walsh) to ride 2,000 winners in New Zealand.

The fact that Noel Harris is short, even by usual jockeys’ standards, has helped him to enjoy such a long career, as weight has been less of an issue for him than it is for many of his colleagues – witness the fact that he rode the Paul O’Sullivan-trained Falkirk at 48.5 kilos (7 stone 9 lb) in the Stradbroke Handicap in Brisbane in 2004. Furthermore, he has a famously relaxed attitude to the job: he rarely rides trackwork in the mornings, and once observed that to prepare for a big race, “I get off the beer and switch to the wine.”

Perhaps the greatest key to his longevity, though, has come from some advice given to him by his father many years ago: “Riding horses is probably the easiest part of being a good jockey. It’s dealing with the owners, trainers, other jockeys and people in life who you’ve got to see through that determines how long you ride for.” 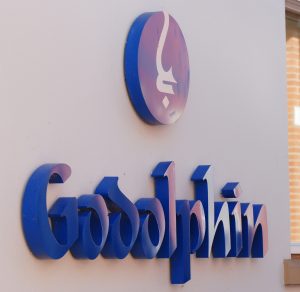 Up Next
Godolphin award finalists announced