Steady away at July Sale

A total of 79 withdrawals from 260 lots catalogued on the opening day of the July Sale did little to help a subdued market which saw a bid of just 75,000gns enough to the top the first session.

That price was paid for the three-time winner and Listed-placed Rodrigo De Torres (Bahamian Bounty), who was bought by Dandy Nicholls from his Yorkshire neighbour Elaine Burke. 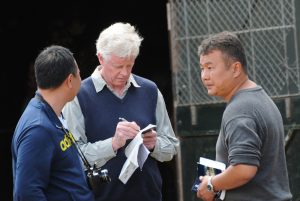 James Wigan with members of the Mongolian Jockey Club

Nicholls, who becomes the five-year-old’s sixth trainer, said he hopes to take him to Dubai later this year.

“I have an autumn campaign in mind for him,” explained the trainer. “I’ll have a chat with Karl (Burke) about him first and we’ll take it day by day, but he’s a nice horse and a sound horse.”

Second-top price of the day was paid for Royal Applause two-year-old Botanic Garden, who will join the stable of Qatar’s champion trainer Jassim Al Ghazali along with another four purchases by the visitor on the first day after being knocked down for 45,000gns.

Al Ghazali has enjoyed much success buying from Tattersalls in the past, with two 2010 horses-in-training sale purchases, Flying Destination and Ladyanne, going on to win the Qatar International Cup and Qatar Derby respectively.

Four fillies sold for 42,000gns, which for most of the day was the top price. Four-year-old Moment Juste (Pivotal) was bought to join a broodmare band in Australia, while three-year-olds Sonning Rose (Hawk Wing), unraced Life Is Golden (Giant’s Causeway) and Trail Of Tears (Exceed And Excel) will start their paddocks careers closer to home.

Andrew Black, whose success with Betfair has converted to success as an owner/breeder, notably via recent Queen Mary Stakes winner Ceiling Kitty, bought the Kheleyf mare Moonlight Red from the Castlebridge Consignment for 40,000gns. She is carrying to fellow Green Desert-line sire Arcano.

James Wigan was kept busy selecting mares for the Mongolian Jockey Club, members of which have visited Tattersalls in the past but added their name to the buyers’ sheet for the first time at this sale. They selected four mares during the first day of trade including a compact Irish-bred daughter of leading Australian sire Encosta De Lago named Izzy The Ozzy. 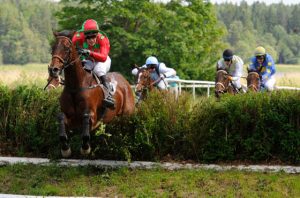 Up Next
SIS to sponsor owners' scheme