When the Jeremy Noseda-trained Soldier’s Tale beat the great Australian sprinter Takeover Target in the Group 1 Golden Jubilee Stakes at Royal Ascot in 2007, he guaranteed that he would find favour with Australian breeders. 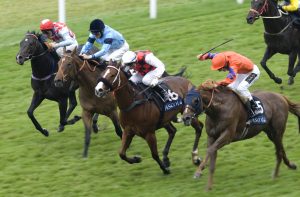 Soldier’s Tale, right, gets the better of Takeover Target in the Golden Jubilee

For various reasons, no European stud stuck its hand up to stand him at the end of his racing days, but his connections had no trouble in finding him a home down under, whither he headed to Adam Sangster’s Swettenham Stud in Victoria to begin covering in September 2008.

Soldier’s Tale’s oldest offspring are now two-year-olds and he had his first winner on March 21, his Yarradale Stud-bred daughter Fine Copper winning over 1200m at Ascot in Perth, capital of West Australia.

Over and above Soldier’s Tale’s defeat of Takeover Target, it is easy to understand his popularity down under. He is a son of the the 1999 July Cup and Nunthorpe winner Stravinsky, who has been more successful in Australasia than in the northern hemisphere, having been represented by five individual NZ-bred Group 1 winners, including Serenade Rose, Australia’s champion filly of the 2005/06 season.

Soldier’s Tale’s credentials as a high-class sprinting stallion are further reinforced by the bottom half of his pedigree, with his best close relative being Lemon Souffle, a Group 1-winning two-year-old for Richard Hannon in 1993. 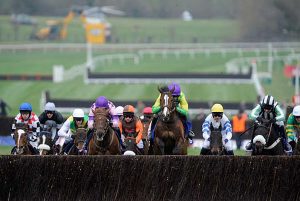 Up Next
Star exits stage left