Century up for Redoute’s Choice
Stories

Spirit lives on in successful family

The Robert Walford-trained Carole’s Spirit’s became the fifth winner for her dam Carole’s Crusader with victory in the bumper at Warwick on Saturday.

The five-year-old daughter of Hernando is a half-sister to the black-type winners Carole’s Legacy (Sir Harry Lewis) and Mad Max (Kayf Tara), four-time winner Jayne’s Crusader (Lord Americo) and a full-sister to Carole’s Destiny, who is also in training with Walford and won over hurdles at Plumpton in November.

The winning quintet was bred by Paul Murphy of Wychnor Park Stud, in whose colours they have all raced. In 2011 Murphy received the Dudgeon Cup when Carole’s Crusader was named TBA National Hunt Broodmare of the Year.

A daughter of Faustus, Carole’s Crusader, who died in 2010 at the age of 19, was a multiple winner over hurdles and fences. She also has a four-year-old by Hernando named Carole’s Lord. Her daughter Carole’s Legacy retired in 2011 after finishing runner-up to Nacarat in the Group 1 Totesport Bowl at Aintree and was covered by Kayf Tara, sire of her Grade 2-winning half-brother Mad Max. 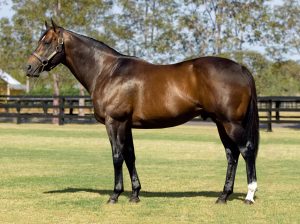 Up Next
Century up for Redoute’s Choice