More than half a century after British racing was first granted the benefit of statutory funding from bookmakers, through the Betting, Gaming and Lotteries Act 1963, a new dawn is about to break. From April 1, when an enabling statutory instrument laid before parliament on Budget Day comes into force, all betting operators – online and retail – who take bets from punters in the UK on British horseracing will pay a levy “for the purposes of aiding the horseracing and equine sector,” in the government’s words.

Offshore operators and betting exchanges, which have so far fallen outside legislation drawn up long before the internet was invented, will be placed on the same formal basis as land-based companies. The Levy Board, which for 54 years has collected and distributed the money, will be disbanded. The Gambling Commission will be responsible for collection, and a new body, the Racing Authority, will have the task of spending the money.

Not surprisingly, given the level and intensity of debate that has gone on since the turn of the century, with most interested parties taking the view that the levy system is no longer fit for purpose but unable to find a solution on which both racing and betting could agree, water is still flowing under this particular bridge.

The issue of state aid, which the previous levy system avoided since it was in place before Britain joined the EEC in 1972, has to be formally smoothed out by the European Commission. Even then, a complaint could be lodged – most likely by a bookmaker trading in the UK but based in the EU – which would take up to 18 months to resolve.

In domestic terms, there could be a request for a judicial review of the statutory instrument, which could take three months to decide.
Uncertainty rumbles on, therefore. But, under the assumption that all will be well in the end, so does work on setting up the Racing Authority, although the government’s latest declaration that the Levy Board will continue in place until January 1, 2018 has provided some welcome breathing space. 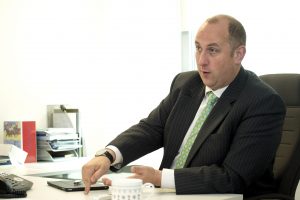 Rust has high hopes for the Racing Authority

“The immediate pressure on setting up the Racing Authority has been eased,” says Horsemen’s Group Chairman Philip Freedman, who has been closely involved with the process, while Racecourse Association Chief Executive Stephen Atkin, who has been equally consumed with the legal aspects of setting up the new authority, adds: “The delay is what it is, although there are some advantages in hindsight, because of the potential challenges to the legislation.”

Uncertainty of timing and legislative appeals aside, the challenges facing the Racing Authority are readily identified by Nick Rust, Chief Executive of the BHA, who with Director of Corporate Affairs Will Lambe has led the discussions with racing’s main sponsoring government department, the Department for Culture, Media and Sport.

“Managing the hand-over from the Levy Board; ensuring the authority’s structure is fit for purpose in carrying out its functions; giving confidence to all those shareholders who have been recipients of Levy Board funding that it is ready to take on those responsibilities; managing reserves, and probably managing expectations: those are the chief challenges,” Rust says.

“There’s a strategy for the sport that the authority will reference but it will have to make some tough decisions along the way.”

Freedman puts managing expectation near the top of the list of challenges, “because of the amounts of money coming in.”

He adds: “The big question will be about the likely projection on revenue before the government’s seven-year review takes place. Turnover will be up but there will be more money going online, and we will need the rise in turnover to offset the decline in margin.

“So, the chief challenge will be to spend the money in a way that grows the authority’s income. There’s a view that because bookmakers will not be directly represented on the authority, it will behave in a perverse way, but if it did that, the only loser would be racing.

“It will have to take account of online and retail betting, which has been part of the approved betting partner process, whereas previously the Levy Board was concerned only with retail.”

Reaching the starting point for the Racing Authority has had its moments of tension, although all have been played out behind closed doors, and Rust is happy with progress.

He explains: “We formed a tripartite working group within racing to plan and develop it to the stage where it can go to the boards of each of the RCA, the BHA and the Horsemen’s Group for approval, and that group has also worked on dealing with government concerns as they’ve brought together the necessary legislation.

“From my point of view, it’s worked well. It’s been a collaborative approach and, given the number of interests across British racing, proposals were made early this year that had broad support. Not everyone agreed at that stage, but agreement wasn’t far off, so in that sense it’s worked quite well.

“In agreeing to implement legislative change, government was persuaded that the improvement in revenues to racing would improve the grass roots of the sport and it wants to make sure that the effect of the legislation does improve the sport for all.

“We pushed for change, and in return the government has said it understands the reasons but it wants to see the sport flourish and for the money to be spent in the right areas. In particular, the government is keen to ensure that where the authority grants funding, it is adequate and appropriate for the activities that are undertaken. In other words, that they are not over-funded, so there is a fair opportunity to spread the money to support all those for whom it is appropriate to benefit.”

But has the establishment of the Racing Authority matched the aspirations of the tripartite membership?

Rust believes it has from the BHA’s point of view, because it mirrors the Members’ Agreement. He says: “The Racing Authority will need to make spending decisions in line with the wishes of the tripartite members.

“The Members’ Agreement created two distinct bodies – the Members’ Committee, which sets strategy, and the Executive Committee, which carries out responsibilities and makes day-to-day decisions where appropriate – and they will continue, because the authority will make spending decisions in line with the sport’s strategic policy, set by our members. What it’s not doing is setting a strategy for the sport.”

While the RCA has still to finalise its nominees, Chief Executive Atkin has responsibility in mind. He says: “If you were asked to put up your hand for the job, you’d do it slowly and not too high, because it’s unpaid and carries some risk. The responsibility of the directors is serious, because they have responsibility not just to their own bodies but for spending both existing and new money. It’s a real job without any pay.”

For the Horsemen’s Group, Chairman Freedman hopes previous mistakes will be avoided. He says: “The Members’ Agreement was signed with one racecourse member, the RCA, and three representing horsemen’s bodies, which meant the Members’ Committee has not worked the way it was envisaged in the constitution. Equally, the racecourses have an issue because they are made up of small and large independents, Jockey Club Racecourses and the Arena Racing Company.

“Now, though, the Racing Authority will have two RCA representatives and two Horsemen’s Group representatives, and their job will be to represent the bodies themselves rather than individual shareholders on those bodies.”

Two major gaps in representation will become apparent when the Levy Board is wound up and the Racing Authority takes full control for spending – independent members, who sat on the Levy Board as government appointees, and betting interests will no longer have direct input. Outsiders may wonder where the checks and balances will come from.

Rust answers: “In terms of transparency, the government will be able to review matters at any stage, so the check and balance outside racing will be government scrutiny and public opinion.

“We’re very keen to engage with bookmakers. It’s still to be agreed but for sure there will be a liaison group involving the betting industry in and around the Racing Authority, although it won’t have a formal vote. It’s important, because since we are now going to get payment from all betting operators and more than 50% of turnover on British racing is not in betting shops, we’re really keen to adapt the fixture list in line with the needs of digital betting.

“We want to be in a position where this liaison group reflects retail and digital providers, and those who wish to take part come along in the right spirit and are prepared to share data, in return for a strong influence in future relations.”

Freedman is aware there will be no equivalent to the Levy Board’s government-appointed members on the Racing Authority but believes the new set-up could work better as a result.

He says: “Members of the Racing Authority will have to represent all their members, so you won’t get a position that has happened with the Levy Board, where, say, if the TBA didn’t like something the Horseman’s Group was putting forward, or similarly a racecourse group didn’t agree with the RCA representatives, they had the scope to go through the back door to the government-appointed members and get a decision reviewed.

“That’s not a criticism of any individuals, nor am I suggesting that the government-appointed members were an obstruction; rather it’s a reflection on the process. Now, with the Racing Authority, the industry will be united over the matter of spending, because I’d like to think that policy will be agreed through the Members’ Committee and Executive Committee and go forward.”

Unity and togetherness: they were prominent features of the various presentations made during a series of industry roadshows held last month, and they seem to sum up the spirit of optimism held by Messrs Rust, Freedman and Atkin for the future of the Racing Authority.

Rust describes himself as “very optimistic,” and adds: “The sport has more confidence in itself than perhaps it had two or three years ago. We’ve got somewhere with government by working together. There is largely common agreement on the major headlines the sport needs to pursue, so I’m optimistic in that, as far as they ever can be, sectional interests will be put aside and the Racing Authority will make decisions in line with the strategy of the sport.”

Freedman adds: “I’m very optimistic, as long as we adjust to the idea that racing has to be a high-volume, low-margin product in the future, which I think is achievable.”

And Atkin concludes: “The Racing Authority will be permanent, an enduring organisation, because we have made a commitment that it will be. It will be fit
for purpose. There are no provisions in the articles for winding up the authority. Only insolvency will close it.” 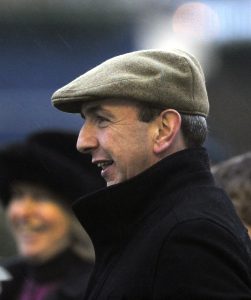