New term but challenges still to be faced
Stories

When Doncaster’s Premier Sales kick off this autumn’s round of yearling sales in Britain on August 29, there will be two certainties: Peter and Ross Doyle Bloodstock will be the buyer of plenty of the lots on offer, and plenty of these purchases will turn out to have been bargains.

While the Doyles buy for a range of clients, the majority of horses selected by
the company, which Peter runs with his wife Anna and son Ross, will go into training with Richard Hannon. This trainer/agent partnership seems to have got the art of unearthing good horses inexpensively down to a tee. And, as Peter Doyle explains, ‘Donny’ suits them both very well.

He says: “We find everyone and everything there very helpful. They always have the sharp two-year-old type that we like. For both Doncaster and the Hannon/Doyle team, it is the individual that counts. There is a type of horse that goes to Donny and we like it. They’ve always selected that type of horse from around Ireland and England.

“The new complex is excellent as there is plenty of room for inspecting the horses and, as purchasers, we find that they are very easy to work with. And they have a very strong vendor base because they look after their vendors.”

Doyle’s observations regarding the type of horse in which Doncaster has long specialised are based not solely on the recent past but on a long-standing relationship with the auction house. He explains: “The first time I went to a sale with [my father] Jack was when he and Ryan Price bought Sandford Lad for 1,500 gns – and he turned out to be the champion sprinter of Europe.”

The sale to which Doyle refers was the 1971 Doncaster St Leger Sale. He was the novice at the time, but his father was already on his way to becoming a Doncaster legend.

DBS recently celebrated its 50th anniversary, having been founded by Willie Stephenson and Ken Oliver in 1962. Over the subsequent half-century, the name of Doyle has become almost as synonymous with the Doncaster success story as are those of its founders. 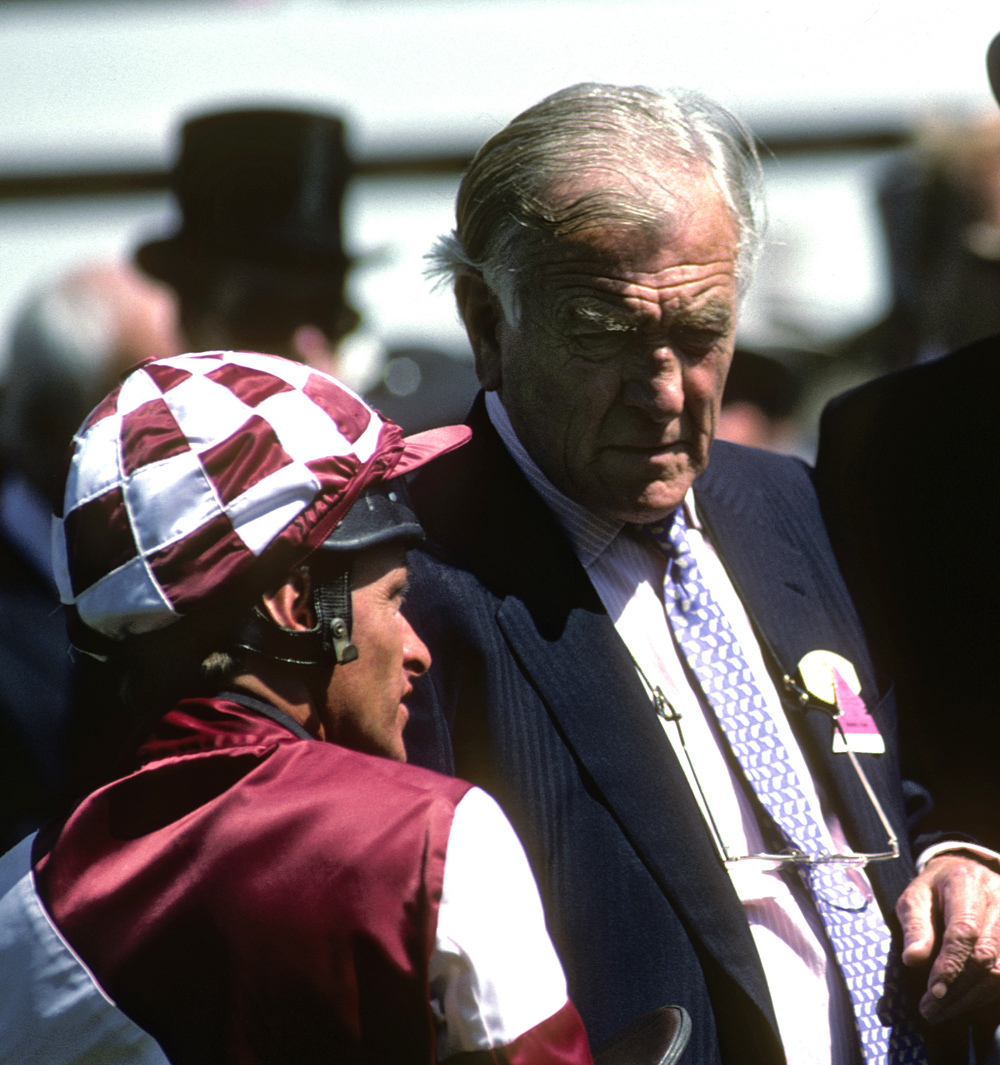 While Jack Doyle is best remembered by many as a genius at unearthing bargains out of the Doncaster sale-ring, he had already compiled an impressive list of achievements long before the sale’s foundation.

Peter Doyle recalls: “When he was a boy, he was a very good showjumping rider. He won the first junior showjumping competition at the RDS in Dublin in the 1920s.

“After that, he became a very good rugby player, playing on the wing for Ireland against Wales in Belfast in 1935. And around that time he went into business.

“Once things were going well, he started to get back into the horses. He unearthed a good horse called Revelry, who was owned by my mother. Jack sold half of him to the bookmaker Charlie Simmonds of Heathorns and they took him over to Aintree for the Grand National in 1947. He started favourite but fell at the first in the race won by Caughoo at 100-1. Still, they brought him home and he made up for that by winning the Irish National, ridden by Dan Moore. After that the horse went over to England to join Fulke Walwyn’s stable.”

Unfortunately, Jack Doyle’s progress was interrupted by two long spells in hospital with TB. When he was released for the second and final time, he took a job selling cars, becoming the leading car salesman in Ireland for Ford in tandem with training, buying and selling horses.

His big break came courtesy of Another Flash, whom he bought for John Byrne from County Kerry. Put into training with Paddy Sleator, Another Flash won the 1960 Champion Hurdle, thus boosting Doyle’s reputation as a judge of horseflesh.

This reputation was further consolidated by the 1963 Cheltenham Gold Cup winner Mill House, whose name will forever be remembered for his rivalry with the mighty Arkle. Jack Doyle bought Mill House, a Naas bumper winner, out of the stable of Pat Taaffe’s father Tom and then sold him to Bill Gollings, for whom he raced with such success in England. The rest is history.

Through the 1960s, a growing band of clients came to avail themselves of Jack Doyle’s eye for both a horse and a bargain. Among these was Captain Ryan Price, who was happy to work on the theory that “two heads are better than one” at a time when only a small minority of trainers would employ the services of an agent. As Price turned his attentions away from the National Hunt world towards the Flat, Doyle found himself pointed in that direction too – and the likes of 1972 Oaks victrix Ginevra and 1974 triple Classic place-getter Giacometti joined Sandford Lad in demonstrating the pair’s suitability for that field.

Another client who helped to focus Jack Doyle’s attention on Flat racing was Epsom trainer John Sutcliffe, on whose behalf Jack Doyle, along with the CBA, unearthed what remains one of Doncaster’s greatest success stories: Right Tack, winner in 1969 of the English and Irish 2,000 Guineas, and the first colt to achieve this notable double. With their many other successful purchases including the top sprinters Mummy’s Pet and The Brianstan, Sutcliffe and Jack Doyle went on to establish a mini version of the production-line of fast, precocious horses for which the Hannon/Doyle team is nowadays renowned.

With Peter Doyle having begun to work with his father from the early 1970s, towards the end of the decade the time was coming for him to begin the process of branching out on his own. One of the first trainers with whom he worked was Liam Browne, whom he helped to unearth such bargains as the 1982 Irish 2,000 Guineas winner Dara Monarch (the first Group 1 winner ridden by Mick Kinane, who had just finished his apprenticeship in Browne’s stable) and Carlingford Castle, runner-up to Teenoso in the following year’s Derby.

Another client was the late Paul de Moussac, for whom Peter Doyle bought many good horses including the 1992 Grand Prix de Paris winner Homme De Loi. His work on de Moussac’s behalf meant that Doyle became a regular at the Deauville August Yearling Sale, a fact which proved crucial in the forming of his greatest alliance, as he explains.

“I started with Richard [Hannon] 27 years ago,” he says. “Jack asked me if I was going to Deauville, which I wasn’t that year. However, he said I should get myself over there because he’d told Richard Hannon I’d be there.

“Anyway, I went over and met up with Richard, whose first words were, ‘I doubt that we’ll be buying anything here’. As things worked out, though, we were probably under-bidder on 20 and came away with two, one of whom won two Listed races and the other of whom injured her knee and never ran. 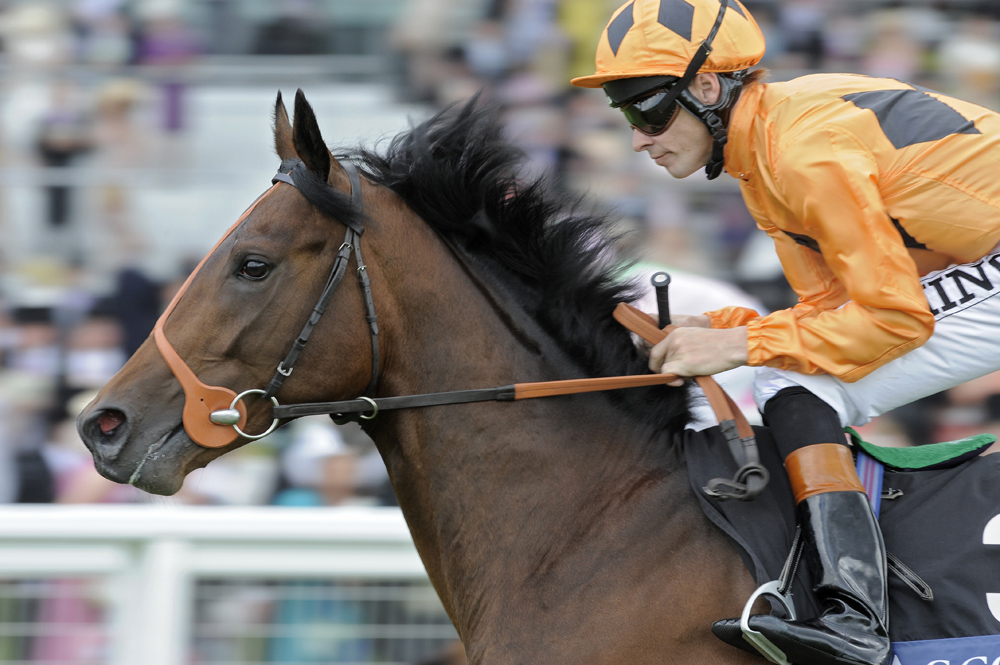 “The next month Richard rang me and said that he wasn’t able to get to the first day of the St Leger Sale, but that he had an owner going up, so could I look after him and maybe buy him a horse. As it turned out, we bought nothing, but when Richard came up the next day he asked me to stay around and help them out. Things just developed from there, really.

“Up until that time, Richard had been like Jack Berry: he’d go to the sale and buy whatever caught his eye – and he has a very good eye. He bought both Don’t Forget Me and Tirol (winners of the Irish and English 2,000 Guineas in 1987 and 1990) that way. During that time he was training for Tony Budge, who had Tony Murray and Teddy Grimthorpe buying for him. The remarkable thing about Richard is the large number of yearlings he buys on spec.”

Hannon’s team, which comprises, variously, Peter, Anna and Ross Doyle, Fanny Hannon and Carol Tinkler doing the ‘spotting’ for him beforehand and compiling a shortlist for him to assess, has made that job easier.

“Over the past decade Richard junior and Ross have forged a very successful working relationship,” adds Peter.

The system works perfectly – as the Hannon/Doyle recruits from this year’s Doncaster Premier Sales will doubtless prove in 2013 and beyond. And the aim is clear: that each year’s bunch of youngsters should include a few colts of the calibre of recent Group 1-winning Doyle/Hannon-selected DBS graduates Canford Cliffs (who cost £50,000 at the 2008 Premier Yearling Sales) and Paco Boy (£30,000 at the 2007 Doncaster Breeze-up).

As Peter Doyle credits the purchase of the latter to the next generation (Ross Doyle and Hannon Jnr) it is safe to conclude that this winner-finding machine will be digging diamonds out of Doncaster’s seam for years to come.

The DBS Premier Yearling Sale takes place on August 29 and 30.

Up Next
New term but challenges still to be faced