Spanish Mission showed an impressive turn of foot to power clear of Santiago and Sir Ron Priestley to take the Group 2 Yorkshire Cup for trainer Andrew Balding at York on Friday.

Last year’s Doncaster Cup winner, owned by Team Valor and Gary Barber, had spent the early part of this season in the Middle East where he had finished second in the Red Sea Turf Handicap at Riyadh before finishing fifth behind Subjectivist in the Group 2 Dubai Gold Cup at Meydan last month.

Appearing on home turf for the first time this season, Spanish Mission was waited with by jockey William Buick in last place as Wells Farhh Go and Sir Ron Priestley took the field along early.

Sir Ron Priestley, who was bidding to add to his victory in the Jockey Club Stakes at the start of this month, kicked for home with three furlongs to run but as he began to idle and hang left, Spanish Mission and Santiago were quickly gaining ground.

As Santiago’s challenge dissipated, Spanish Mission responded to the urgings of Buick to kick on again and pull clear to win by two and three-quarter lengths from Aidan O’Brien’s charge. There was a further length back to Sir Ron Priestley in third.

Buick said: “It was a good performance. He won the Doncaster Cup last season in good style under similar conditions; he’s a nice horse.

“There are not many blips in his record and they’ve only come when the ground has been bad or he’s been unfortunate. Over this sort of trip he’s got a good turn of foot, and he showed that out there today.”

Anna Lisa Balding, wife of Andrew, said: “We’re absolutely delighted – it’ wonderful for the owners and Andy who looks after him. They couldn’t go to Saudi, so it’s great they’re here today.

“Ascot’s obviously the plan, the Gold Cup. William [Buick] was very impressed with him – what a lovely horse to have on the yard. He’s in great form [after his winter travels]. He loves it, he loves to get some air miles I’d say!

“Dubai just didn’t work – it was the second time he’d run a bad race in Dubai. He’s got some pace too, hasn’t he? We’re just so pleased.”

Spanish Mission was one of two winners on the day for Balding as Nymphadora broke her maiden on only her second start with an impressive display to capture the Listed Marygate Fillies’ Stakes over the minimum trip.

She was partnered by jockey Jason Watson, who said: “She showed ability on her first run and that day she kind of jumped slow and ended up leading the race. She’s come on plenty for that today, she travelled like a real star.
“She got to the front and was looking around her, obviously still a bit green with it being her second run. It wouldn’t surprise me if she did stay a bit further, there’s obviously a bit more in the tank.

“She’s obviously shown she can do it over five [furlongs] today, she’s not short of speed. Maybe with a bit more time she can go over six; it’ll be interesting to see what she can do – she gave me a really nice feel.”

Having celebrated a winner together already this week with Starman, owner David Ward and trainer Ed Walker were successful on the Knavesmire again as Primo Bacio scooted away with the Listed Oaks Farm Stable Fillies’ Stakes.

Previously raced over six and seven furlongs, Primo Bacio clearly relished the step up to a mile for the first time as she was seen to be cantering easily before unleashing a devastating burst of speed that sealed the contest by three lengths.

Walker said: “She just had to relax to get the trip – that was going to be the key with her. She was a bit keen and a bit fresh at Newbury and got stopped dead in her tracks. Who knows how close she’d have got? She got properly stopped at a key point of a race. 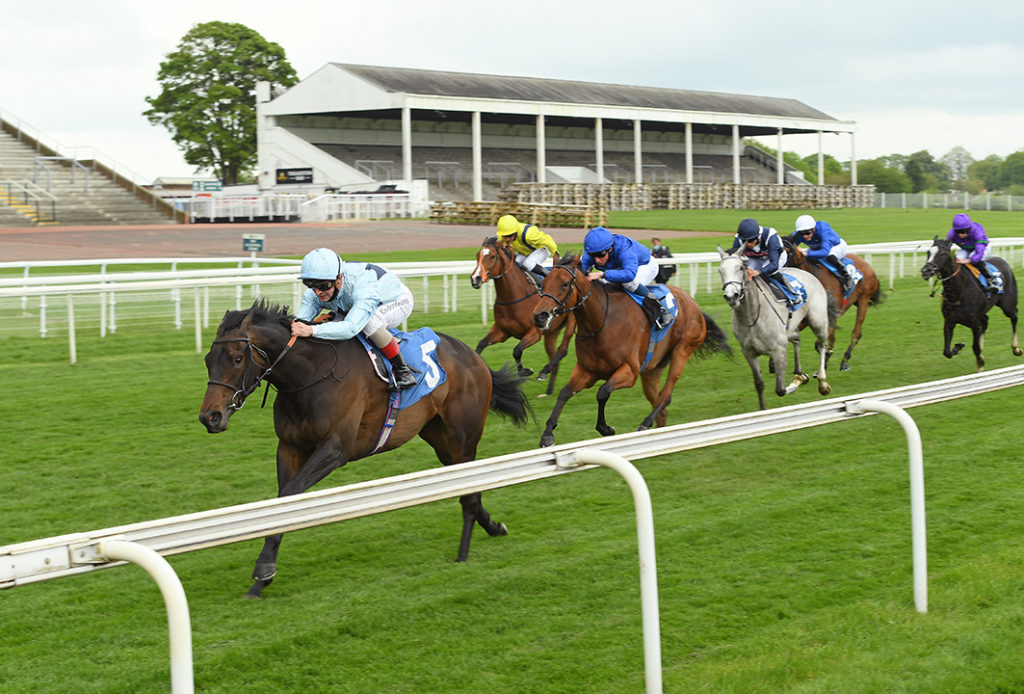 Primo Bacio on her way to victory at York on Friday – Photo: Bill Selwyn

“It was discussed afterwards whether we should supplement her for the Guineas, but it was never really an option in my mind.

“She improved so much through the winter and was working the house down, hence we ran a 79-rated filly in a Group 3. She’s got a great turn of foot and picked and up very well today. The Coronation Stakes at Royal Ascot will be next.”

Royal Ascot is likely the next destination for Starman, who captured the Duke of York Stakes on Wednesday.

Walker added: “There aren’t many of them, but it’s been a good week. It’s very exciting going to Royal Ascot with the two of them. It’s great for the Wards, who are big supporters of ours.” 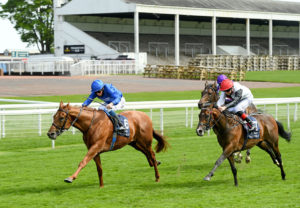