Son of Piccolo blossoms in spring

As the Craven Meeting is to British Flat racing enthusiasts, so is Aurie’s Star Handicap Day to their counterparts in Melbourne.

Racing in Australia keeps going all winter, but for the purist the light at the end of what is usually a cold, wet tunnel is the Spring Carnival, the several weeks of top-class racing during which seemingly all roads lead to Flemington on the first Tuesday in November when the Melbourne Cup famously ‘stops the nation’. And the build-up for the Melbourne Cup, certainly in the minds of the old-time trainers, starts in the Aurie’s Star Handicap, run up the ‘straight six’ at Flemington in the middle of August.

Nowadays, it is rare to see potential Melbourne Cup contenders making their seasonal reappearance in the Aurie’s Star Handicap, which is generally won by a high-class sprinter – but still the tradition persists that Aurie’s Star Handicap Day is when things start to get serious. And that is just as it should be, as the race is named after a horse whose place in the record books is secure.

Aurie’s Star holds the permanent Australian record for six furlongs – permanent because, as Australian racing changed from imperial to metric measurements (ie from furlongs to metres, and from stones and pounds to kilos) on August 1, 1972, the old records which stood on that date will stand forever.

Aurie’s Star’s record was already long-standing at the time of the change. He had set what was then an Australasian record for six furlongs when winning the Whittier Handicap up the straight at Flemington (ie over the same course on which his race is run) on September 7, 1940, the same day that another great of the Australian turf, Ajax, won his third Memsie Stakes.

Even before this famous victory, Aurie’s Star had proved himself a great horse, with victories in the Oakleigh Plate (twice), Newmarket Handicap and Goodwood Handicap (under a record ten stone) to his name. His Whittier Handicap victory, though, made his place in history secure.

Carrying 10 stone 2lb and aged eight, he won easily and smashed the previous Australasian record for six furlongs by more than a second when covering the distance in 1:08.25, helped by what contemporary reports stated to be a “lightning-fast track”. He held the Australasian record until January 28, 1967 when High Glee ran 1:08.00 in winning the Telegraph Handicap at Trentham in Wellington in New Zealand, and still held the Australian record right up to the end of the 1971/’72 season when furlongs were consigned to history. Thus every year a particularly special Australian achievement is recalled.

So who won this landmark Australian event this year? A son of the British-based stallion Piccolo, of course!

Piccolo, winner of the Nunthorpe at York in 1994 when trained by Mick Channon and ridden by John Reid, has proved himself one of Britain’s most consistent sires of sprinters, with one of the highlights of his stud career having come when his Barry Hills-trained daughter La Cucaracha emulated her father with a Nunthorpe victory in 2005.

Unsurprisingly, Piccolo’s spell of shuttling to Queensland also yielded several fast horses – including Picaday, a Group 1-winning two-year-old in Brisbane in 2003 – and this year’s Aurie’s Star Handicap winner Temple Of Boom continues to fly his flag.

Now aged five, Temple Of Boom is trained in Toowoomba in Queensland by Tony Gollan and was ridden by champion New Zealand apprentice James Mcdonald, who rode briefly in both England and Ireland when enjoying a working holiday last summer. Following this victory, Gollan will now keep Temple Of Boom down in Melbourne for the spring in the justifiable hope of landing further Group race glory. 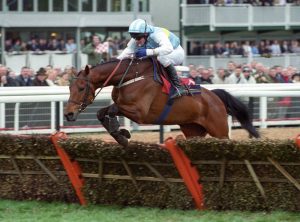 Up Next
Poignant treble for Hughes and Cooper