With Postponed’s dominant performances in the Coronation Cup at Epsom and the Juddmonte International at York’s Ebor meeting, Sardinian-born Andrea Atzeni has experienced a year that will live long in the memory.

It was to get even better following this year’s renewal of the Group 1 Racing Post Trophy, as he partnered the William Haggas-trained Rivet to victory, notching a remarkable fourth-straight win in Doncaster’s mile contest for juveniles.

Facing a three-pronged attack from Ballydoyle, Rivet was soon taken to the front by Atzeni who controlled a steady early pace.

The Aidan O’Brien first-string Yucatan was waited with in the mid-division, as Listed Rockingham Stakes winner Sir Dancelot spotted his nine rivals from rear under champion jockey Jim Crowley.

Atzeni began to up the ante on the leader with two furlongs to go, and despite a strong looking challenge from Yucatan who reached his quarters inside the final furlong, the colt gave generously in the run to line to score by just under two lengths.

At just 25 years of age, Atzeni is stamping his mark within the top echelons of the sport in a big way. A third Group 1 this season, the young rider is making the final Group 1 of the season very much his own.

His very first came for his close ally Roger Varian in 2013 when partnering subsequent St Leger hero Kingston Hill. Andrew Balding’s Elm Park justified favouritism 12 months on in the familiar Qatar Racing silks and last year he was to spring a surprise aboard Marcel, who ended Peter Chappel-Hyam’s long hiatus between Group 1 drinks.

“He’s very genuine and he stays well,” reflected Atzeni. “He’s a lovely, big, scopey horse. Fair play to the team for running him as he was a little disappointing in the Dewhurst.”

The son of Fastnet Rock also gives Haggas his first triumph in the prestigious race which has traditionally unearthed Derby contenders. His likeness for Doncaster was proved earlier in the season when claiming the Group 2 Champagne Stakes over seven furlongs.

Turned out after just a two week break from a disappointing run behind Churchill in the Dewhurst Stakes, the choice to take the gamble has paid off for owners The Starship Partnership – described as an ‘equine brains trust’.

He’s got the right way about him

Haggas said: “He’s got the right way about him. All the horses we’ve had out of the mare [Starship] have had very good minds and he’s the same, very laid back.

“He never overdoes it at home so you can run them. He’s taking his racing well, looks well and the ground wasn’t bottomless.” 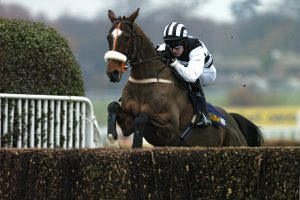 Up Next
Moscow Flyer dies at 22