The victory of Smart Socks in the Class 2 William Hill – Home of Betting Handicap at Doncaster on Derby Day took his trainer David O’Meara, formerly a successful Yorkshire-based jump jockey, onto the 50-winner mark for the campaign, a tremendous achievement in his first season. It also highlighted the resurgence in the career of his jockey Danny Tudhope, arguably the most in-form rider in the country at present.

Scottish-born Tudhope enjoyed a successful apprenticeship with Declan Carroll before increasing weight threatened to derail his promising career. Now that his weight has stabilised, the talented rider has re-established himself with an ever-growing band of trainers, with his compatriot Jim Goldie having provided him with the first chances to reignite his career. 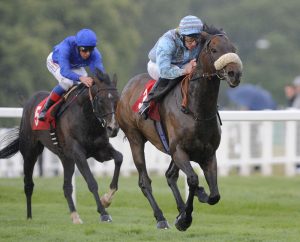 Tudhope’s recent hot spell began in the Group 2 Charles Heidseick Champagne Henry II Stakes at Sandown, which he won on the nine-year-old hurdler Blue Bajan, who has refound his best form this year since his transferral to O’Meara’s stable.

Even more startling was Tudhope’s four-timer at Catterick on the Friday: four rides (two for O’Meara and one each for Goldie and Geoff Harker) yielded a 438/1 four-timer. His win on the 9/1 shot Smarty Socks on Channel 4 the following afternoon meant that he had then won on five consecutive rides – at accumulated odds of 4,389/1.

Up Next
A worldwide view