Business as usual for Frankel
Stories

The annual TBA Awards Dinner, which takes place on Wednesday, 27 June at Tattersalls and is generously sponsored by Shadwell Stud, will feature an after-dinner speech from a highly entertaining member of Newmarket’s training fraternity, Sir Mark Prescott, Bt.

Frankel is just one of many homebred stars for Juddmonte Farms

The unbeaten British-bred star Frankel is set to be the highlight of the opening day of Royal Ascot and, along with any silverware won at the meeting, his breeder, Prince Khalid Abdullah’s Juddmonte Farms, will collect the Queen’s Silver Cup for the leading British-based breeder by earnings in 2011, as well as the TBA Silver Rose Bowl for Flat breeder of the year.

The stud will also be presented with the BBA Silver Cigar Box in recognition of Oasis Dream’s success as leading British-based sire by earnings in Britain and Ireland, while David and Patricia Thompson’s Cheveley Park Stud can look forward to a brace of stallion awards with Pivotal receiving the Barleythorpe Stud Silver Cup for the eighth time and Dutch Art being awarded the Tattersalls Silver Salver as leading first-season sire in Britain.

In the National Hunt division, Overbury Stud’s Kayf Tara has won both the Horse & Hound Cup and the Whitbread Silver Salver, while Lady Oaksey will receive the Dudgeon Cup for National Hunt Broodmare of the Year, Plaid Maid.

TBA Chief Executive Louise Kemble said: “In Frankel, British breeding has a world champion of which every racing fan can be proud but plenty of British studs and breeders enjoyed notable successes last year at home and abroad. Once again, we’re looking forward to a super evening in Newmarket to celebrate their achievements.”

The TBA Awards Dinner, which starts with a champagne reception at 7.15pm, will be followed the next morning by the Association’s AGM at 9.45am, which is also to be held at Tattersalls.

For further information and to book tickets for the dinner, please contact Pauline Stoddart on pauline@thetba.co.uk or 01638 661321. 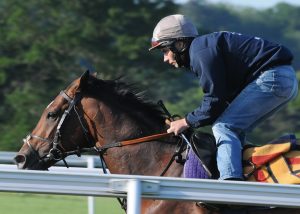 Up Next
Business as usual for Frankel