Horseracing loses one of the greatest trainers of the modern era

Sir Henry Cecil, the trainer of 25 British Classic winners including the great Frankel, died on Tuesday morning following a long battle with cancer. He was 70.

A statement released via his website earlier today read, “It is with great sadness that Warren Place Stables confirms the passing of Sir Henry Cecil earlier this morning.

“Following communication with the British Horseracing Authority, a temporary licence will be allocated to Lady Cecil.”

Guiding the peerless Frankel to 14 consecutive victories is considered to be the greatest achievement of Cecil’s 44-year training career but the list of top-class racehorses with whom he has been associated also includes such names as the Fillies’ Triple Crown winner Oh So Sharp, the brothers Kris and Diesis, dual Ascot Gold Cup winner Le Moss and the treble Nassau Stakes winner Midday.

Born in Scotland in 1943, Cecil assisted his stepfather, Captain Cecil Boyd-Rochfort, before taking out his own training licence in 1969. He moved to Warren Place Stables, the former base of his father-in-law Sir Noel Murless, in 1976, the year after Bolkonski became his first British Classic winner in the 2,000 Guineas.

Cecil, who was awarded a knighthood in 2011, tops the list as the most successful trainer at Royal Ascot, with a total of 75 victories at the meeting he so adored. Appropriately, his final Royal Ascot winner was to be Frankel, whose 11-length romp in the Queen Anne Stakes was the highlight of the 2012 meeting.

Sir Henry Cecil is survived by his wife, Lady Jane, and three children Noel, Katie and Jake. His twin brother David died in 2000. 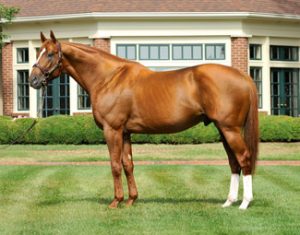 Up Next
First Classic winner for Curlin