Feet in both camps
Stories

Trainer David Simcock’s familiarity with the family of Mohican Heights saw the Newmarket-based handler snap up the colt at a session-topping £520,000 during the Goffs London Sale, held in the leafy Kensington Palace Gardens on Monday evening.

Simcock, who trained Mohican Heights’ winning half-brother Curbyourenthusiasm, saw off a number of rival bidders to land the son of Australia, an impressive winner of a Leopardstown maiden on his debut last month for the Fozzy Stack stable.

“He’s an interesting horse and bred to stay,” Simcock said. “He’s been bought for an existing client and we know the family well as we trained one of his siblings and they all stay well.”

Mohican Heights holds an entry in Saturday’s Listed Chesham Stakes but Simcock was unsure if the horse would take up the entry.

Stack was on hand to see Mohican Heights sell and said: “He deserved to make that price, as does every horse who wins a Leopardstown maiden first time out and is bred the way he’s bred.

“He’s a very nice horse and I hope he’s very lucky for the next owners.”

The £500,000 barrier was also broken right at the end of the sale when bloodstock agent Federico Barberini secured the Listed-winning Pure Zen on behalf of an undisclosed client.

Prominent Australian owner Aziz Kheir, who is no stranger to British racing due to owning half of Hughie Morrison’s talented globetrotter Marmelo, has another exciting prospect to run in his colours in three-year-old gelding Le Don De Vie.

Matthew Houldsworth’s bid of £460,000 secured the talented son of Leroidesanimaux, who had caught the eye when a four and a half length winner of a competitive handicap at Epsom last month when trained by Andrew Balding.

Houldsworth said: “This horse will be with Hughie for the foreseeable future before possibly heading to Australia, perhaps next season. He’s been bought with Matt Becker of Group 1 Bloodstock who looks after Aziz’s interests.

“The horse was really impressive when winning at Epsom, which is a very hard track to go to and win by a wide margin. He’s a progressive horse and will suit the Australian scene.”

Morrison said: “He’s been brought to progress quietly over here. He vetted very well and he’s a very natural relaxed horse. These horses are difficult to come by.

“I know he’s entered on Thursday [in the King George V Stakes] but we’ll take a view on that.”

A number of horses were offered with entries at Royal Ascot this week including the Listed-winning Forever In Dreams, who failed to sell in the ring before she was snapped up in a private deal by the Phoenix Ladies Syndicate for £430,000.

Forever In Dreams’ sale represented a good return for leading consignor Con Marnane, who bred the daughter of Dream Ahead before retaining her for €10,000 at the Goffs November Foal Sale in 2016.

Marnane had also sold the winning Real Appeal to Michael Donohoe of BBA Ireland, acting on behalf of Yulong Investments for £265,000 earlier on in the session.

“It was a fantastic social occasion to begin Royal Ascot week with some really good business done. Obviously we would have preferred to sell a few more of the horses but with entries at Royal Ascot we view it in an different way, in that if people can achieve a premium at the sale they’ll take the money but if not they’ll go to Royal Ascot and we’ll be cheering those horses on as well. So we are very grateful for all the support and hope everyone enjoyed themselves.” 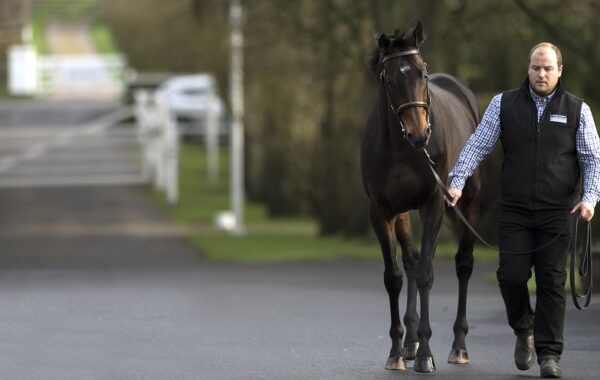 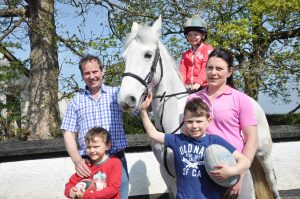 Up Next
Feet in both camps