The annual Anglo-Irish Jump Classifications were announced in London on Tuesday, with Paul Nicholls’ King George VI Chase and Betfred Bowl winner Siviniaco Conti being named as the top-rated chaser in Britain and Ireland in 2013-2014.

The handicappers allocated the son of Dom Alco a rating of 174 for his Boxing Day success over Cue Card, who has been given a mark of 172, the same as Gary Moore’s outstandingly consistent Sire De Grugy, who was named champion two-mile chaser for notching a strong of five consecutive victories last season, including the Queen Mother Champion Chase at the Cheltenham Festival. The Philip Hobbs-trained Captain Chris led last season’s two-and-a-half-mile chasers on 169. Kauto Star remains the best steeplechaser since the rankings began, having been awarded a mark of 190 in 2009-2010.

In the two-mile hurdle division only 3lbs separated the top four horses, with Champion Hurdler Jezki coming out on top on 169, closely followed by My Tent Or Yours (168) and The New One (167).

The staying hurdle category champion is the unbeaten More Of That (169) but he has his work cut out to match the formerly dominant character in this division, Big Buck’s, whp achieved a high of 174.

The category winners for the 2013/14 National Hunt season are: 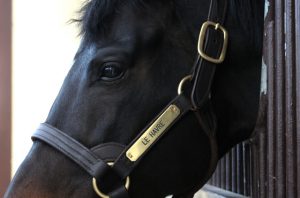 Up Next
First Classic winner for Le Havre