As anticipated, horses belonging to Shadwell Estate Company dominated the opening session to the Tattersalls February Sale in Newmarket on Thursday.

Horses hailing from the operation, which is in the midst of a major restructuring following the death of its principal Sheikh Hamdan last year, accounted for each of the top four lots and six of the top ten lots overall. Godolphin accounted for the remaining four top ten horses.

In all, 170 horses sold during the day for a total of 3,112,800gns, an average of 18,311gns and median of 9,000gns. While the average and median represented rises of 86% and 57% from last year, it must be remembered that the 2021 edition was staged online against a backdrop of severe Covid restrictions.

At 175,000gns, it was a newly turned yearling by Darley’s leading young sire Night Of Thunder who stole the show when falling to Anthony Stroud, acting on behalf of James Hanly of Ballyhimikin Stud.

The sole yearling catalogued by his sire, he is a half-brother to three winners including the Listed winner Moqtarreb and Group 3-placed Khaloosy, and out of Elshaadin, a Dalakhani relation to the Group 1 winners Nathaniel, Playful Act and Great Heavens. 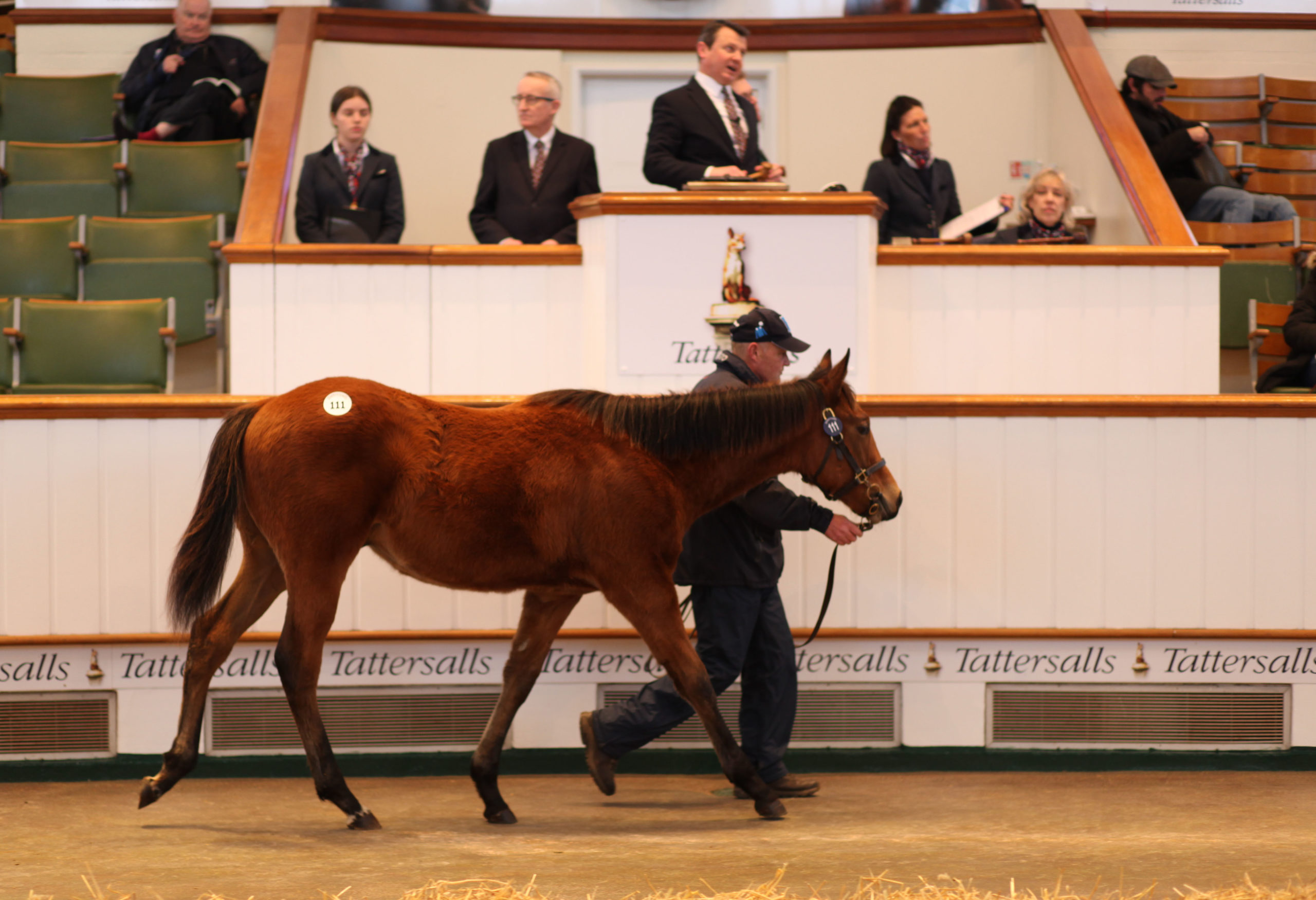 This Night Of Thunder colt topped day one of the Tattersalls February Sale at 175,000gns – Tattersalls

“He’s been bought for Ballyhimikin Stud to come back for resale later in the year,” said Stroud. “Obviously Night Of Thunder has done incredibly well and the mare has produced two stakes horses. And it’s a very good back family.”

The well-related Frankel mare Anasheed, meanwhile, is set for a date with leading British-based first-crop sire Ardad following her sale for 130,000gns to Richard Brown of Blandford Bloodstock.

Sold not in foal to Too Darn Hot, the winning seven-year-old owed her valuation to her excellent connections, notably as a half-sister to Listed winner Hadaatha, who was also third in the Gr.1 Prix de l’Opera, and as a daughter of the Listed scorer Hathrah. In turn, Hathrah is a half-sister to the Group 2 winner Ivan Luis and Group 3 scorer Stagelight.

“She’s for a syndicate and might be one to go to Ardad,” said Brown after outbidding Tally-Ho Stud. “Obviously she’s by Frankel, the newly turned champion sire and she was a decent performer herself – she only ran three times but was rated 93.”

Anasheed has produced two foals to date, namely a two-year-old colt by Siyouni that has been retained by Shadwell and a yearling filly by Sea The Stars.

“I’ve seen photos of her first two foals and they both look nice,” said Brown. “Owen Burrows has the Siyouni colt – I bumped into him earlier and he said he’s a nice colt, he likes him. And the Sea The Stars filly is highly rated as well.” 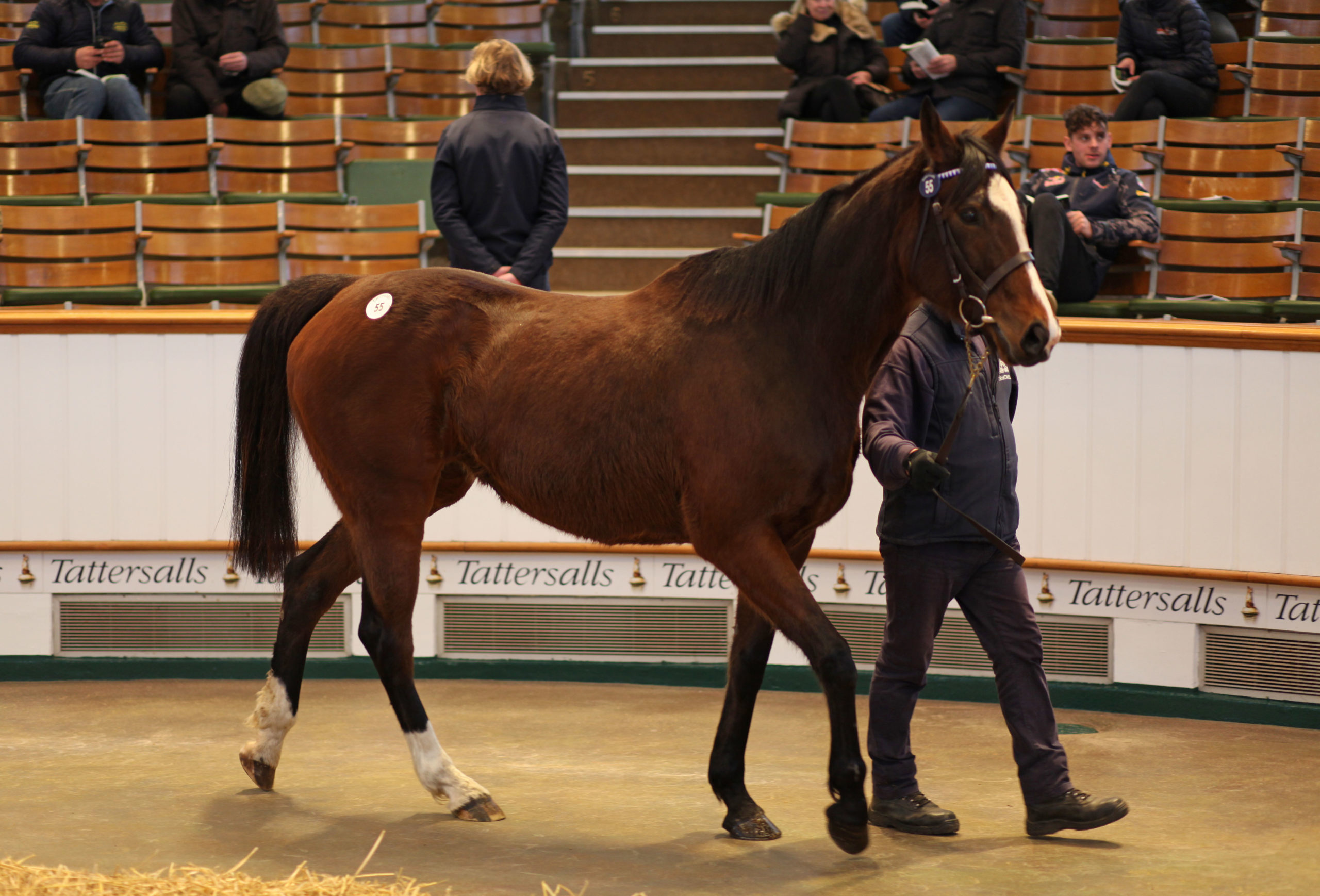 Anasheed’s juvenile half-sister, a Mukhadram filly out of Hathrah, was also keenly sought after, selling for 80,000gns to Cormac McCormack.

She was one of the highlights of a deep draft of two-year-olds from Shadwell Estates offered through New England Stud alongside an Exceed And Excel filly who is set to race in Dubai after selling to Tattersalls’ marketing manager Jason Singh on behalf of trainer Satish Seemar for 105,000gns.

Singh had to outbid George Boughey for the filly, who is out of the winning Nawassi, a Dubawi daughter of the Queen Mary Stakes heroine Maqaasid from the famous Height Of Fashion family.

“She’s for Satish Seemar on behalf of an existing client in the Middle East,” said Singh. “She’ll go to Dubai with an eye on next season. Satish went through the catalogue, put a short list together and got the horses vetted here. She was his pick of the two-year-olds.”

Brown was also back in action, going to 80,000gns for one of the best-bred lots of the day, the Awtaad half-sister to champion Taghrooda. The filly was purchased on behalf of a syndicate and according to Brown is ‘unlikely to race’. 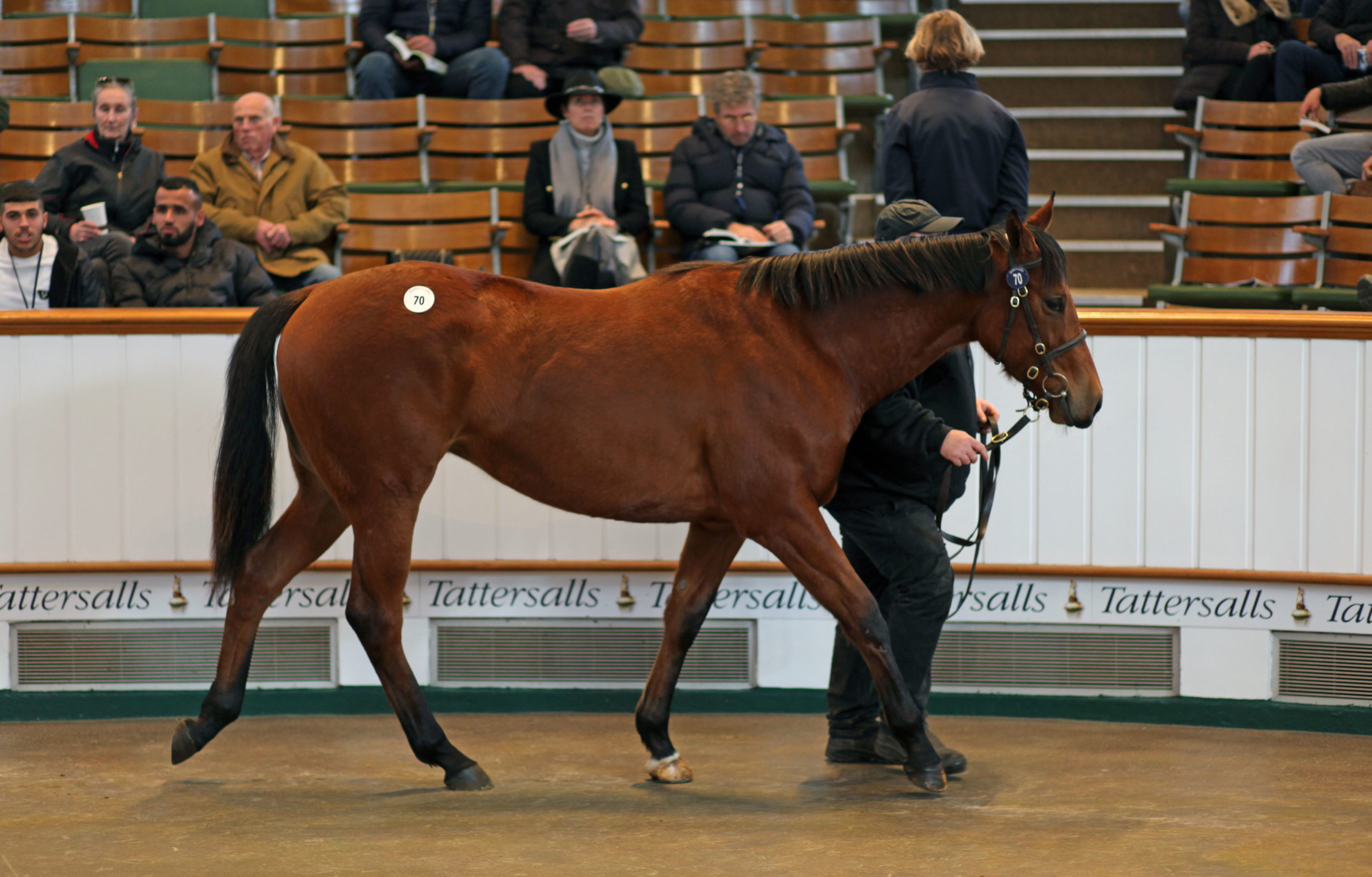 This daughter of Exceed And Excel is set to race in Saudi Arabia. Photo – Tattersalls

Henry Spiller, meanwhile, will take charge of the promising three-year-old Mashaaer following her sale for 105,000gns to Meah/Lloyd Bloodstock on behalf of owner Jonathan Sarkar.

Part of a group of fillies out of training offered by Barton Stud on behalf of Shadwell, the daughter of Muhaarar, who is a granddaughter of American champion Fleet Indian, created a fine impression when second on her debut at Ascot in September.

“You don’t make private offers on Shadwell horses, but if you had have done, you would have been offering in the region of £250,000 on the form of her first race,” said Lloyd. “We just felt she is a filly that down the road, even at this price, could look cheap. Jonathan is looking for something a bit better and a bit nicer to add to his string.”

Outside the Shadwell horses, it was the Godolphin draft that understandably proved the day’s other major draw as the source of 22 horses who sold for a total of 808,000gns.

They were led by Good Memories, who could be in line for a visit to Darley’s Pinatubo after selling for 100,000gns to Sam Sangster. A half-sister to last year’s Listed Godolphin Stakes winner Without A Fight, she is out of Group 3 winner Khor Sheed and closely related to the classy American-based mare Avenue De France, who ran third in Saturday’s Grade 3 Megahertz Stakes at Santa Anita.

“She’s for a small breeder in Britain who boards his mares at Barton Stud,” said Sangster. “We were keen to get a Sea The Stars as my client has had a lot of success with him – he had Raheen House [winner of the 2017 Gr.3 Bahrain Trophy] who we bought in Book 2 for 35,000gns and later sold to Australia.

“She’s a lovely, quality filly, and it’s a current family, there’s a lot going on it. She has plenty of options but Pinatubo is a real possibility – I really liked him when I saw him in December and I think she would be a good match.”

The sale continues at 10am on Friday. 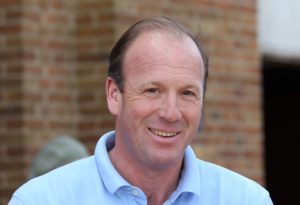 Up Next
The Finish Line.... with Simon Sweeting