Selkirk, the champion miler trained by Ian Balding for owner/breeder George Strawbridge, died on Thursday at Lanwades Stud in Newmarket where he stood throughout his stud career spanning two decades. He was 25.

The winner of six of his 15 starts, including the Queen Elizabeth II Stakes and Lockinge Stakes, Selkirk achieved a rating of 128 for his racing exploits and enjoyed an equally illustrious career as a stallion.

The sire of 90 stakes winners and 15 individual Group 1 winners, the chestnut son of Sharpen Up is represented at stud by a number of his sons including Kirkwall, Prince Kirk and Trans Island, and continued to enjoy top-flight success himself in 2012 via Grade 1 Flower Bowl Invitational Stakes winner Nahrain and Cityscape, who won the Dubai Duty Free on Dubai World Cup night.

As a broodmare sire, he has been represented by the likes of Group 1 winners Mount Nelson, Termagent, Simply Perfect and Quiff, along with last season’s Group 3 winners, the Lanwades homebred Alla Speranza, and Strawbridge’s Geelong Cup winner Gatewood.

Selkirk was temporarily rested from stud duties in 2009 when suffering from a lack of fertility but he returned to cover limited books in 2010 and 2011 before being formally retired last year.

Kirsten Rausing, whose Lanwades Stud has been home to Selkirk for 21 years, paid tribute to the influential stallion, saying: “I feel immensely privileged to have had Selkirk standing at Lanwades throughout his stud career. He was a wonderfully kind and co-operative character. We will greatly miss him, but his memory will live on, not only here at the stud, but throughout the thoroughbred industry in this country and abroad.” 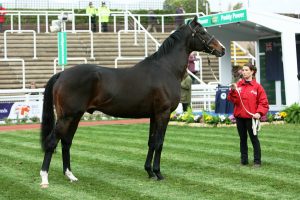