Despite a two-week delay to the running of the Welsh National and a broken girth, there was no stopping hot-favourite Secret Reprieve from coasting to an impressive success at Chepstow on Saturday.

Usually run two days after Christmas, bad weather had forced officials to abandon the race from its traditional slot. The build-up to the rearranged fixture faced similar trouble with a cold snap leaving many wondering if the staying contest would survive the elements.

Thankfully, one final inspection on Saturday morning that was duly passed gave the green light for the meeting to go ahead, much to the delight of trainer Evan Williams and jockey Adam Wedge.

The combination struck with Secret Reprieve, who had travelled ominously well throughout the 3m6½f marathon.

Having overhauled the long-time leader The Two Amigos, Secret Reprieve was in the clear approaching the last, but Wedge’s saddle had slipped back as the girth had somehow broken in the closing stages.

It did not stop Wedge and Secret Reprieve’s momentum as they won by three lengths from The Two Amigos with a further neck back to Yala Enki, who was finishing in the frame for the third year in a row.

Welshman Williams was overwhelmed in the aftermath of the victory and told ITV Racing: “I can’t say anything! It’s not just about the horse. The man on top has been crushed twice today – that’s men, isn’t it? Adam Wedge deserves the credit, nobody else.”

Wedge added: “It’s great for the horse, he’s an absolute warrior. Since I moved down to Evan’s 11 years ago it’s the race he’s always wanted to win. It’s a home race to him and it means the world to him and to me to do it for him. It’s a great buzz.

“I’m not sure what happened with the saddle. I think the girth snapped or came undone but thank God we’ve got the overgirth and everything stayed in place.”

Secret Reprieve sports the colours of Williams’s long-time owners William and Angela Rucker, who now look to have another live candidate for Aintree’s Grand National with their improving seven-year-old.

For the first time since 2015 when Moon Racer took the Champion Bumper at Cheltenham, trainer David Pipe was celebrating a Grade 1 victory after Adagio breezed past Nassalam to capture the Finale Juvenile Hurdle at Chepstow.

The four-year-old, owned by Bryan Dew and friends and Caroline Tisdall, had caught the eye prior to Saturday’s success having captured a 2m1f handicap hurdle at Cheltenham last month by four and three quarters of a length.

Pipe said: “Brilliant! We didn’t geld him right away and he’s just improved and improved. He was quirky when he first arrived but has always shown he’s got an engine.

“Nassalam could have bolted up, but I thought he was a short price for what he’d beaten, and he had to go and do it today. He’s run a very good race, but we had rock-solid form, although we weren’t going to run initially because the ground was going to be heavy.

“It’s only soft now, which he handled, so it’s great. We have to look at the Triumph after that, don’t we? There’s quite a big group of owners involved along with Bryan and Caroline and it’s lovely to win a Grade 1 for them.”

Paul Nicholls’ Ditcheat stable proved to be in tremendous nick on Saturday as his horses helped the trainer record a 10,419-1 seven-timer across the country.

The run began when Pozo Emery took the opening 2m3½f novice hurdle at Chepstow. That was soon followed by wins for Flash Collonges and Barbados Buck’s at Wincanton and Kempton respectively. 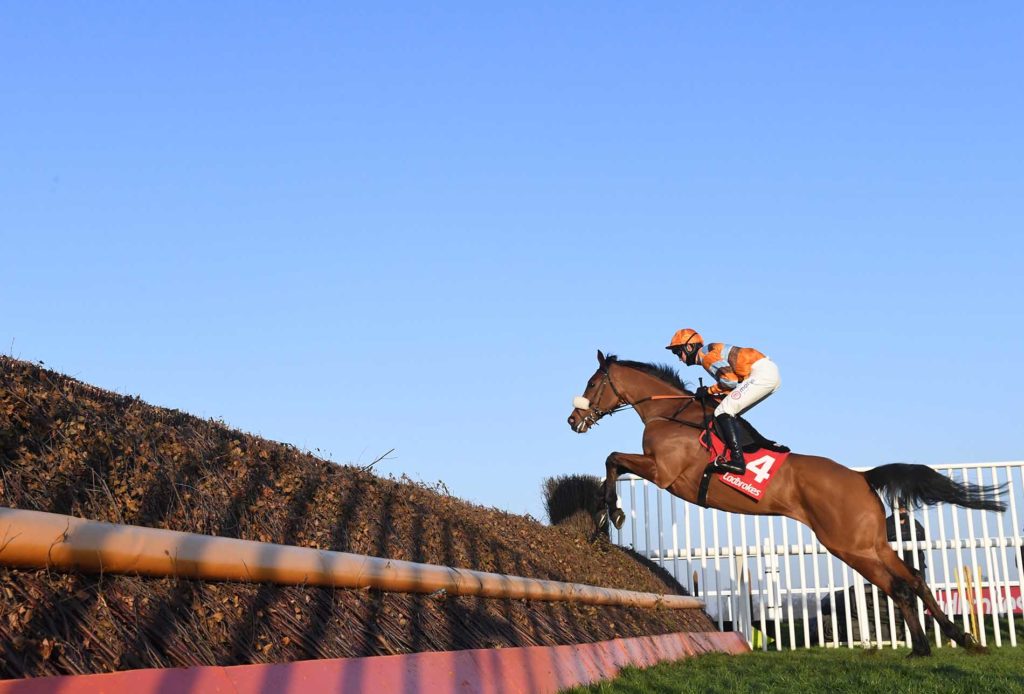 Master Tommytucker and Harry Cobden on their way to winning the Grade 2 Silviniaco Conti Chase at Kempton – Photo: George Selwyn

Back at Chepstow, the fourth winner went in when Storm Arising took the 2m7½f handicap hurdle before McFabulous landed the Grade 2 Relkeel Hurdle at Kempton.

Capeland returned to winning ways in the 2m4f handicap chase at Wincanton and the seventh victory was brought up when Master Tommytucker, despite clouting the last, took the Grade 2 Silviniaco Conti Chase.

The rescheduled Grade 2 Dipper Novices’ Chase went the way of the Alan King-trained Messire Des Obeaux, who dispatched Protektorat by four and three quarter lengths to win the 2m4f contest.

It was the second consecutive success for the nine-year-old at Wincanton having returned after a 313-day break to record an easy win in December. 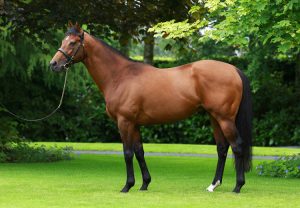