Dreaming of another Diva
Stories

By The Owner Breeder staff 09 September 2011

Born To Sea, the last progeny of blue hen mare Urban Sea, will make his debut in a Listed event for two-year-olds at the Curragh tomorrow. His three-parts brother Sea The Stars and half-brother Galileo both won the Derby.

The son of Invincible Spirit, owned by Christopher Tsui and trained by John Oxx, is set to face eight rivals in the six-furlong Blenheim Stakes, all of whom will have the advantage of a previous outing, including Group 3 winner Experience.

Johnny Murtagh will take the ride on Born To Sea. John Oxx said: “Not too many horses are expected to win a Listed race first time out, however it is the only suitable race that we can find.

“Just like Sea The Stars, his first run will be an educational one and he will not be knocked about.” 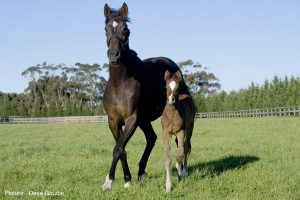 Up Next
Dreaming of another Diva