Sea The Moon to stand at Lanwades Stud

By The Owner Breeder staff 29 September 2014

Sea The Moon, who took the racing world by storm when winning this year’s Desutsches Derby by 11 lengths, is to stand at Kirsten Rausing’s Lanwades Stud in 2015.

The son of Sea The Stars had been favourite for the Prix de l’Arc de Triomphe following his impressive Classic victory but was retired a fortnight ago after a recurrence of an earlier injury when finishing second to Ivanhowe in the Grosser Preis von Baden, the only time he was beaten in five starts.

Bred in Germany by Gestut Goerlsdorf, for whom he raced, he is out of the Monsun mare Sanwa, whose full-siblings Samum, Schiaparelli and Salve Regina are all German Classic winners.

“It is with immense pleasure that we can announce that Sea The Moon is coming to Lanwades Stud for the 2015 covering season,” said Kirsten Rausing.

“He made such a huge impression on everybody when winning the German Derby and we feel that he will be a very popular sire indeed.

“He is a beautiful colt and so closely resembles the magnificent Sea The Stars who has made such an extraordinary impact at stud this year. As he is out of a Monsun full sister to Samum, he represents a fantastic outcross option for many European breeders.”

Richard Brown of Blandford Bloodstock brokered the deal on behalf of Sea The Moon’s owner/breeders, who have retained a share in him at stud.

Gestut Goerlsdorf’s Heike Bischoff-Lafrentz said: “We have spent the last two weeks considering the best options for Sea The Moon and have been approached by many leading European stud farms. Miss Rausing and her team at Lanwades Stud have been absolutely fantastic to deal with and it’s really been a very simple decision in the end.

“Lanwades is a terrific stud farm and the combination of Miss Rausing’s and Gestut Goerlsdorf’s mares, shareholders mares and broodmares from the market place will ensure that Sea The Moon has the best possible start at stud which, as the colt’s breeders, was always our priority.” 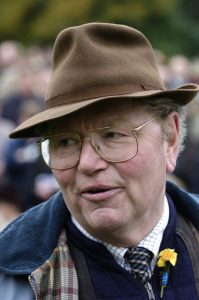 Up Next
Tributes paid to Toby Balding