Coolmore sire led the way among the first-crop sires with an average close to 100,000gns 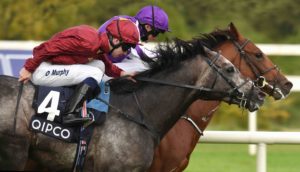 In an industry that is never short of opinions, there is always great mileage to be gained out of absorbing any first-crop sire chat at the various winter breeding stock sales.

The 2019 intake of stallions was typically strong, and they duly attracted their share of discussion – while several emerged unscathed, others have also come out of the week with their reputations tarnished by some brutal assessments.

In turn, that was borne out by an average of 96,889gns, a figure high enough to lead all first-crop stallions. A group of nine sold included three six-figure lots led by the 290,000gns filly out of Archangel Gabriel bought by Philipp Stauffenberg. Vendor Jenny Norris echoed the general thoughts around the sale grounds when she commented: “From what I gather the stallion is getting some very nice stock.”

Among the happy buyers was John Cullinan of Horse Park Stud.

“I managed to get a colt by Saxon Warrior,” he said. “They’re nice horses, scopey types with good movement. I was very happy to get one.”

Anticipation also ran high over the prospects for the first-crop of the much-missed multiple Group 1 winner Roaring Lion, Saxon Warrior’s great rival on the track who died following a single season at Tweenhills Farm and Stud. Representation for the son of Kitten’s Joy was select but he was predictably in demand, with a 105,000gns filly out of Great Court leading the away among a quartet that sold for an average of 71,333gns.

The first European foals of Tweenhills’ shuttler Zoustar also attracted good reviews, as illustrated by the presence of three six-figure lots within a group of 15 that averaged 63,400gns.

Also worthy of mention is The National Stud’s Rajasinghe. Determined to give his Coventry Stakes winner every chance, Phil Cunningham dived in to purchase two by the sire for 50,000gns and 20,000gns, and help push his average to 29,500gns.

“I was very happy to get my Saxon Warrior. The Sioux Nations also look smart, they look like they’ll be quick and sharp.” John Cullinan, Horse Park Stud

“The Tasleets are strong, good-walking sorts. I also liked the Havana Greys. They’re all very similar, they look very like Havana Grey himself, and look like they should make two-year-olds.” David Powell, Catridge Farm Stud

“The Tasleet foals look racy as do the Expert Eyes, they’re scopey types. They have a bit of quality and look like they should go on.” Andy Richardson, Wessex Equine

“Gustav Klimt – he’s getting strong, good-looking foals with a bit of quality. He’s from an excellent stallion family – he’s related to Invincible Spirit, Kodiac etc – and he had speed himself. He could end up being the heir apparent!” Matt Houldsworth 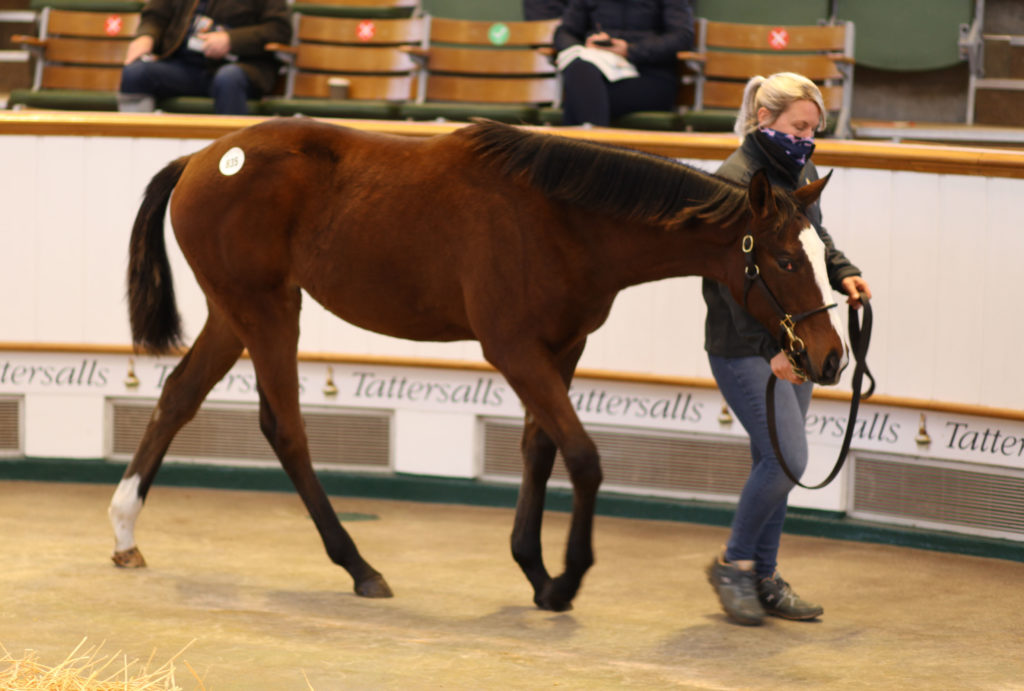 This Saxon Warrior filly was the most expensive foal sold by a first-crop sire, selling for 290,000gns. Photo – Tattersalls 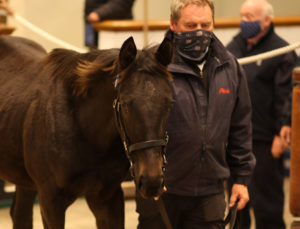 Up Next
Dubawi dominates on vibrant day at Tattersalls