This time next year there will be a great deal of interest in the first runners by the great Frankel. A lesser heralded recruit to the stallion ranks 12 months earlier was Roderic O’Connor, who is bred on the same Galileo-Danehill cross and is a graduate of the Sangster family’s Swettenham Stud.

Trained by Aidan O’Brien, Roderic O’Connor met Frankel twice on the track – the first time when he was runner-up to him in the Dewhurst Stakes at two and then the following year when running down the field in the 2,000 Guineas. That underwhelming performance on his seasonal reappearance was quickly atoned for with a Classic victory of his own in the Irish 2,000 Guineas and he retired later that year to Ballyhane Stud in County Carlow.

On Monday, Roderic O’Connor became the third of this season’s freshman stallions in Europe to sire his first winner after Lilbourne Lad and Poet’s Voice, when the Richard Hannon-trained Great Page saluted the judge on debut at Windsor. The same day, his only other starter to date, Mint Chai, was beaten three-quarters of a length to take second at Cork for trainer Ger Lyons. Both runners were out of mares by sons of Sadler’s Wells – Refuse To Bend and In The Wings respectively – making them inbred 3×3 to the late, great champion sire.

Fifty-three members of Roderic O’Connor’s first crop changed hands as yearlings last year for an average of 22,743gns – a respectable return from his 2012 fee of €9,000, which has been lowered to €7,500 for the current breeding season.

As a Group 1 winner over a mile at two himself and hailing from a family which includes Detroit and her fellow Arc-winning son Carnegie as well as dual Ascot Gold Cup winner Gildoran (Detroit’s half-sister Durtal is the dam of Gildoran and third dam of Roderic O’Connor), it’s fair to assume that a number of Roderic O’Connor’s stock will have the potential to be progressive types.

It may be very early days yet, but his promising start can only be seen as encouraging, particularly as Frankel is out of reach to most breeders. 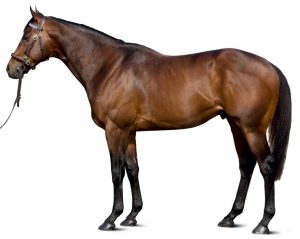 Up Next
Magic start for Poet’s Voice