Sometimes you have to drop a pebble into the middle of a still pond so that the ripples can cause an impact, before they wash their way to the shore and everything becomes calmer. Such an occasion happened a couple of months ago, when in this column I raised the touchy subject of anabolic steroids and highlighted general concern in Britain about their use for therapeutic purposes.

The blanket ban proposed by the BHA was just around the corner, but only a month ago there seemed little evidence the playing fields of Europe were about to be levelled.

Unfortunately, my message, and by implication the TBA, was misinterpreted in certain quarters as accusing breeders in France and Ireland of wrongdoing. That was definitely not the case, as close examination of the words in the article actually revealed.

Whilst the withdrawal of anabolic steroids for therapeutic benefits still remains a sticking point for a number of vets in Britain and may continue to do so for some time, I have made no bones about the fact that we wanted the French and Irish racing authorities to declare the same commitment to outlawing their use. This leaves the way clear for everyone to have confidence that the major European racing and breeding powerhouses are working to the same criteria. With the January 1 implementation date looming fast, the BHA has now confirmed it has spoken with the authorities in France, Germany and Ireland on several occasions during 2014. By the time you read this article it is indicated that the position will be much clearer. Until that happens, the TBA’s position will remain the same.

From the outset, our message to the BHA was that racing had to be conscious of the global nature of the thoroughbred market. It also had to be aware of the need for breeders to operate on a level playing field as far as the adoption of zero tolerance to anabolic steroids was concerned. Thankfully, despite a startled response from one or two interested parties outside Britain, the ripples quickly picked up momentum, washing on to the shores of France and Ireland, and even lapping up to the doors of the Paris headquarters of the International Federation of Horseracing Authorities.

Taking those principles a step farther, direct involvement by the IFHA is key to clarifying the way forward and providing assured answers to important questions that affect the bigger picture. I have responded to the IFHA’s offer of help to request two outcomes: an agreed regime for dealing with horses that test positive to anabolic steroids and commitment from all racing authorities on delivering the policy on the same terms and to the same timescale; and a unified approach to penalties and exclusions in the event of a positive test. I hope to be able to report on this next month.

In the meantime, and without compromising any plans that the main racing authorities may eventually devise, the feeling is growing that common interests should be rowing in the same boat. I am delighted, therefore, that both the Society of International Thoroughbred Auctioneers (SITA) and the European Association of TBAs (EFTBA) have taken up the issue.

In early December these groups showed direct interest in bringing the respective breeding and commercial interests together to identify a common policy. Through the offices of EFTBA a decision was made to ask leading Irish vet, and Chairman of the EFTBA Veterinary Committee, Des Leadon, to form a working committee. This will advise on recent developments relating to anabolic steroids, from identifying differences in national legislation to examining demands for access to premises that sit outside racing’s licensing jurisdiction.

Membership will not be confined to vets. A list of principles is being drawn up and a tight timetable for the reporting process has been set. We are finally making progress. If the comments made here two months ago were the catalyst for respective parties to show they are as committed as those in Britain, throwing a stone in the water will have been no bad thing. 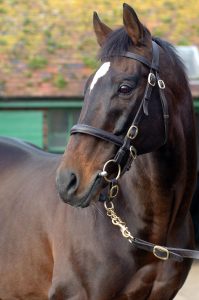 Up Next
Grade 1 success for British NH sires