Walter Swinburn was one of the finest Flat jockeys of his generation, his Derby win on Shergar one of many highlights

Multiple Group 1-winning jockey and formerly successful trainer, Walter Swinburn, has died peacefully at his home at the age of 55.

His first winner on a racecourse came at Kempton Park on July 12, 1978 on a horse called Paddy’s Luck.

At just the tender age of 19, he steered the Aga Khan’s superstar Shergar to an emphatic ten-length success in the 1981 Epsom Derby. His easy win on the Sir Michael Stoute-trained colt in the Chester Vase earned him the nickname ‘Choirboy’.

Swinburn followed his first Derby with another five years later for the same connections under the chestnut Shahrastani, who that day got first run on Prince Khalid Abdullah’s Dancing Brave and fellow jockey Greville Starkey.

His third win in the race came in 1995 aboard Lammtarra, who subsequently went on that season to win the Prix de l’Arc de Triomphe in the autumn under Frankie Dettori.

Besides this, he won a whole array of Group 1s in the European and Irish calendar. He gave Aidan O’Brien his first success at the highest level when he partnered the Michael Tabor-owned Desert King to glory in the National Stakes at the Curragh in 1996.

That same year, the Oxford-born talent endured a life-threatening experience when riding at Sha Tin, Hong Kong. He was put in a coma for four days after being catapulted into the running rail.

But he came back stronger than ever and within six months captured the Breeders’ Cup Turf aboard the Stoute-trained Pilsudski.

Not only this, his time spent in Ireland saw him take the jockeys’ title over there on two successive occasions between 1976 and 1977 and was the first jockey to record over 100 winners in an Irish Flat season.

Speaking to At The Races, Stoute said: “He was just a naturally gifted rider with a God-given talent. The big days turned him on. We had a great relationship. Of course there were many times when he drove me absolutely mad, but he just had this unique talent.”

He added: “We loved him riding the horses and he had a great relationship with the staff over a long period. He always had to work very hard on his weight. There was a vulnerability, but that maybe comes when you have as much talent as he did.”

Four years after retiring from the saddle at the turn of the century, Swinburn took out a trainer’s licence, predominantly on the behalf of his father-in-law Peter Harris.

Despite saddling more than 250 winners over a seven-year period, he gave up the training game in 2011 owing to viability reasons.

Three-time champion jockey, Dettori said on twitter: “Very saddened to hear the shocking news of Walter Swinburn passing away. A true talent and gentleman, thoughts are with his family.” 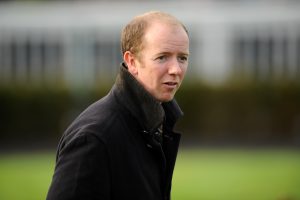 Up Next
Six-month ban handed to Best