To support talented riders from under-represented communities, British Racing announced the launch of the Riding A Dream Academy on Thursday.

Named after the documentary that followed Khadijah Mellah as she became the first British Muslim woman to win a race in Britain when landing the Magnolia Cup at Goodwood in 2019, the academy will welcome its first cohort this summer.

Funded by the Racing Foundation and independently developed by ITV Racing’s Oli Bell and Great British Racing’s Head of PR, Naomi Lawson, the academy will run two programmes for individuals aged 14-18 – The Khadijah Mellah Scholarship and a residential week. Both will be delivered by the British Racing School in Newmarket.

The year-long programme will welcome eight riders in its first year with those successful through the application stage spending a week at the British Racing School.

That will be followed by 11 monthly weekend sessions at the school where they will be paired with a mentor, have the chance to gain work experience at a top racehorse trainer’s yard, participate in pony races and gain a 1st4Sport Level 1 qualification in the horseracing industry.

The sister programme, the residential week, will act as an introduction to the racing industry for less experienced riders and is likewise aimed at those from under-represented groups and communities.

Mellah said: “Racing changed my life forever and I hope that by getting involved in the Riding A Dream Academy it will change other young people’s lives too.

“If you come from my background, it can be difficult to imagine yourself in racing so I hope the academy will give other young people the confidence that racing is a sport that you can get involved in, where you will be supported and where you can achieve your dreams and anything you set your mind to.”

Oli Bell added: “We are incredibly grateful to the Racing Foundation for funding The Riding A Dream Academy which will enable lots of young people who wouldn’t otherwise have had the opportunity to experience the thrill of horse racing.

“It will hopefully provide a legacy to Khadijah’s achievements when she showed that the impossible can be possible and it is something that I am hugely proud to be a part of. I look forward to meeting the racing stars of the future who will be a part of this terrific new initiative.” 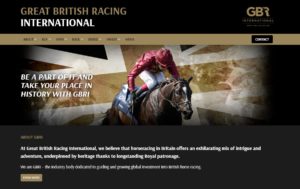