Three years ago, a visitor to Haras de la Cauvinière would have found a beautiful old Normandy farmhouse next to a small stable yard and barn, with a handful of mares grazing in tree-lined paddocks, similar to hundreds of properties dotted around that horse-laden area of northern France.

The stud’s proprietors, Sylvain and Elisabeth Vidal, son-in-law and daughter of the owners of the land on which the original hub of the operation sits, set out with the same dream as many young people in the racing and breeding business: to attract enough clients to their fledgling business to make it viable. Like a number of studs in the area, La Cauvinière enjoyed the patronage of breeders from England and Ireland keen to take advantage of the lucrative French premiums on offer, but it was a domestic owner who would help to turn the stud into the busiest new stallion farm in France.

“A few years ago, Gérard Augustin-Normand started buying a few yearlings and the horses were coming here after the sales to have a break,” says Sylvain Vidal, 39. “He asked me if I would like to get more involved and to have a stallion here, and then if I would like to buy some horses for him.”

As luck would have it, the stallion Augustin-Normand had in mind to stand at stud in the tiny village of Notre Dame de Courson, just south of Lisieux, was his 2009 Prix du Jockey-Club winner Le Havre, who was named in honour of his home town. Now in his third season at stud, the dark brown son of Noverre has been instantly popular with breeders, covering 146 mares in his first season and 138 last year. In 2011 he was joined at the stud by the former Ballydoyle campaigner Air Chief Marshal, who covered the biggest book of mares of any freshman sire in France last season.

“We are very happy,” says Sylvain Vidal, unsurprisingly. “We have two really popular stallions but they are two very different horses – one a sprinter with a lot of precocity and the other a Classic winner. Promotion is very important, of course, and we didn’t want to price them too high but Le Havre already has 120 mares booked to him again this year.”

We’re very fortunate that Le Havre has stayed in France; he could easily have been sold to Japan

With our conversation having taken place in late January during France’s ‘Route des Etalons’ weekend, that figure has doubtless risen, particularly given the number of visitors to the stud during those two days. One of the early birds was Berend Van Dalfsen, whose own stallion Turtle Bowl, resident at Haras de la Reboursière et de Montaigu, was quick off the mark with a Group 1 winner in his first crop last season. Van Dalfsen, along with breeders such as Newsells Park Stud and Lady Chryss O’Reilly, has an arrangement with Cauvinière to swap nominations to stallions under their ownership.We’re very fortunate that Le Havre has stayed in France; he could easily have been sold to Japan

While Air Chief Marshal’s fee of €3,000 is at a level one might expect to help him to attract a decent number of ‘commercial’ mares whether he was standing in England, Ireland or France, Le Havre’s €5,000 fee seems relatively little for a horse with Classic credentials. It is, however, in keeping for the French stallion market, which has been missing a star turn since the deaths of the likes of Highest Honor, Anabaa and Linamix, and has a raft of stallions in the €2,000-€5,000 bracket.

Le Havre and Air Chief Marshal now have a special stallion complex on the site of a nearby farm formerly known as Haras du Montfort, which is also now home to Sylvain, Elisabeth and their one-year-old daughter Victoire.

The next-door farm, Haras de la Touques, has also been purchased in partnership with Augustin-Normand and houses yearlings, in addition to another yearling farm on land bought by the Vidals between La Cauvinière and Montfort. The original stud is still home to the 75-strong broodmare band, and cumulatively the four farms cover 250 hectares.

“As well as M. Augustin-Normand we have kept our same clients for the last six years – breeders from Switzerland, England, Ireland, Germany and Spain,” says Vidal. “We’re looking for another stallion and would welcome the opportunity to stand another horse with a strong pedigree and good performance record.” 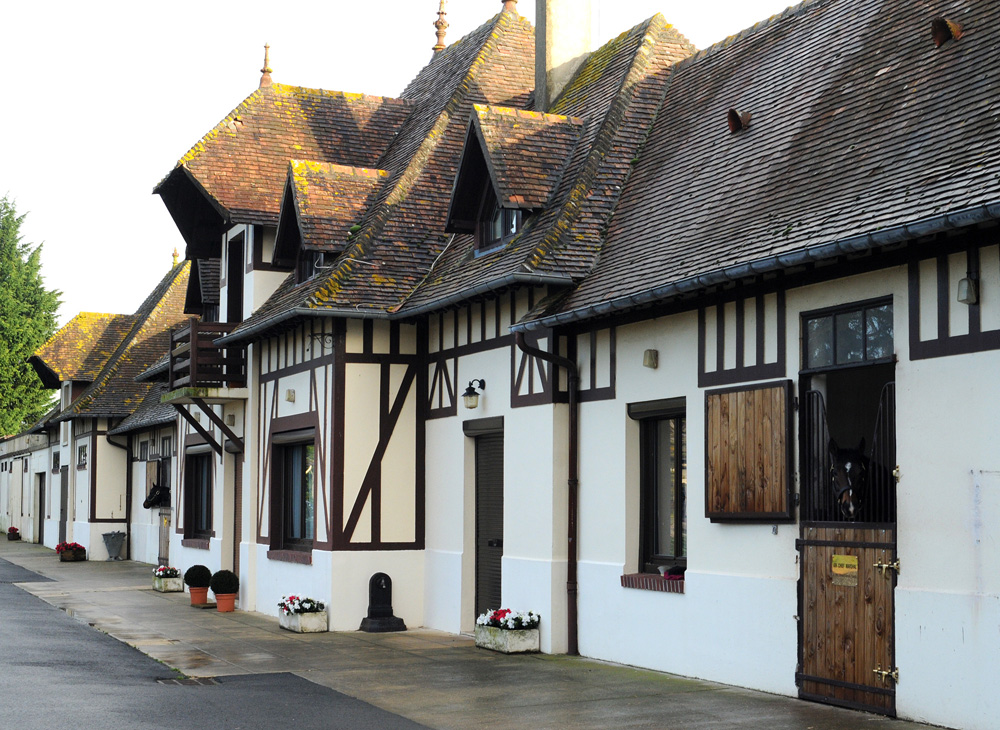 As the equine population at La Cauvinière has grown, so, naturally, has the number of people involved. Vidal now employs a team of 15 and made a key appointment two years ago when encouraging his former colleague and compatriot Mathieu Alex to leave Coolmore and County Tipperary to return to France. An engaging character who speaks fluent English with a Franco-Irish accent, Alex has no doubt benefited from the thorough grounding he was given when part of Coolmore’s nominations team, but is very much enjoying being back in his homeland and working with his old friend. Together they have invested in some mares and have formed a breeding partnership under the name ‘Ecurie La Cauvinière’.

He says: “Sylvain was my mentor at Coolmore. I first met him on the street in Fethard and he pointed at me and said ‘Are you the new Frenchman?’ I said yes and he asked me who Sadler’s Wells was by. When I replied ‘Northern Dancer’ he invited me to have a drink.

“We became friends but Sylvain went one way and I stayed there. I really enjoyed my time in Ireland but I started to feel it was time to come home to France. There was only one place to come back to and that was here.” 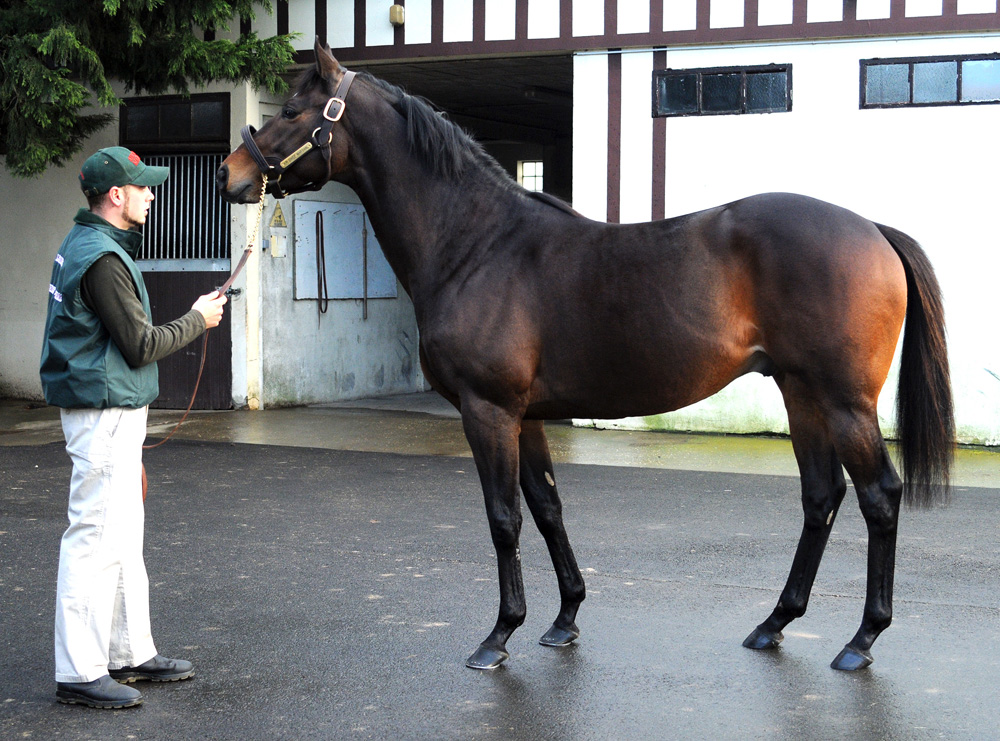 The Coolmore connection has already helped in bringing Air Chief Marshal to the stud – he is currently the sole son of Danehill Dancer in France – and it has given the duo a good head start when it comes to stallion management.

“We were told that the first two years of a stallion’s career are the most important ones,” says Alex. “We have had to work hard to make sure that they were getting the mares but Sylvain and Elisabeth are a very good team and for the last six years Cauvinière has built up a very good name – that’s where it starts.

For Vidal, his Coolmore experience was backed up by stints with Ballydoyle, the Niarchos family and at Lane’s End Farm in Kentucky, looking after the likes of A.P. Indy. His role now incudes buying yearlings and mares for Augustin-Normand, who also owns Air Chief Marshal in partnership with Haras de la Cauvinière, and has supported both stallions with a significant increase in the size of his broodmare band. 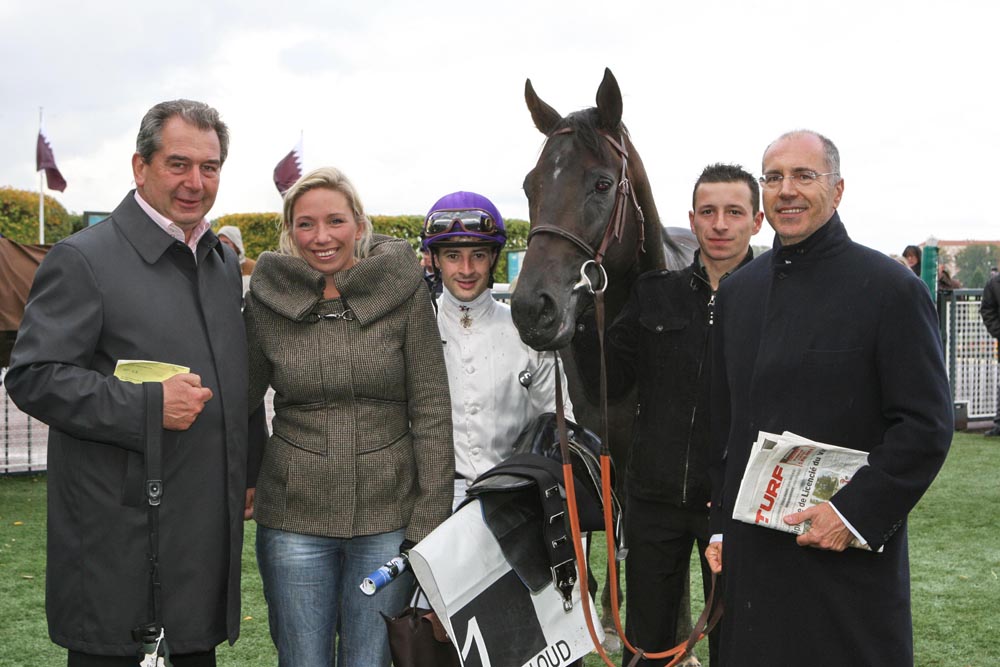 With 120 horses in training, the financial analyst and former head of asset management firm Richelieu France set a new record of 98 winners as an owner in 2011, breaking the seasonal record previously held by the Aga Khan. Augustin-Normand is now a significant force in the French thoroughbred industry but his passion for racing, however, was developed in the field of trotting.

“The great thing is he just loves horses. His grandfather was a trotting trainer so he used to go racing as a kid,” says Vidal, who was also occupied during the open weekend with a trip to Vincennes for trotting’s biggest prize, the Prix d’Amerique. Augustin-Normand’s runner Quif de Villeneuve was heading to the race following victory in the Group 1 Prix du Cornulier.

The owner’s thoroughbred string is spread about, with Le Havre’s trainer Jean-Claude Rouget being the main beneficiary.

Vidal says: “He likes to have many trainers – Jean-Claude Rouget is in the south-west where the climate is good for the horses, but there’s also Francois Rohaut, Mikel Delzangles, Elie Lellouche, Nicolas Clement, Stephane Wattel, Yann Barberot and Pia Brandt. It was his idea to operate like that and it works well.”

With plenty of breeders visiting La Cauvinière, combined with Vidal’s increasingly high profile as a buyer at the sales, his is a face that is becoming well known in racing circles.

“We’re quite busy but it’s better this way,” he says. “There are only a few Classic winners who stay at stud in France so we were lucky that M. Augustin-Normand wanted to keep Le Havre in this country. We’re really grateful to him for standing him here. His involvement with the stud is obviously a good opportunity for us but it’s also good for French breeders as he could easily have sold Le Havre to Japan. It has been a dream really.”

A dream it may be, but it is one which demands Vidal keeps to a punishing schedule. His and Elisabeth’s hard work has been rewarded by a dose of good fortune, and few could begrudge them that. 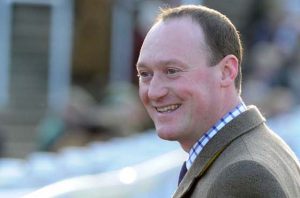 Up Next
Ideal grounding