Worth his weight in gold
Stories

The possibility of a second trip to Royal Ascot for Australia’s super mare, plus a potential visit to Frankel, now being mooted by connections

When the peerless Australian sprinter Black Caviar ‘fell in’ at Royal Ascot last year, the racing world breathed a sigh of relief that her mission had been accomplished: even though she clearly hadn’t brought her ‘A-game’ to Britain, she had come, seen and conquered, and could now head home with a Royal Ascot victory under her belt and her unbeaten record intact. And it never really crossed anyone’s mind that she might come back for more this year.

However, that seemingly unlikely possibility is becoming a more and more realistic option every day. This weekend her connections have given a strong indication that another raid could be on the agenda – with the bonus of a date with Frankel thrown in.

As she clearly ran well below form on her only run outside Australia, it is easy to see why Black Caviar’s connections would want to stay at home. However, it is equally easy to see why they might want to repeat the trip. The reception which their mighty mare was given by all sections of the British racing community was overwhelming, and they would surely all agree that the moment when the Queen came down to pat their horse in the Royal Ascot winner’s enclosure was a delight which money couldn’t buy. Who wouldn’t want to try to repeat such a thrill?

The crucial factor is that at present Black Caviar appears to be in the form of her life. Last summer it appeared as if the spirit was still as strong as ever, but the flesh was beginning to weaken. However, the skill of her trainer Peter Moody seems to have rejuvenated her: her two recent wins, which have stretched her unbeaten run to 24, are arguably the two best performances of her life.

Black Caviar resumed last month by breaking the 1000m record at Flemington in Australia’s premier weight-for-age sprint, which is now known as the Black Caviar Lightning Stakes. Her win was effortless – but subsequent events have shown that the form was outstanding, with two of the beaten runners having filled the quinella in Melbourne’s second most prestigious sprint, the Newmarket Handicap.

Last Friday Black Caviar was equally dominant, taking the Group 1 William Reid Stakes at Moonee Valley with her head in her chest. She is at the very top of her game, she looks terrific and is moving like a horse with not an ache or pain in her body – so an opportunity to show the British racing public how good she really is might be too tempting an option to turn down.

Throw in a covering in September to southern hemisphere time by Frankel, the wonderhorse with whom she shared the spotlight at Royal Ascot last year, and the latest very special chapter in the Black Caviar story could be about to be written – and if her top-class half-brother All Too Hard lines up for the Queen Anne Stakes, the scene could be set for the a truly historic occasion. 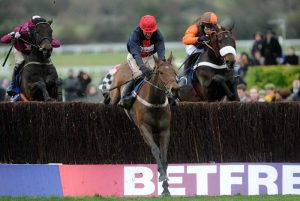 Up Next
Worth his weight in gold