He’s on his fifth trainer and racing for his fifth owner but the evergreen Marodima clearly relishes a regular change of scenery and retains every bit of enthusiasm for the game, as illustrated by two back-to-back steeplechase victories within 48 hours last week.

On Thursday, he won a two-and-half mile chase at Fontwell, charging off in his customary fashion to lead by a wide margin through much of the race and eventually win by 53 lengths. Two days later, he and Tom O’Brien were at it again, this time back in trip to two miles around Warwick. Have made his rivals toil to keep up with him when setting a fierce pace from he off, Marodima looked as if he might be caught close home by Gracchus but demonstrated admirable tenacity to hold on to record his 14th win under National Hunt rules.

The French-bred son of Robin Des Pres raced just once in his native country and is one of the few horses to finish in front of the great Big Buck’s. The pair finished a nose apart when second and third in the Prix de Milly at Fontainebleu in April 2006.

with such evident potential, Marodima was snapped up privately to race for the Million In Mind Partnerhsip and was trained on arrival in the UK by Oliver Sherwood, for whom he won twice.

As is their custom, Million In Mind sent the then four-year-old to Doncaster’s May Sale where he was bought for £145,000by Paul Nicholls for David Johnson. It was in Johnson’s blue, green and white colours that he gained his greatest success, winning the Grade 2 Henry VIII Novices’ Chase at Sandown in December 2007 before notching a hat-trick of spring victories at Wincanton, Perth and Worcester.

By the following spring Marodima had moved to the new yard of Rebecca Curtis, winning another three times for the Welsh trainer before switching to another new recruit to the training ranks, Jamie Snowden, in May 2010. He won on his first start for Nicky Henderson’s former assistant and has since added another three wins to that tally.

Marodima’s 14 wins and 14 places from 51 starts over six consecutive seasons in training are testament not just to his ability but to his undoubted durability. 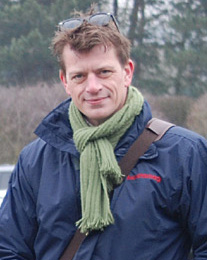 Up Next
Best Turned Out series launched