Refuse To Bend dies at 12

Refuse To Bend, trained by Dermot Weld to win the 2,000 Guineas of 2003 in the colours of his breeder Moyglare Stud, has died from a heart attack at the age of 12. 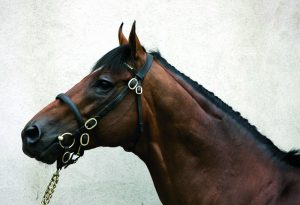 Refuse To Bend, a Group 1 winner in three consecutive seasons

The 12-year-old son of Sadler’s Wells was about to stand his first season at Julian Ince’s Haras du Logis in Normandy following stints at Kildangan Stud and Whitsbury Manor Stud.

A half-brother to the Melbourne Cup winner Media Puzzle, Refuse To Bend was at his best over a mile and won Group 1 races at the ages of two, three and four, landing the National Stakes and the Queen Anne Stakes in addition to his Classic success.

He was sold to Godolphin at the end of his three-year-old campaign and subsequently retired to stud for Darley in 2005. Among his best offspring were the French-trained Group 1 winners Sarafina and Wavering, both daughters of Darshaan mares. The same cross also worked with his Group 3-winning daughter Grace O’Malley and the Listed winner Alaiyma. In total, Refuse To Bend has sired 15 Stakes winners and 23 Stakes horses from his stud careers in Europe and Australia.

Darley’s director of stallions, Sam Bullard, said: “Refuse To Bend’s death will be a significant loss for breeders, Haras du Logis and to Darley. He was a superb racehorse and he had it all ahead of him as a stallion. Refuse To Bend’s progeny had a wonderful 2010 and 2011 and as a result he was proving very popular in France this year.” 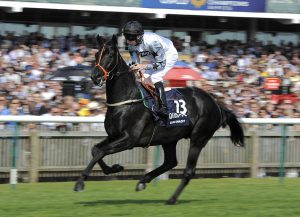