With the Sir Michael Stoute-trained Dartmouth in contention towards the head of the market – the King George VI and Queen Elizabeth Stakes – promised to throw up a magical moment for his owner Her Majesty The Queen, who was seeking a first success in the race.

However, there was to be no stopping the powerhouse that is Ballydoyle. Their globetrotting four-year-old Highland Reel, went on to give the team their fourth win to date in the prestigious Group 1 contest.

From the very start, tactics came to the fore as Ryan Moore sent Highland Reel to the front. The Aidan O’Brien second-string Sir Isaac Newton, was held up towards the rear by Seamie Heffernan alongside Dartmouth who was ridden patiently for a late run.

The strongly-supported favourite set what appeared to be muddling fractions, tracked by French challenger Erupt and Epsom Derby fourth Wings Of Desire in the early stages.

Moore increased the pace a mile out, giving himself a good four length advantage over his six rivals and steadied the pace once again to give his colt what appeared to be a breather on the run into the turn for home.

Highland Reel kicked again with two furlongs to go and maintained his length and a half advantage over Wings Of Desire crossing the winning line. The Queen’s Dartmouth made late progress into third under Olivier Peslier, in a race which clearly wasn’t run to suit the Hardwicke Stakes winner.

Once again, Moore was seen at his best in the saddle – securing his second win the race following Conduit’s triump in 2009. With already eight Group 1’s in the bag this season, Moore has the promise of more to come next week at Glorious Goodwood.

“He’s had a tough year starting in Dubai and went to Hong Kong and it didn’t work out,” reflected Moore. “It’s a master achievement for Aidan to get him back in this sort of shape to win this sort of race.”

O’Brien first won the midsummer showpiece with Highland Reel’s sire Galileo back in 2001, his two other victories in the race coming back-to-back starting in 2007 with Dylan Thomas, followed a year later by Duke Of Marmalade also ridden by Johnny Murtagh.

Highland Reel’s consistency has been a trademark of his career to date. This his third win at the highest level, follows victories across two different continents last year, at Arlington in the Secretariat Stakes which was followed by success in the Hong Kong Vase at Sha Tin.

O’Brien said: “Everyone knows he travels the world and he loves travelling.

“He’s getting better which is amazing, physically the development is plain and mentally he is a rock.”

He’s getting better which is amazing, physically the development is plain and mentally he is a rock

Earlier in the afternoon, Frankel became a Group-winning sire from just his first crop of two-year-olds, as his daughter Fair Eva, sporting the Khalid Abdullah silks ran away with the Group 3 Princess Margaret Juddmonte Stakes.

The Roger Charlton-trained filly was held up in the early stages by Frankie Dettori, and when asked to pick up a furlong and a half out, drew impressively clear of her field.

She crossed the winning line four lengths clear of her nearest pursuer Kilmah, trained by Mark Johnston. The performance catapulted her to the top of next year’s 1,000 Guineas market, after just two racecourse appearances.

Up at York, another Charlton-trained runner was to be the central attraction in the Group 2 Sky Bet York Stakes over the extended 1m 2f.

The son of Dubawi finished third behind Hawkbill in the Coral Eclipse three weeks ago, and was duly sent off a warm favourite stepping down in class.

After travelling strongly through the contest under Pat Smullen, the four-year-old was made to work hard by the David O’Meara-trained Mondialiste in the final furlong, prevailing by just under a length at the post. 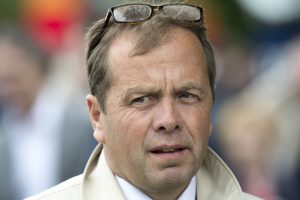