German breeding to the fore
Stories

The jumps season has only recently switched into top gear but owner Simon Munir has already enjoyed a red-letter day with three stakes winners on Saturday.

Four-year-old filly Une Artiste started the new season in style by winning the Listed OLBG Mares’ Hurdle at Wetherby, adding to her two black-type wins at Cheltenham in March and April.

At Ascot, the Alan King-trained Raya Star added to his G2 Scottish Champion Hurdle victory in April by landing the Listed William Hill Priority Races Handicap Hurdle to take his tally to six wins from 14 starts. The son of Milan, now six, cost £25,000 when picked up as a three-year-old at DBS and is looking very well bought indeed.

Later on the same card, Roberto Goldback posted a nine-length victory over Duke of Lucca in the day’s feature race, the Grade 2 United House Gold Cup Handicap Chase. Like Une Artiste, he is trained by Nicky Henderson having been bought out of Dessie Hughes’s stable over the summer.

The owner does not restrict his string to British yards, however, as he has recently enjoyed success at Auteuil with Volluto and Tali Des Obeaux, trained in France by Guy Cherel and Guillaume Macaire respectively. 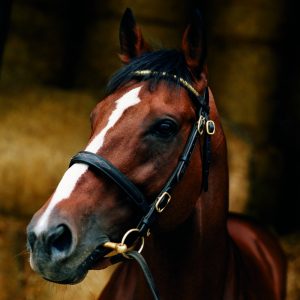 Up Next
German breeding to the fore