A memorable edition of the Tattersalls July Sale drew to a close in Newmarket on Friday evening with records across-the-board.

“Records across the board are always welcome and the 2022 Tattersalls July Sale has achieved unprecedented figures for all the key indicators,” said Tattersalls Chairman Edmond Mahony. “The sale turnover has exceeded 16 million guineas for the first time, an average price in excess of 30,000gns is also a first for this fixture and the median of 15,000gns is another sale record and a clear indication of a sale which has shown extraordinary strength and depth from start to finish.

“The top price of 540,000 guineas paid for the outstanding Shadwell mare Rihaam is also a July Sale record, but perhaps the most important statistic is the clearance rate which for the fourth consecutive year was more than 90% and on day 2 of the sale was a truly extraordinary 99%.

“Demand at all levels of the market has been typically international with buyers from every continent in the world all contributing to the record breaking trade and particularly notable has been the strong Australian contingent headed by Zhang Yuesheng’s Yulong Investments. Domestic buyers, both Flat and National Hunt, have also been competing strongly all week and the sustained demand for well – bred fillies and mares is another positive not only for the Tattersalls July Sale but also for the wider industry.”

The daughter of Iffraaj has looked a filly of immense potential for Sir Michael Stoute this season, running fourth behind Emily Upjohn in a hot 1m2f maiden at Sandown before winning decisively over the same distance at Goodwood.

In addition, she hails from the Rothschild family’s excellent Crystal Star family as a daughter of the Dansili mare Crystal Etoile, also the dam of Australian Listed scorer Crystal Pegasus who is herself a half-sister to champion Crystal Ocean.

“I am going to send her back to Sir Michael,” said Barry Irwin of Team Valor. “He knows her and I will talk to him.

“It is hard to find fillies like her. I like the way she finished her races out, especially in the last 150 metres or so. She looks like she is a solid middle-distance filly on the way up.

“I like her pedigree, she looks as though she is a big good-looking filly who will improve this year and especially next year.”

He added: “She has a half-brother who won four in a row, including two Listed races in Australia. He could possibly win a Group race and that will help a little bit. And the second dam was very good.” 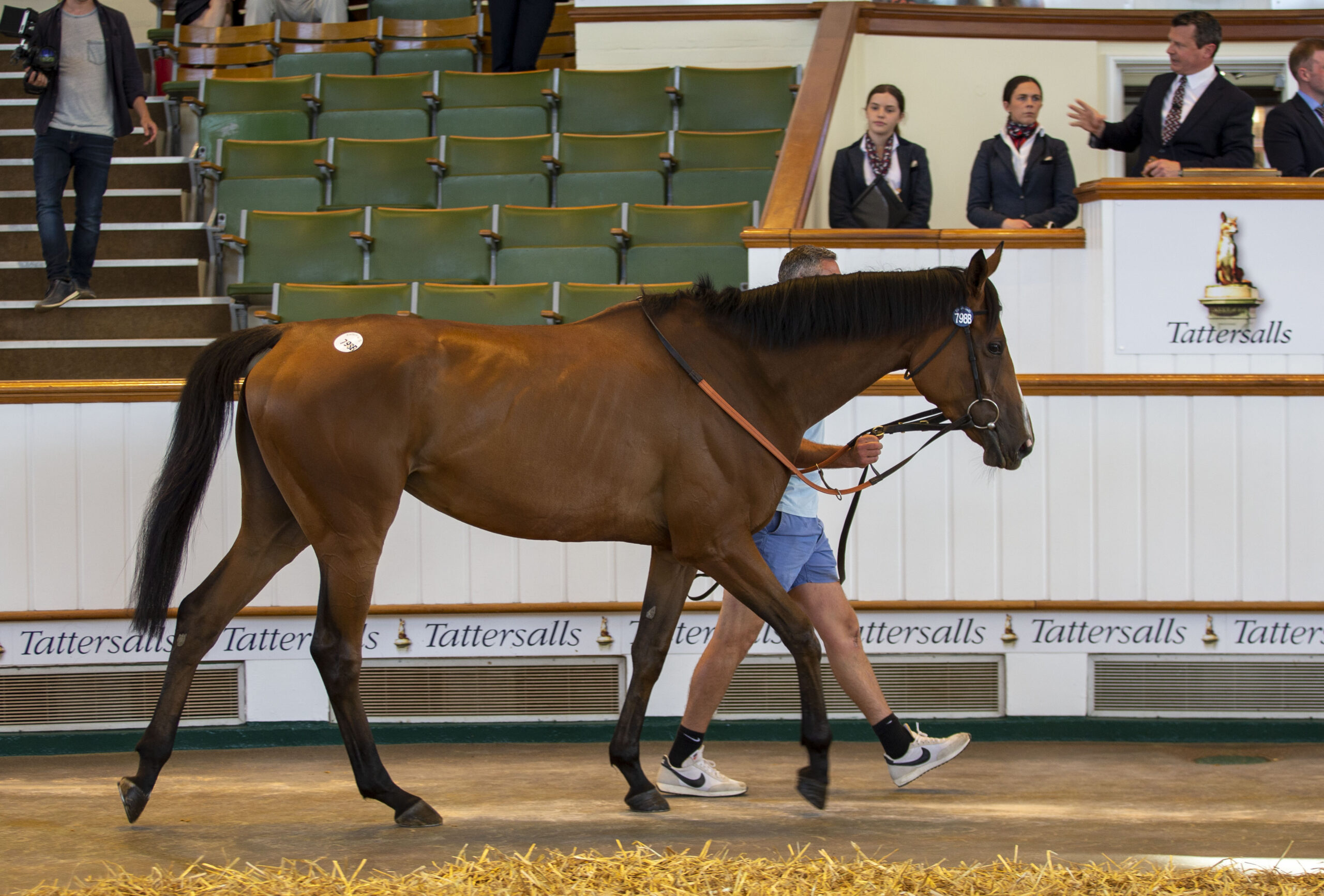 Latin Lover, who provided trainer Harry Eustace with a landmark first Royal Ascot success when successful in the Palace Of Holyroodhouse Handicap, was another highlight, falling to an online bid from Ahead All as agent for 210,000gns. The three-time winner now boasts a rating of 89, up from the catalogued 78, and will now likely ply his trade abroad.

“Latin Lover looks strong and a good example of one by Starspanglebanner,” said an Ahead All representative. “He won well in at Royal Ascot last month in a big field of 27 runners. He has improved after being gelded last year and is concentrating more on the job as a three-year-old. He is a good size and we expect him to make up into a good sprinter.”

As trade headed into its final stages last night, it was a draft from John and Thady Gosden’s Clarehaven Stables, offered through The Castlebridge Consignment, that stole the show, turning over 475,000gns for four horses sold.

Well-bred as a Galileo half-brother to Listed winner Chartreuse, the colt has won his last two races for Bjorn Nielsen, with a cosy score at Leicester in handicap company followed by a victory over an extended 1m6f in class 2 company at Doncaster.

“He’s a nice, progressive horse,” said Douglass. “We like buying from Mr. Gosden as they’re well-bred, well produced, they’re looked after and respected, and there’s miles left in the tank. We bought a few horses off him last year and they’ve done well in all parts of the world.

“This horse has got a proper pedigree. He’ll go straight to Qatar. He was a bit of a standout here and we waited for him.” 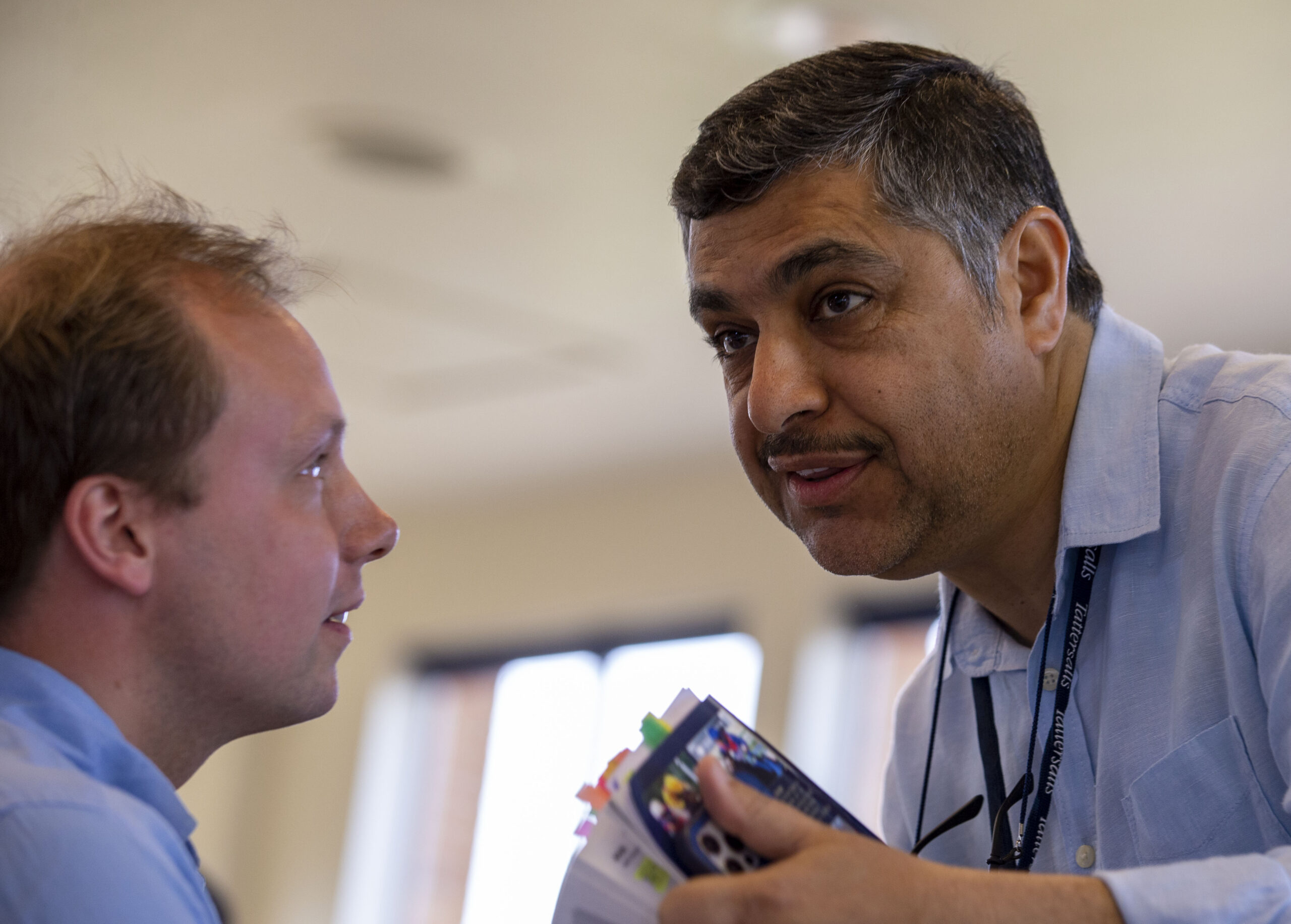 Qatar is also the destination for Upton Park, a recent wide-margin winner at Newbury for Andrew Balding, following his sale to Ibrahim Saeed Al-Malki for 150,000gns.

“He’s a good-looking, scopey horse who won well at Newbury,” said Al-Malki. “He looks like he appreciates distance, which is what I was looking for. He’ll go straight to Qatar. He might need some conditioning but hopefully he’ll be one for the Qatar Derby.”

Upton Park was sold on behalf of Qatar Racing by Jamie Railton, which was also the source of Spartan Army, a 170,000gns purchase by Jerry McGrath on behalf of an owner with Alan King.

The colt got off the mark on his third start over an extended 1m2f last time out at Down Royal for Joseph O’Brien.

“He’ll ultimately have a dual-purpose campaign,” said McGrath, signing as Ballymaw Bloodstock. “He will go jumping but he still looks progressive on the Flat – hopefully there’s a bit more to come. He came well recommended and he’s by a sire in Highland Reel who already looks exciting over jumps, so he ticked a lot of the boxes.”

Bahrain-based buyers remained active, notably agent Oliver St Lawrence, who came out on top for the progressive Roxzoff at 150,000gns. Trained by Charlie Hills, the son of Zoffany has recent wins at Wolverhampton, Southwell, Brighton and Sandown to his credit, which in turn has pushed his rating to 83.

Plans call for the gelding to join trainer Yusif Taher.

“He’ll go straight to Bahrain,” said Taher. “I came here just for him and I hope he’ll be a classy horse for us in Bahrain. He looks to be improving.” 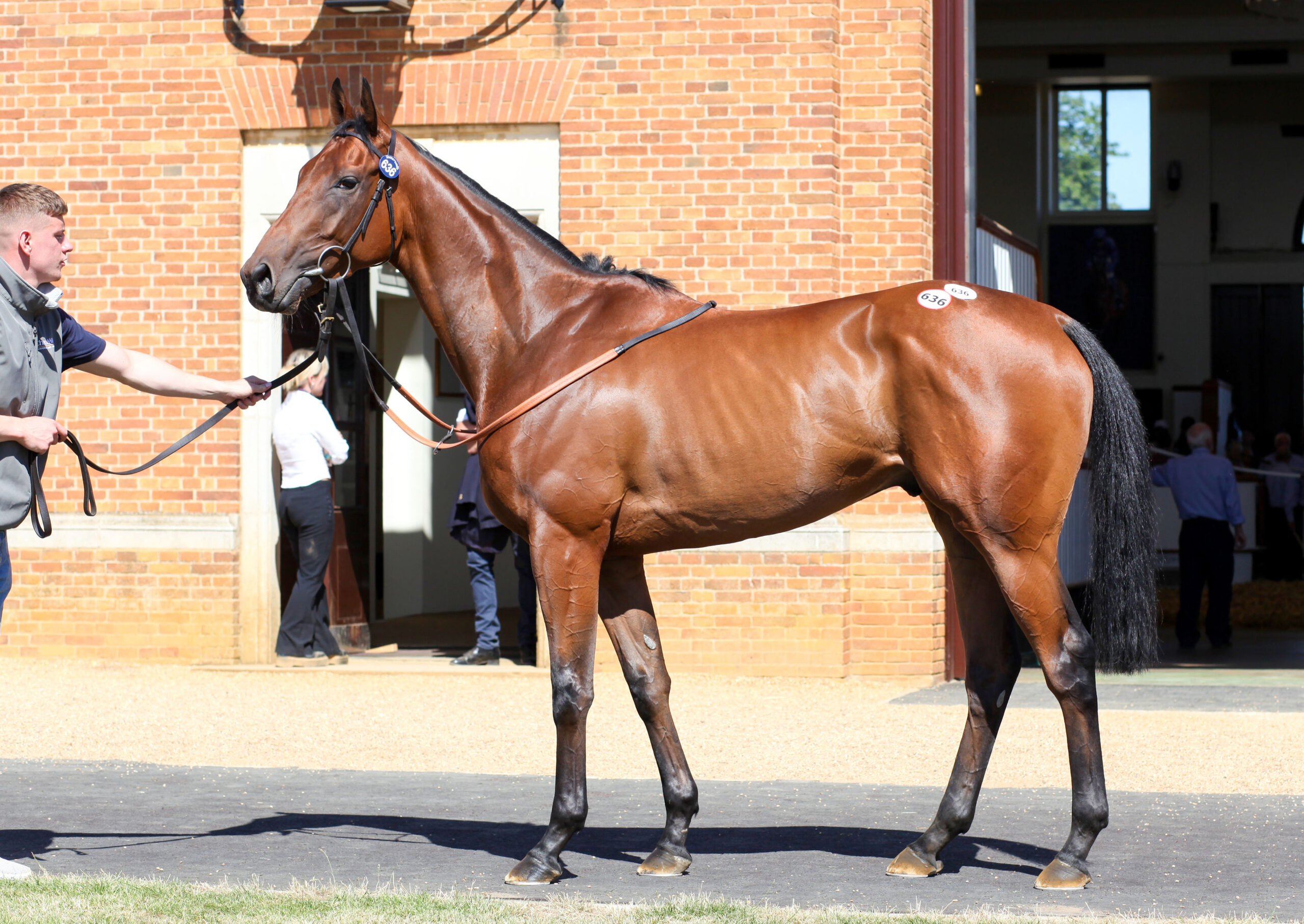 Roxzoff: will continue his career in Bahrain. Photo – Tattersalls 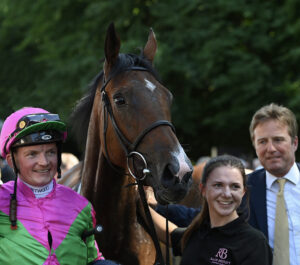 Up Next
Prosperous Voyage sails past Inspiral to land Falmouth Stakes