“Rarely do you find me speechless. We are blown away by the result”

Trade was particularly frenzied on Tuesday, when the average surpassed the half-a-million dollar mark at $513,851. Of the 74 horses that sold, ten made seven figures.

“Rarely do you find me speechless,” said Fasig-Tipton President Boyd Browning. “We are blown away by the results. The energy, the excitement, it just feels so good from an industry perspective.” 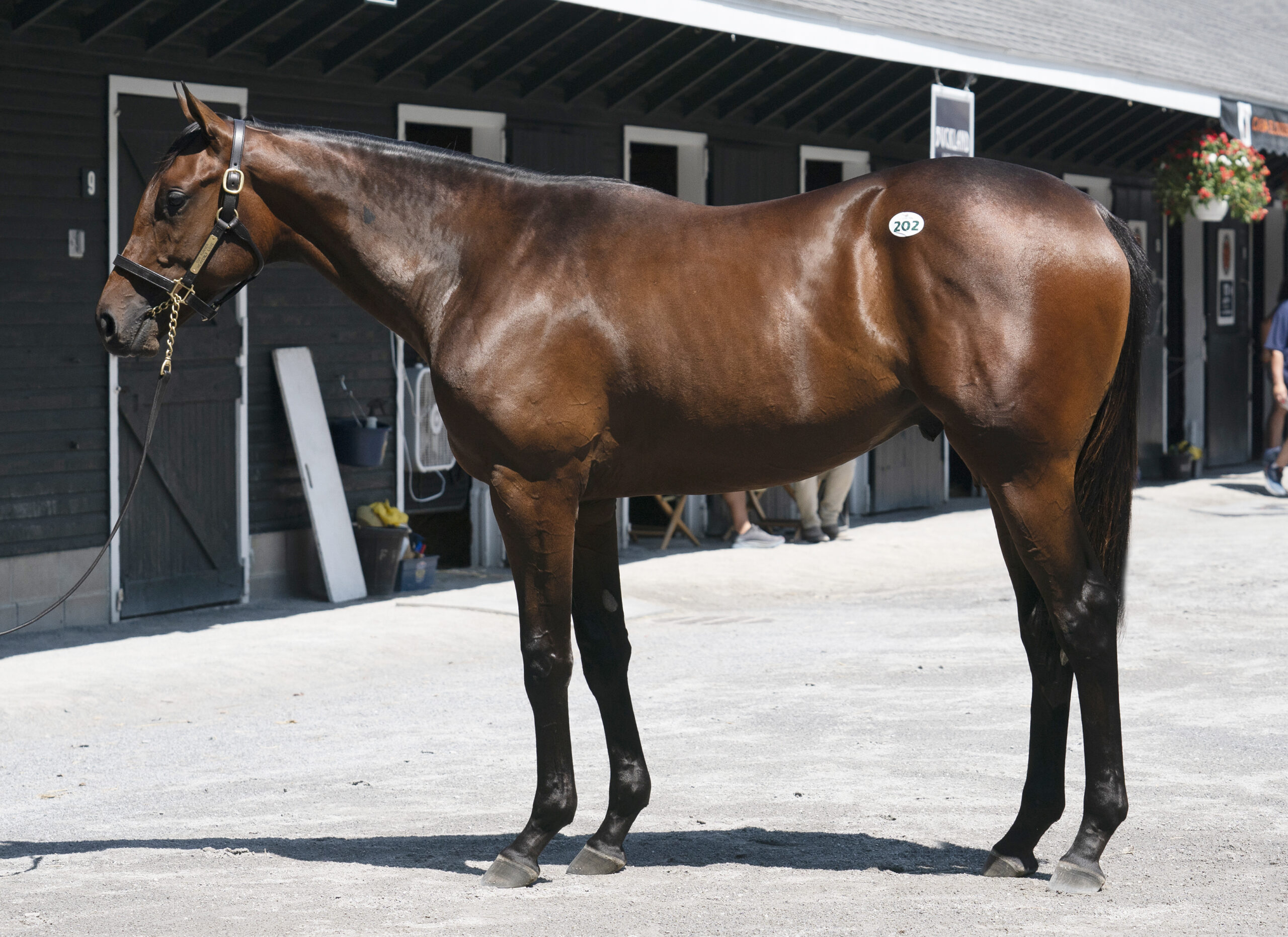 Naturally, such relentless success has spilled over into the auction ring, where demand for his progeny reached fever pitch in the sale of a colt out of Heavenly Love, for whom MV Magnier and Peter Brant of White Birch Farm paid $2.3 million. Bred by Debby Oxley and sold through Gainesway, the colt is the second foal out of the Grade 1 Alcibiades Stakes heroine Heavenly Love. In turn, the daughter of Malibu Moon is a half-sister to the Grade 2 winner Forever Darling and out of the Grade 1-placed Darling My Darling.

In a show of real appreciation for Gun Runner, Magnier also went to $1.4 million for a colt out of the unraced Giant’s Causeway mare Flag Day from Denali Stud.

It was also a big night for veteran Hill ‘n’ Dale Farm sire Curlin thanks to a sister to Grade 3 winner First Captain, himself a former Saratoga sale-topper, who sold for $2 million to West Point, Woodford Racing and 3C Stable and a colt out of Grade 1 winner Angela Renee, who made $1.75 million to agent Mike Ryan.

Stone Farm sold the filly on behalf of celebrity chef Bobby Flay, who had bred her out of the Grade 3 winner America, while Taylor Made Sales Agency sold the Angela Renee colt on behalf of breeder Don Alberto Corporation. 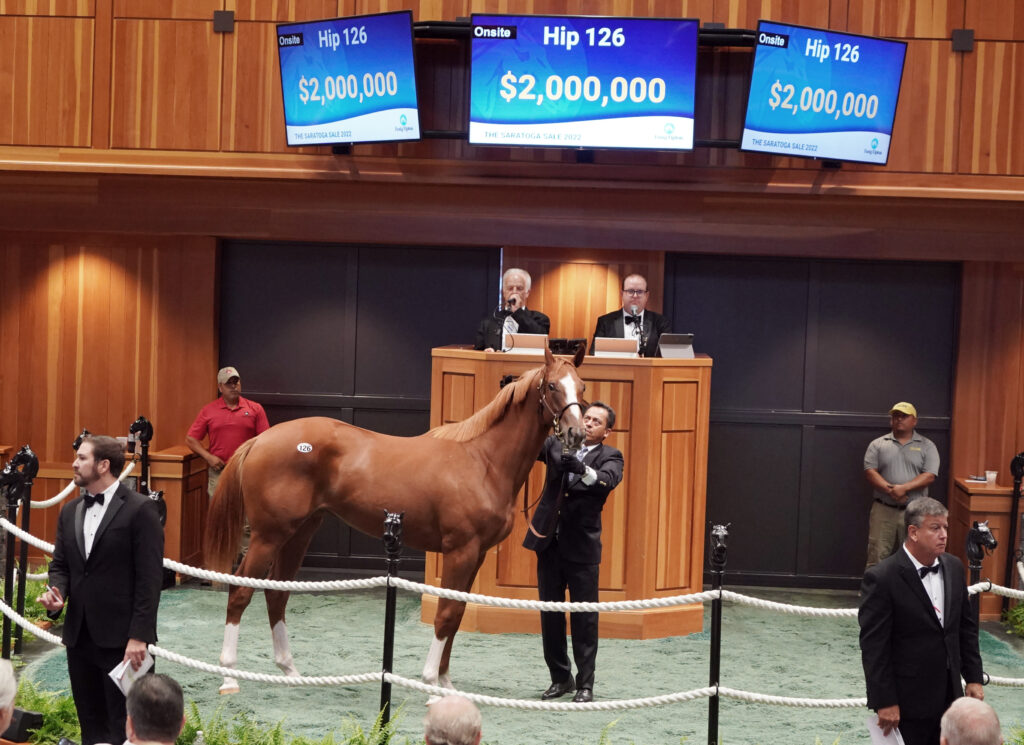 This Curlin filly joined her brother First Captain as stars of the Saratoga Sale. Photo – Fasig-Tipton