Adlerflug gelding was knocked down to Henrietta Knight

The Goffs UK Spring Store Sale hit new heights in Doncaster on Monday when hosting the sale of an Adlerflug gelding for £200,000. It was a record mark for the sale, which is fittingly celebrating its 60-year Diamond Anniversary.

Acting on behalf of Mike Grech, Henrietta Knight outbid Ryan Mahon and Gerry Hogan for the gelding, a three-year-old already named Ingraban sold by Ballincurrig House Stud. Out of the Group 3-placed Areion mare Inanya, a relation to top German performer Iquitos, his sale provided a fine mark-up on the €19,000 that he had cost as a yearling at the 2020 BBAG September Sale when knocked down to Chris and Claire Bonner. 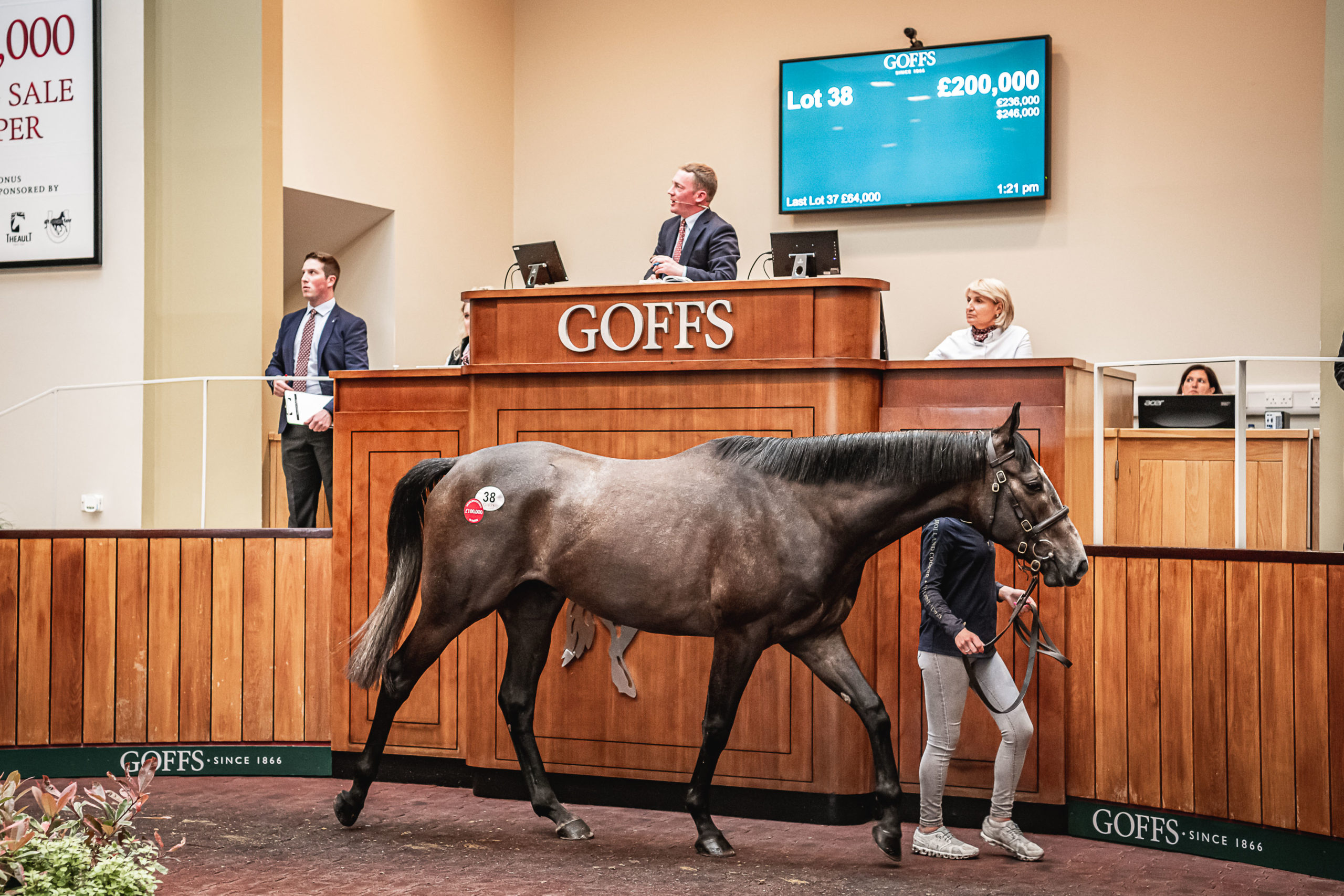 Henrietta Knight went to a sale record of £200,000 for this Adlerflug gelding. Photo – Goffs UK

While the session-topper was the sole representative catalogued by the much-missed German sire Adlerflug, the other six-figure lot of the day paid a further tribute to the lure of popular Coolmore jumps sire Walk In The Park. Tom Malone, acting on behalf of Paul Nicholls, went to £175,000 for the well-related gelding in question, a half-brother to the high-class Didtheyleaveuoutto who boasts the former Nicholls-trained star Denman among his close relations.

Out of the Snurge mare Pretty Puttens, the Irish-bred had cost vendor Wille Bryan of Worthen Hall Stables just €40,000 as a foal.

Ross Doyle, signing for Joe Tizzard, was also active, going to £80,000 for a son of the popular Affinisea from Galbertstown Stables while Matthew Flynn O’Connor of Ballycrystal Stables signed at £75,000 for a Flemensfirth gelding out of the high-class hurdler Give It Time from Park Farm.

The most expensive filly of the day was a daughter of Blue Bresil who was sold by Yorton Farm for £65,000 to Highflyer Bloodstock and Middleham Park Racing.

The Store Sale concludes on Tuesday.

Up Next
First Foal focus