The son of Kitten’s Joy was supplemented for a fee of £30,000 to take his chance in the Group 1 feature

Godolphin’s lean spell in the Coral Eclipse came to an end courtesy of the Charlie Appleby-trained Hawkbill, who was supplemented for the race early last week at a cost of £30,000 – a decision which has reaped its rewards.

The flashy three-year-old colt made it a fifth win in the contest for the Godolphin operation, whose fourth success came 12 years ago with 2000 Guineas winner Refuse To Bend. The victory came as an ideal tonic for jockey William Buick, who is due to face a 30 day suspension which comes into force tomorrow.

In what looked an intriguing tactical puzzle beforehand, the Roger Charlton-trained pacemaker Countermeasure, took the field along at a brisk pace in the rain-softened conditions.

The well-backed favourite The Gurkha, who was bidding to give Aidan O’Brien a sixth win in the race, slotted into third in the early stages under Ryan Moore tracking fellow three-year-old Hawkbill. Time Test and My Dream Boat representing the older generation were ridden more patiently hoping to be delivered with late challenges.

After some scrimmaging on the turn in, the seven runners fanned out down the middle of the home straight, with Hawkbill and The Gurkha seemingly travelling best under their riders. The duo settled down to battle it out in the final furlong and a half and despite losing the lead briefly, the Godolphin colt battled on in gutsy fashion to land the prize by a non-diminishing half-a-length.

For the son of Kitten’s Joy, a $350,000 yearling, this triumph comes on the back of a dominant display in the Group 3 Tercentenary Stakes at Royal Ascot only 16 days ago. The colt was going into his first Group 1 on the back of five straight wins, the second having been a first handicap success at Kempton Park on the all-weather off an official mark of 81.

No doubt fortune favoured Buick, whose success has come at the right time after feeling the heat of the Chantilly stewards’ two weeks ago. His suspension will see him miss a fair chunk of the season including Nemarket’s July meeting next week and Glorious Goodwood.

“What a lovely horse and what a call by the whole team for supplementing the horse,” reflected Buick. “Winning these big races is very important but it’s very hard to do and this horse has come at a very good time for me as well.

“We’ll let the dust settle first but he’s a very good horse, he goes in the ground well and the future is very bright for him.”

We’ll let the dust settle first but he’s a very good horse, he goes in the ground well and the future is very bright for him

Hawkbill joins three former Godolphin inmates to have claimed Esher’s Flat showpiece of the season. Refuse To Bend, a purchase out of the Dermot Weld yard was their most recent in 2004, preceded by the grey Daylami who won the race in 1998 and Halling who scored back-to-back victories in 1995 and 1996.

For Newmarket-based Appleby, this triumph with Hawkbill ranks as one of his finest so far, in a career which has already tasted success at the highest level around the world.

Appleby said: “He thrived and came out of the race so well, John [Ferguson] myself and His Highness Sheikh Mohammed got together and said well perhaps we should be having a good look at this.

“We were delighted by what we saw [last] Saturday morning and a lot of congratulations goes to his work rider who deals with him at home and he gave us the confidence as well to have a crack at it.”

Earlier in the afternoon, the Kevin Ryan-trained Brando took the step up to Group 3 level in his stride by stealing the limelight in the Coral Charge under Tom Eaves. The four-year-old colt by Pivotal travelled strongly through the contest and after building up a decisive advantage inside the final furlong, held off a late thrust by Monsieur Joe to edge it by a short-head.

The Group 2 Lancashire Oaks produced an open looking finish which saw Appleby and Godolphin land the first part of an across the card Group race-double, as Endless Time prevailed by a comfortable half-a-length at a damp Haydock Park.

The four-year-old filly was last seen in action last October romping to victory in the Listed Bluebell Stakes at Naas and displayed a good attitude on her seasonal debut to see off former Chilean-based filly Furia Cruzada. 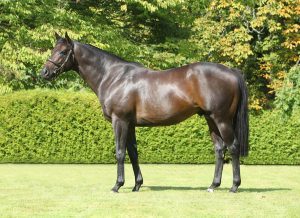 Up Next
Shanakill reaches elite level