As students of Thoroughbred pedigrees, we are all taught that the modern Thoroughbred descends from three foundation sires of the 18th century; Herod, Matchem and Eclipse.

In 2018, I looked at the trends of sire lines available in North America over a 28-year period from 1991-2018. What I found was a rapid decrease in the number of diverse sire lines accompanied by a rapid expansion of just a few sire lines with young unproven stock.

I have turned my attention now on studying the sire lines available to European breeders by looking at the featured stallions in the Weatherbys Stallion Book at the beginning of each decade from 1990 through 2020, to see if similar patterns are observed. For the purposes of this article only those stallions standing in England, Ireland and France will be included.

In 1990 there were 236 stallions that fell into this category, with the following breakdown; England 123, Ireland 76 and France 37.

“Both the Herod and Matchem lines have nearly disappeared in Europe”

Of this group of stallions, the only representative of the Matchem line was the five-year-old champion Warning, standing his first season at Juddmonte’s Banstead Manor Stud and the only hope of the In Reality line’s survival in Europe.

The Herod line fared a bit better with ten representatives, helped by the arrival of young sons of Ahonoora – Nashaama and Indian Ridge – to the ranks.

Just as in the US, the Eclipse line dominated with 95% of featured stallions tracing back to him. Nearly three-quarters of this line descend through Phalaris.

The Nearco branch of Phalaris accounted for 82%, while ten per cent descended through Native Dancer. The Nearco branch was nearly divided in half by Nasrullah (42%) and Northern Dancer (36%). The 1970 Triple Crown winner Nijinsky was responsible for 12 sons and grandsons, while French Group 1 winner Lyphard, who had been repatriated to the US, was represented by five European sons.

Champion Nureyev already had six sons at stud despite being ten years younger than Nijinsky. His crop mate, the non stakes-winning Danzig, was beginning to make a mark with five.

The narrowing of the pool

As the calendar advanced to the next century, the number of featured stallions in the 2000 edition declined approximately ten per cent from 1990.

A total of 213 were divided as such; England 103, Ireland 81 and France 29. While England and France saw a slight decline, the number of stallions in Ireland increased just a touch.

Warning had done his part in keeping the Matchem line alive by contributing four sons to the new century. His sire Known Fact also added durable sprinter So Factual to the equation.

Ahonoora continued to add to the Herod line via five sons, including Indian Ridge, himself now responsible for three sire sons. 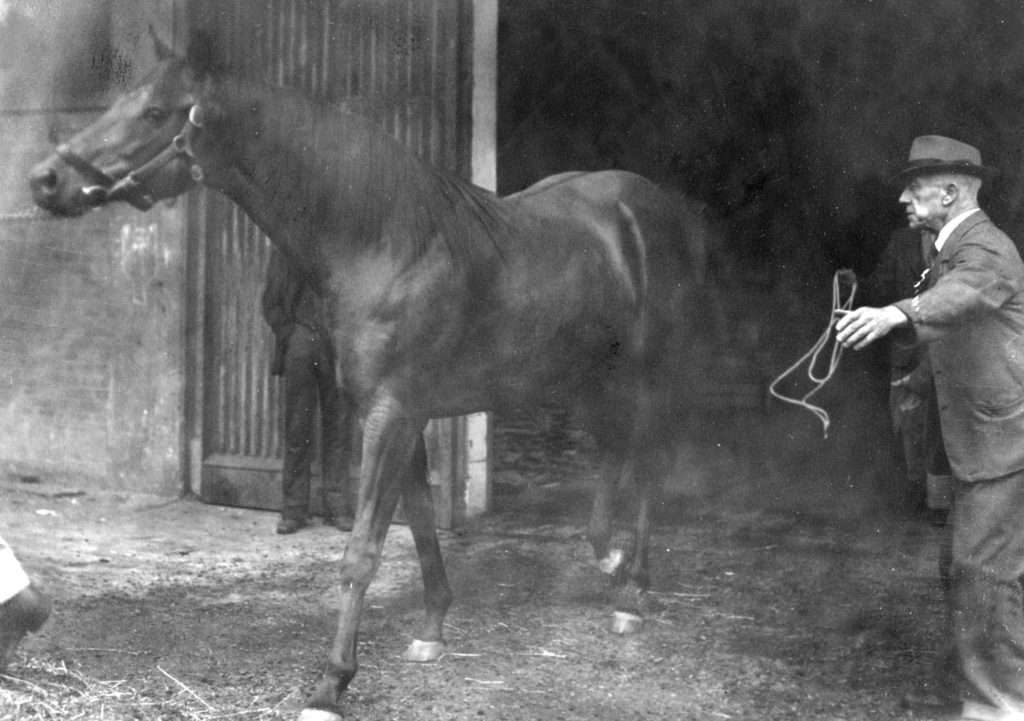 The Eclipse branch still dominated with more than 94% of the stallions now tracing back to this descendent of the Darley Arabian. The St. Simon line, which had 11 stallions in 1990, was now whittled down to just six. The Teddy, Colin and Blandford lines were also diminishing from 20 representatives in 1990 to just nine in 2000. Numbers from the great Hyperion decreased from 30 to 11; only his Argentinian-foaled grandson Forli and Owen Tudor remained to carry the torch.

The Phalaris line continued to be dominated by the branches belonging to Native Dancer, mostly through Mr. Prospector, and Nearco. Whereas in 1990, the Nearco branch was divided fairly evenly between Nasrullah and Nearctic (sire of Northern Dancer), the year 2000 saw Northern Dancer make a huge gain on the Nasrullah group; 98-37.

Northern Dancer on the other hand was starting a dynasty with 18 of his sons listed as sires or grandsires in Europe. These included the aforementioned Nijinsky, Nureyev, Lyphard plus the newcomer Sadler’s Wells, who had 14 sons of his own featured.

Danzig, who was just getting started in 1990, was now responsible for 19 sons and grandsons.

One son and three grandsons of Warning still survived from the Matchem line. Group 2-winning two-year-old Winker Watson, a son of Piccolo, made his debut in 2010 while Firebreak (by Charnwood Forest) and Avonbridge (by Averti) were just beginning to have runners, and had both sired Group horses in their first crop of two-year-olds.

The Herod line was still alive with five sons and one grandson of Indian Ridge. Some of the minor branches of Eclipse also clung to life in 2010, with Cadeaux Genereux offering two sons and two grandsons to the gene pool.

Meanwhile, Group 1 winner Tomba, by Efisio, offered a conduit to Aristophanes while in the German-bred Lando, a son of Acatenango, there was another opportunity for outcrossing.

The Sharpen Up pair of Selkirk and Diesis accounted for seven featured stallions from the Native Dancer line that did not involve Mr. Prospector. The French Classic winner American Post was also an option for Native Dancer blood through his sire Bering, who traced back to the great Sea-Bird.

“Northern Dancer on the other hand was starting a dynasty”

The outstanding North American sire, Mr. Prospector, continued to make inroads in Europe with 24 grandsons and great-grandsons, up from 13 in the previous decade. Son Gone West led the way with six followed closely by Kingmambo (5) and Machiavellian (3).

Nasrullah line horses, however, continued their decline against Northern Dancer; a total of 17 descendants represented nearly a 50% drop from the previous decade. The Never Bend branch still supplied the most individuals, primarily through the Aga Khan’s Darshaan, the sire of five sons and one grandson. The previously prominent Blushing Groom line, which had 11 descendants in 2000, was down to only the French Derby winner Le Havre (by Noverre).

Kirsten Rausing’s Lanwades Stud in Newmarket had acquired Caro’s son With Approval from the US to offer English breeders the only direct line to Grey Sovereign. Irish breeders had the useful Verglas, now ten, while the French could use his young son Stormy River or second-year sire Literato, a son of Kendor.

The Royal Charger line of Nearco maintained its numbers from 2000 to 2010 with not only the Roberto line horses of Dr Fong, Lucky Story, Art Connoisseur, Prince Arch, Intikhab, Red Clubs and Rob Roy, but also with the addition of the first of four sons of Sunday Silence to make their way from Japan; Great Journey, Layman, Six Sense and Vita Rosa.

The continued success of Northern Dancer blood on the European turf guaranteed an expansion of his line in 2010 with now more than 100 stallions tracing back to him on the male line. Nearly half of these could be traced to Danzig, with son Danehill responsible for 60%.

Coolmore’s stalwart Sadler’s Wells was hot on the heels of Danzig though, with nine sons of his own and an additional ten grandsons.

With a rebounding economy and record prices at sales, it is no surprise that the 2020 book features an increase in the number of stallions, with 218.

As we head through the 2020 breeding season, our only remaining link to the Herod sire line hangs by a thread with the Group 2-winning sprinter Pearl Secret, who will be represented by his first runners this year. A sire line that was once responsible for champion sires such as Blakeney, Luthier and Arc winner Djebel now solely relies on this flashy chestnut who stands for £4,000 at Chapel Stud.

The four sons and grandsons of Warning that carried the Matchem line in 2010 no longer contribute to their sire line, although grandson Dream Ahead has added two of his own young sons to the mix in the Group 1 winners Al Wukair and Donjuan Triumphant.

Danzig is responsible for 93 of this group, primarily through his two sprinting sons Green Desert and Danehill.

Green Desert is responsible for Juddmonte’s champion sprinter Oasis Dream, who now has eleven of his sons and grandsons listed by Weatherbys as plying their trade in Europe. Green Desert’s son Cape Cross also has a handful of young sons at stud including the Derby-winning pair of Sea The Stars and Golden Horn.

Green Desert’s biggest contribution to the gene pool, though, is via Invincible Spirit. This star of the Irish National Stud has 15 sons and two grandsons listed including the popular Kingman and new sire, 2,000 Guineas winner Magna Grecia. 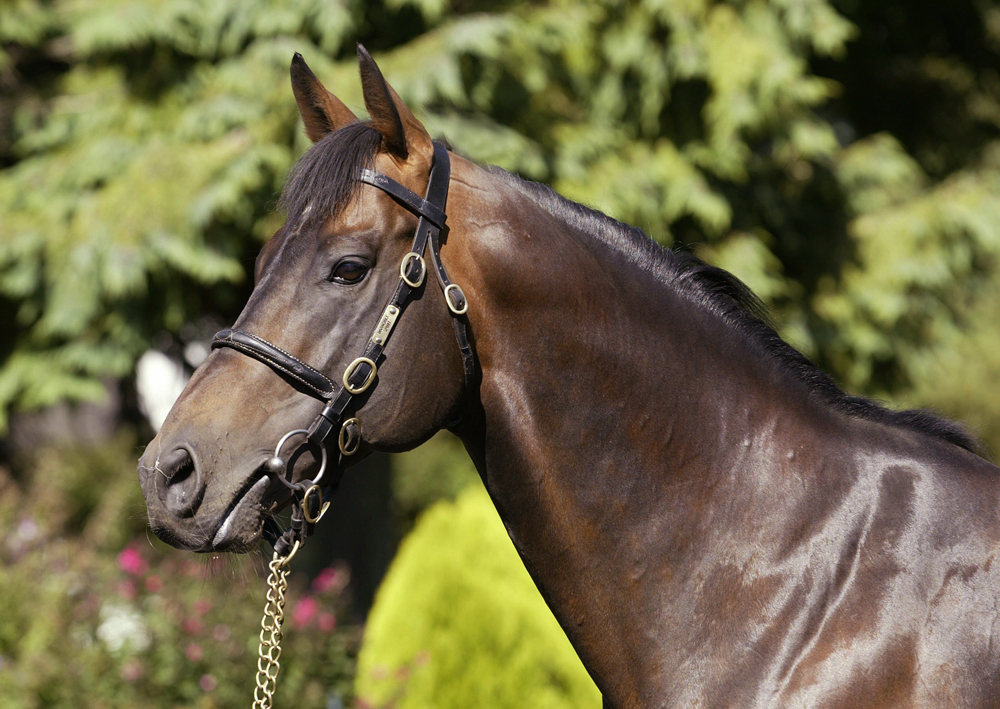 Danehill is not ready to hand the crown of Danzig’s leading sire of sires over just yet, however, with his line responsible for 45 featured stallions.

For instance, his son Kodiac has quickly proven popular with stallion masters, who have snatched up seven of his sons for stud.

Even so, the largest influx of Danehill is through his three Australian imports, namely Redoute’s Choice, Fastnet Rock and especially Exceed And Excel. These sprinters from Down Under have 11 sons at stud and one grandson listed between them.

Galileo carries the bulk of the Sadler’s Wells line horses, with an amazing 21 sons and an additional five grandsons. They have at least a dozen Classic wins on their resumes.

Also new to Europe are two sons of the leading North American turf sire Kitten’s Joy, who has Bobby’s Kitten at Lanwades Stud in England and Taareef at Haras du Mezeray in France.

The Storm Cat branch has made a significant leap over the last ten years thanks to Giant’s Causeway’s son Shamardal, who is represented by eight individuals, and the sorely missed Scat Daddy, who has six sons and two grandsons to carry on for him.

However, one of the largest increases from the Northern Dancer line over the last decade belongs to Try My Best and his grandson Acclamation. The latter now has six sons listed in the Weatherbys book including the young Breeders’ Cup winner Expert Eye.

It is another son of Acclamation, though, that is getting all the headlines. The striking grey Dark Angel has sired seven Group 1 winners and his sons are proving popular, with seven of them currently at stud in Britain and Ireland.

Breeders still looking for Nearco blood outside of Northern Dancer have a few options. The recently deceased Deep Impact, the best son of Sunday Silence, now has two sons available in Europe in the French Derby winner Study Of Man and 2,000 Guineas winner Saxon Warrior.

Former standouts from the lines belonging to Nasrullah, Mill Reef, Blushing Groom and Kenmare, however, now consist of only four horses between them – down from 17 a decade ago.

The Mr. Prospector tribe has maintained its numbers from 2010 although with a new standout sire in Dubawi. The current king of Dalham Hall Stud who belongs to the only crop of the ill-fated Dubai Millennium, Dubawi is the breakout sire from this group and currently boasts nine stallion sons and two grandsons. They include Too Darn Hot, his most recent exciting son to enter stud after a championship two-year-old season and two Group 1 wins at three last year.

By contrast, the previously powerful Kingmambo is left now with only one listed son.

Of the others, Sharpen Up’s numbers decreased from seven to three. They include the Overbury Stud pair of Cityscape (by Selkirk) and Jack Hobbs (by Halling).

Other outliers include the Bahamian Bounty pair of Pastoral Pursuits and Anjaal to carry the Bay Ronald line of Cadeaux Genereux.

The champion German sire Monsun also offers an outcross through his son Vadamos at Tally-Ho Stud in Ireland. Another representative, Manduro, stands alongside his own son Ultra for Darley in France.

Unlike in North America where we have a seen a decline in the number of stallions over the last 30 years, the European stallion ranks have remained fairly constant.

What has changed though as well as in North America is a rapid concentration of certain sire lines at the expense of others. This may well result in a lack of genetic diversity as breeders struggle to find viable outcrosses for their broodmare band as it is with almost certainty that a significant proportion of their mares contain some combination of Sadler’s Wells and Danzig blood.

Kent Barnes is a graduate of Colorado State University with a master’s degree in equine reproduction. He has been the stallion manager for Shadwell Farm near Lexington, Ky., since 1991. 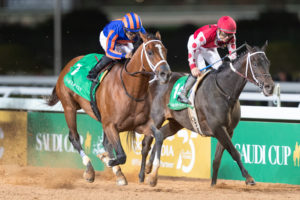 Up Next
Saudi Cup prize-money withheld