Farmer Knott having a Ball
Stories

Rain Affair, the rising star of racing in Sydney has an interesting past going all the way back to one of the most memorably named horses in British racing history.

The Bastard was one of Britain’s best stayers of the inter-war years. The son of the 1920 Derby winner Spion Kop won the Yorkshire Cup in 1930, finished third in the Ascot Gold Cup and set what was held to be a world record for a mile and a half when winning one summer’s afternoon at Newmarket (although, of course, hand-timed records for staying races at HQ need to be treated with extreme caution, with the start and the finish of the races being so far apart).

The Bastard was eventually bought to stand at Lyndhurst Stud in Queensland – but the Australian authorities deemed his name to be offensive, so it was changed to The Buzzard. Under this name, he proved a great stallion, being Australia’s champion sire twice in the late ’40s and coming up with several top-class stayers including the Melbourne Cup winners Old Rowley and Rainbird.

Rainbird, the winner of the Cup in 1945 under Billy Cook (whose son Peter subsequently won the race in 1984 on Black Knight) proved to be a great broodmare. One of her grand-daughters, Rain Shadow, who was by the inaugural Golden Slipper winner Todman, was bought by a young man called Don Storey (who in time would become a director of the Sydney Turf Club) as his foundation mare.

Mr Storey has now been breeding good horses for forty years, and his latest could well be his best. Rain Affair, a four-year-old son of Commands and the Octagonal mare I Believe (who is unique in the mother-to-daughter family chain in having a name which is not connected to rain) has now won his last nine races in Sydney, with his two most recent successes coming in Group 2 races. Rain Bird ranks as Rain Affair’s seventh dam, and this hugely progressive gelding seems sure to establish himself as the best which Mr Storey has owned and bred. Previously, his star was Rainbeam, a daughter (by the 1969 Golden Slipper winner Vain) of Rain Shadow who won the Silver Slipper Stakes at Rosehill in 1975 before becoming the dam of the top-class stallion Centaine.

Rain Affair, who is trained by Joe Pride at Warwick Farm, seems set now to step up into Group 1 company in the Newmarket Handicap at Flemington – which will be his first start in Melbourne – on March 10 and he is likely to start favourite there. If victorious, he could have Royal Ascot added to his list of future targets. 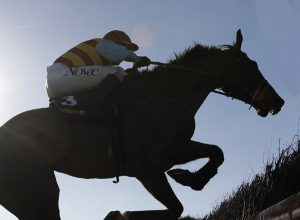 Up Next
Farmer Knott having a Ball