Racing in France could resume behind closed doors from May 11 according to a statement from France Galop.

French racing has been halted since March 17 because of the coronavirus pandemic and the intended resumption would adhere to strictly controlled health conditions with only the trainer, jockey and one groom permitted on the racecourse for each runner.

In order to manage the health risk, horses trained abroad and jockeys who hold a foreign licence will not be allowed to ride in races in France until the end of May. Jockeys quarantined in the country are exempt from this.

The resumption is dependent on the ongoing pandemic and the measures taken by the French government in view of a gradual exit from lockdown.

A statement from France Galop added: “These restrictive procedures do not allow the organisation of all the races initially programmed as some racecourses do not have the capacity to meet the regulatory requirements.

“Regarding the fixture lists, with a view that the sport will resume on May 11, the parent companies are placing a strong emphasis on finding a suitable balance between the different divisions, which ensure the success of the French racing and breeding industry.

“France Galop and LeTROT will publish their fixture lists in the following days.

“Prize-money policy from the moment racing resumes depends on the outcome of discussions that are currently being held with the responsible ministers. In fact, prize-money and premiums are financed through betting and if racing resumes on May 11, PMU betting shops will only be partially operation, depriving betting operators and the entire racing industry from essential income.

“The meeting that took place on April 21 between the presidents of the parent companies and the Minister of Public action and accounts and the Minister of Agriculture proved constructive and discussions between the leaders of the parent companies and the government authorities continue so that the racing industry can overcome the financial losses caused by this health crisis.” 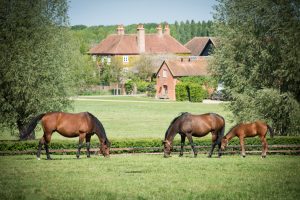 Up Next
British thoroughbred DNA sampling switched to Ireland