The Kentucky yearling season finally got underway on Wednesday with the Fasig-Tipton Selected Yearlings Showcase, a melting pot of yearlings originally scheduled to head to either the auction house’s July Select, Saratoga or New York-bred auctions.

Little has been normal in these Covid months and indeed, with the glamour of Saratoga and that early dip into a July market missing from 2020, this was not the opener to a season that is annually highly anticipated. Instead, there was some relief that sales houses are able to stage an outlet for breeders to shift their stock and as the day went on, a dose of realism from participants to meet expectations and match the tepid market.

However, there was a seven-figure transaction in the sale of a Quality Road filly out of Irish 1,000 Guineas heroine Marvellous for $1.5 million to Robbie Medina, acting on behalf of Joseph Allen. Another eight yearlings sold for $500,000 or more.

As her price tag suggests, the session-topping filly boasted a pedigree that translates all over the world. Bred in Kentucky by the Coolmore-affiliated Orpendale, Chelston, and Wynatt and sold through John Sikura’s Hill ’n’ Dale Sales Agency, she is out of the 2014 Irish 1,000 Guineas heroine Marvellous, already dam of the Listed winner Fort Myers. In turn, Marvellous is a Galileo sister to the Classic and/or Group 1 winners Gleneagles and Happily, and out of blue hen You’resothrilling, a Group 2-winning sister to Giant’s Causeway. The family also includes multiple Group 1 winner Decorated Knight. 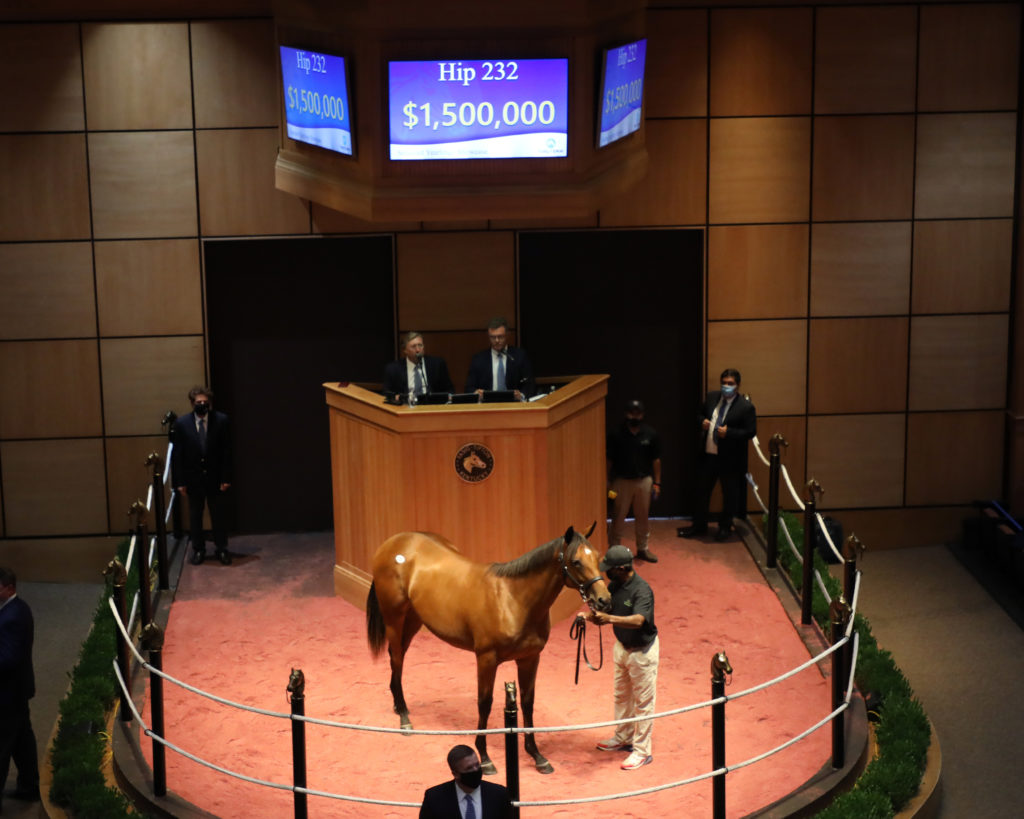 This Quality Road filly will race for Joseph Allen after selling for $1.5 million. Photo – Fasig-Tipton 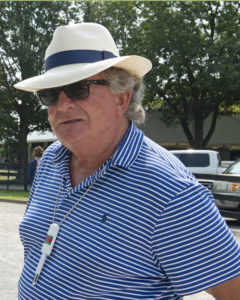 Demi O’Byrne, working primarily on behalf of owner Peter Brant, was active throughout the day, spending $1.535 million on four yearlings led by a $700,000 son of Into Mischief sold by Denali Stud on behalf of Jeff Lewis’ Lewis Thoroughbred Breeding.

The colt is a half-brother to Grade 2 winner Made You Look and another from a deep family as a grandson of champion Serena’s Song, also the dam of Group 1 winner Sophisticat.

O’Byrne, who recently launched O’Byrne & Grassick International Bloodstock Agency with Sean Grassick, also went to $320,000 for a filly from the first crop of Coolmore’s Practical Joke.

The $700,000 mark was also hit by a daughter of the ever-popular Curlin who was purchased by agent Donato Lanni, acting for Gamine’s owner Michael Lund Petersen.

Sold by Blue Heaven Farm, the filly is out of the Grade 3 winner Our Khrysty, a Newfoundland half-sister to Grade 1 hero Bullsbay. 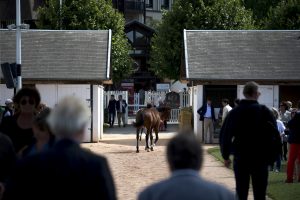 Up Next
Dubawi filly heads muted first day at Arqana