As the recent source of Torquator Tasso and Princess Zoe among others, the nation’s breeding industry continues to punch above its weight

German breeders’ annual output is dwarfed by the foal crops of Britain, Ireland and France, having fallen from around 1,000 a decade ago to no more than 800 in recent years. But what it lacks in quantity, it more than makes up for in quality.

That was illustrated most starkly in the past 12 months by the Adlerflug colt Torquator Tasso, who came with a storming late run to defeat Tarnawa, Hurricane Lane, Adayar and Sealiway to win the Prix de l’Arc de Triomphe.

But he was by no means the only German-bred who shone on the global stage in that period. Princess Zoe, a former winner of the Prix du Cadran, finished second in the Gold Cup at Ascot; Real Appeal scored in the Ballycorus Stakes and Boomerang Mile at Leopardstown; Axana landed the Chartwell Stakes at Lingfield; and Schnell Meister took the NHK Mile Cup at Tokyo.

Some of the biggest stars of the Flat season have German roots, too. Derby and King George hero Adayar is descended from Anna Paola, a Preis der Diana winner by Prince Ippi who became an important foundation mare for Sheikh Mohammed, while Irish Derby, Grand Prix de Paris and St Leger victor Hurricane Lane is out of a mare by Monsun’s champion son Shirocco.

In fact, German breeders can even claim a small slice of the credit for Galileo and his many top-class descendants, as the late Coolmore phenomenon’s maternal granddam Allegretta was the product of two German-bred parents in Lombard and Anatevka. Torquator Tasso, who stays in training with Marcel Weiss in 2022, hails from the same highly influential distaff line.

The results are a vindication of German breeders’ focus on later maturation and middle-distance ability, and their observance of stringent breeding rules, especially in relation to stallions who can stand in the country. They must have achieved a sufficiently high rating, raced for more than one season and not on medication, and they should display no physical defects.

“Torquator Tasso was a wonderful result and I’m very happy for the breeder and owner, as they’re such good people,” he says. “It shows what German breeding is capable of, even with only 800 foals or so each year.” 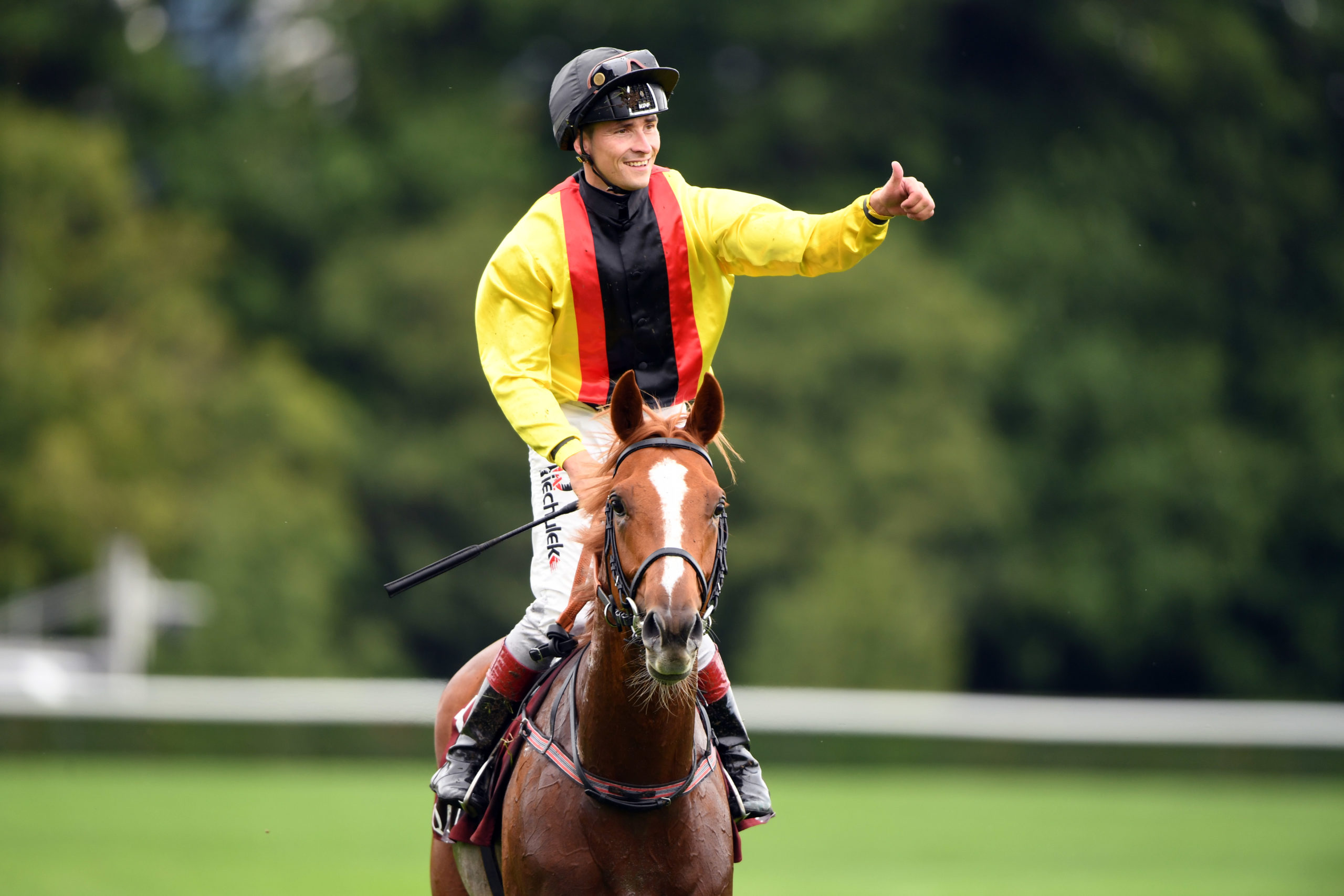 Torquator Tasso: Arc hero, a son of Adlerflug who cost €24,000 as a yearling, flies the flag for German breeding. Photo – Bill Selwyn

Klaus Eulenberger, managing director of Baden-Baden sales company BBAG, which sold both Danedream and Torquator Tasso, agrees that the results have put a spring in the step of the country’s racing industry, which has suffered some shrinkage over the past ten years as betting on other sports has become more popular.

“Everything seems quite positive in German breeding at the moment,” he says. “Even with the Covid situation there were more mares covered in Germany this year than in 2020, and there have been a few more horses in training – not big numbers but significantly no decline either.

“I always feel it’s important to stress that German breeders have to aim to produce good, sound racehorses, because if they don’t it becomes hard to survive: there’s no premium system or breeders’ prizes, and purses in Germany aren’t huge, so they need to be getting winners with regularity.”

German-breds are not short of fans in other countries, but it does seem that the admiration doesn’t always convert into acquisition at source. For instance, Danedream was knocked down for just €9,000 as a two-year-old, and Torquator Tasso hardly cost the earth as a €24,000 yearling. International participation at Baden-Baden yearling sales is often healthy, but not as fevered as at other stops on the European auction circuit.

Baum, who has positioned Gestüt Brümmerhof as one of Germany’s most commercially astute studs and serves as vice-president of BBAG, bristles a little at the suggestion.

“We think we usually receive fair prices for our stock, and we’ve sold yearlings for €820,000, €400,000 and €360,000 to Godolphin and Qatari operations in recent years,” he reasons. “So I think there is a lot of respect for German-breds from many of the bigger stables, but of course there are others who don’t sign for German horses as much as we would like them to.” 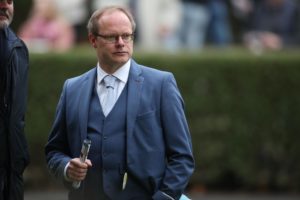 Eulenberger is more equivocal, saying: “It can be a little tricky as Danedream and Torquator Tasso don’t have fancy, internationally recognised pedigrees that an agent can easily purchase for an absent client – the quality of the individual has to be seen to be understood.

“The horses here are very different to what is available in Britain or Ireland; they are slower to come to hand and can’t be rushed by trainers, and they are being sold early in the season as our marquee sale has to coincide with the Grosse Woche racing festival at Baden-Baden.

“They are worth the wait, though, and we believe BBAG has one of the highest strike-rates of stakes-winners from the number of horses catalogued for any yearling sale in the world.”

BBAG sales have been remarkably buoyant in recent months, with the main yearling sale in September recording a five per cent increase in average price to €43,349 and 10% improvement in median to €43,094 and the mixed auction in October – source of Torquator Tasso in 2018 – seeing both key indicators of market health surge by around a third.

“We were very happy with the yearling sale, especially with the strength of the middle market – it was probably the best we’ve seen in Germany in a long time,” says Eulenberger. “There was good, solid trade at the October sale compared with some other years, and the high clearance rates at both events were really encouraging.”

It’s fair to say that the domestic sires who produce the bulk of the lots in those BBAG yearling catalogues are in something of a transitional phase at present.

The country’s breeding scene had been ruled for most of the new millennium by the incomparable Monsun, source of world champion Manduro, multiple Group 1 winners Getaway, Maxios, Novellist, Shirocco and Stacelita, the three Melbourne Cup scorers Almandin, Fiorente and Protectionist and the Queen’s Gold Cup heroine Estimate.

But since his death in 2012, the leading lights of the German stallion ranks have been In The Wings’ sons Adlerflug and Soldier Hollow.

Adlerflug, a seven-length winner of the Deutsches Derby, was little used in his early years at stud but shot to fame as the sire of Torquator Tasso, last year’s Deutsches Derby hero and Arc runner-up In Swoop, King Edward VII Stakes winner Alenquer and other top-notchers Alter Adler, Iquitos, Ito, Lacazar, Mendocino and Savoir Vivre.

Disaster struck when he died suddenly in April, midway through covering his best book of mares at an increased fee of €16,000 in recognition of his recent success. He managed to cover 27 mares in his final season.

Soldier Hollow, a four-time Group 1 winner on the continent bred by Car Colston Hall Stud in Nottinghamshire, has provided German Classic winners Pastorius, Serienholde and Weltstar, and fellow celebrities Dschingis Secret and Ivanhowe. He is no spring chicken, though, and doesn’t cover large books nowadays, with 45 mares visiting him in 2021. 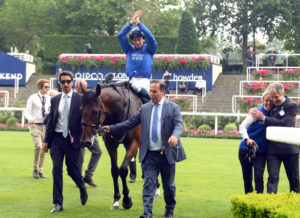 “Breeders from around Europe came to Germany to breed to Monsun or buy his stock, and he has been hard to replace,” acknowledges Baum. “We were one of the partners in Maxios and we tried our best to make him into a successor to his sire, but he was not successful for many breeders – though he was for us, as he gave us our Preis der Diana winner Diamanta.

“Adlerflug had just reached the point where he was getting more interest from overseas breeders, having started out covering some not very good mares at a small stud. I owned some breeding rights in him that I gave to friends as a Christmas present to use for their half-breds in the early days, as I didn’t want to use all of them.

“He gradually came good but all of a sudden that was it – he died. He has turned out to be an excellent sire, and if he’d lived I think he might have ended up in a similar realm to Monsun.”

Eulenberger adds: “The death of Adlerflug was bad enough, but then we also lost Lord Of England, the sire of this season’s impressive Preis der Diana winner Palmas, in October. Lord Of England’s son Isfahan looks very promising at Gestüt Ohlerweiherhof, having sired the Derby winner [Sisfahan] and Oaks second [Isfahani] in his first three-year-old crop, but Best Solution is the horse that many German breeders have got behind in recent years.”

Best Solution – a son of Kodiac out of Al Andalyya, a placed Kingmambo mare from the family of Juddmonte-bred Classic winners Brian Boru, Flute and Workforce – was trained by Saeed Bin Suroor to win the Autumn Stakes and to finish second to Waldgeist in the Criterium de Saint-Cloud at two, and to win the Lingfield Derby Trial and St Simon Stakes at three.

He blossomed at four, when he landed the Grosser Preis von Berlin, Grosser Preis von Baden and Caulfield Cup, and was later bought by a syndicate of German breeders comprising Gestüt Brümmerhof, Gestüt Röttgen and Gestüt Hof Ittlingen, and installed at Gestüt Auenquelle.

“Best Solution is a very correct horse and is medium sized, not too big and not too small, so suitable for all types of mares,” says the stallion’s joint-owner Baum. “He’s not a typical Kodiac, as he has more of a frame and of course was a stayer rather than a sprinter. It’s interesting that his foals are also less like Kodiac, and more in the style of Kingmambo.

“The pedigree received a nice update recently when his full-brother El Bodegon won the Criterium de Saint-Cloud, which is over 2,000 metres, so funnily enough he looks like another stayer for the family.” 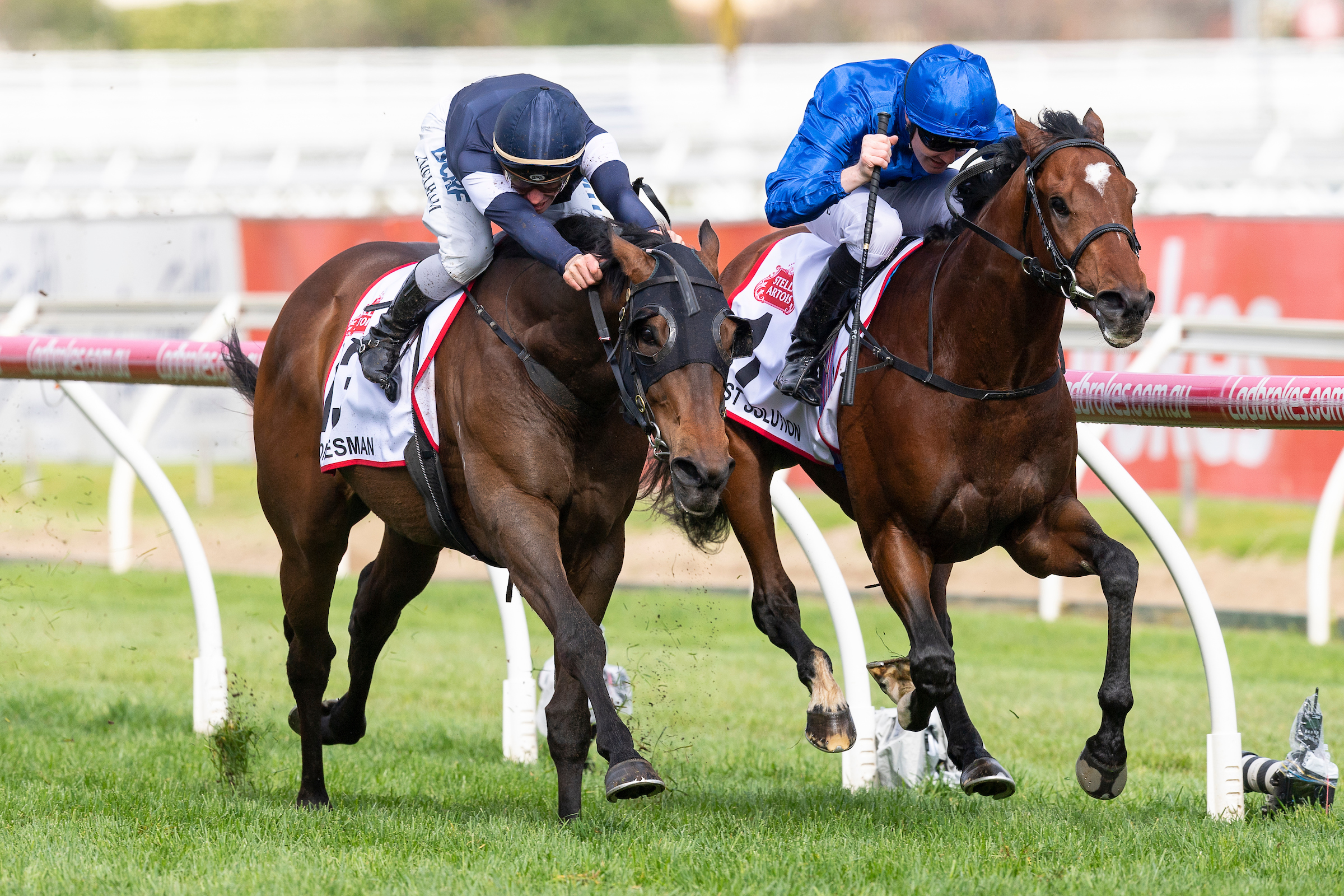 Gestüt Brümmerhof also owns outright the second busiest stallion in Germany in 2021, with 64 covers – its homebred Hackwood Stakes winner and Haydock Sprint Cup third Waldpfad, who was retired to stand at Gestüt Erftmühle at a fee of €3,000 at the start of the year.

“He was a little late-maturing but he became a top-class sprinter and he beat five Group 1 horses in England, which we think is a very special achievement for a German-trained horse out of a German-bred mare,” says Baum of the Shamardal half-brother to stakes winners Wiesenpfad and Waldtraut from the outstanding family of Waldgeist.

“For a Shamardal he is very correct, as a lot by the sire are not so correct even though it doesn’t stop them becoming brilliant racehorses. He should be the perfect outcross for a lot of mares, as he has no Danehill or Galileo in his pedigree.

“The decision to stand Waldpfad was very easy, and to help him out a little bit we bought some mares for him as well as supported him with some nice mares from our existing broodmare band. We’re very hopeful for him.”

There are plenty of other stallions in Germany worthy of breeders’ consideration besides: the likes of Protectionist, whose first three-year-old crop has yielded Group winners Amazing Grace and Lambo, and Reliable Man, who has 45 black-type performers to his name. Both well-bred Group 1 winners stand at Gestüt Röttgen.

And in 2023 the country’s stallion ranks might gain a homebred Arc winner by a much-missed sire.

“Torquator Tasso is an extremely exciting prospect for German breeders and hopefully he’ll retire after winning his second Arc,” says Eulenberger, while Baum pleads with a laugh: “Such a talented horse from the line of Galileo could be a very important sire in Germany so please don’t make him sound too attractive, as we don’t want him being sold abroad!” 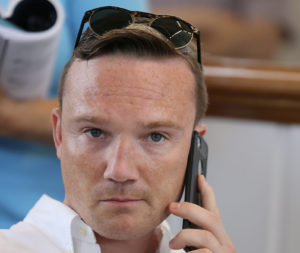