QIPCO’s aim is to stage a Champions’ Day offering £4 million in prize-money and four Group 1 contests within the term of the new contract. The inaugural British Champions’ Day in 2011 was worth a total of £3 million and was the richest day’s racing in Britain.

The new agreement will enable six-figure prize-money increases on QIPCO British Champions’ Day with the sponsor hoping to see upgrades for the Fillies & Mares Stakes and the Sprint from Group 2 to Group 1 status. The Long Distance Cup, currently a Group 3, is another race earmarked for enhancement.

Sheikh Hamad bin Abdullah Al Thani, Chief Executive of QIPCO Holding and brother of Sheikh Fahad, said: “We believe that Britain hosts the world’s best horseracing. We respect and appreciate the heritage of the sport and we would like it to maintain its status as the most important and deep-rooted in the world.

“This new deal highlights our commitment to the sport in this country and our desire to make QIPCO British Champions’ Day the best day’s Flat racing in the international calendar.

“We are still in the early stages of a journey which we hope will contribute to the overall wellbeing of top level Flat racing in this country for many years to come, with the subsequent benefits filtering down to the industry as a whole.

“This objective complements our own expanding bloodstock and racing operation, in which we have made a very substantial, ongoing investment and which will continue to be based in the UK.

“The deal reflects the very positive experience that we have enjoyed with British racing to date, and the pleasure we derive from our association with Britain’s most famous and iconic race meetings such as the Guineas, Derby, Royal Ascot, Goodwood and York.”

In addition to its backing of the Champions’ Series, QIPCO has also signed a new deal to continue its sponsorship of Newmarket’s Guineas meeting and the Group 1 Sussex Stakes at Glorious Goodwood until at least 2017.

Speaking on behalf of QIPCO Holding, David Redvers said: “Sheikh Fahad’s first day racing in Britain was at Newmarket to watch Makfi win the 2,000 Guineas in 2010. A year later saw the launch of the QIPCO British Champions Series which was showcased by the awesome display put up by Frankel in the first running of the QIPCO 2,000 Guineas.

“Goodwood epitomises all the best qualities of British racing and consequently it is a perfect fit for QIPCO Holding’s increasing involvement with the sport.

“Coming as it does at the mid-point of the season, the timing of the QIPCO Sussex Stakes also provides an excellent opportunity to highlight the company’s role in relation to the British Champions’ Series.

“We are thrilled to continue supporting the QIPCO Sussex Stakes which got off to an excellent start last year with the defining horse of the season, Frankel, posting his best performance of a brilliant year.

“We very much look forward to seeing Frankel again in this year’s running. We are blessed to have a horse of his stature returning to defend his crown.” 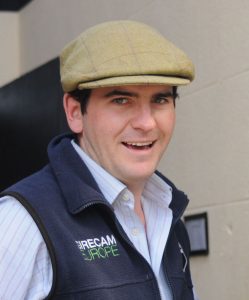 Up Next
French raids prove fruitful for UK trainers