Racing to continue in England and Scotland
Stories

2,000 Guineas hero will stand his first season at the Gloucestershire operation this year

Kameko will be given every chance to succeed as a stallion after Qatar Racing and Tweenhills revealed on Tuesday that they will be sending the 2,000 Guineas winner over 45 high-quality mares for his first season at stud this year.

The headline act among his first book is none other than Qatar Racing’s recent private purchase Con Te Partiro, sourced for $1.6m at the Keeneland November Breeding Stock Stole.

By the late Scat Daddy, Con Te Partiro was campaigned in the US and UK by Wesley Ward before being bought to continue her career in Australia with Gai Waterhouse and Adrian Bott.

It was while in the southern hemisphere that she became a dual Group 1 winner with victories in the Coolmore Classic and Coolmore Legacy Stakes.

Among the other mares being sent by Qatar Racing and Tweenhills to Kameko are the Listed-winning An Ghalanta, dam of the stakes winning Time Scale, and Common Knowledge, the dam of Group winners Astrophysical Jet, Coral Wave and Know It All.

Completing the home support are the stakes performers Roheryn, Ship Of Dreams, A Little Bit Me, and Granny Franny, a daughter of Grand Slam who has already produced three winners by Kameko’s sire Kitten’s Joy.

Tweenhills owner and Managing Director David Redvers said: “The QIPCO 2,000 Guineas has long been regarded as the greatest stallion-making race and Kameko won it in a time faster than any horse in history.

“We are committed to making Kameko a success at stud and are entrusting him with the most exciting broodmares from Qatar Racing and Tweenhills.

“He has received exceptional external support from some of the most successful breeders and breeding operations worldwide including Chasemore, Cheveley Park, Juddmonte, Meon Valley, Monceaux, Plantation and Whitsbury, and we can’t wait to get his season started.” 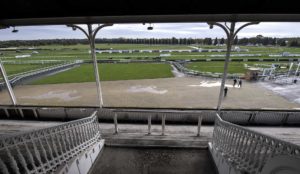 Up Next
Racing to continue in England and Scotland